.Thousands Plan To Join Hands Around Oakland’s Lake Merritt In Protest of Trump on Sunday 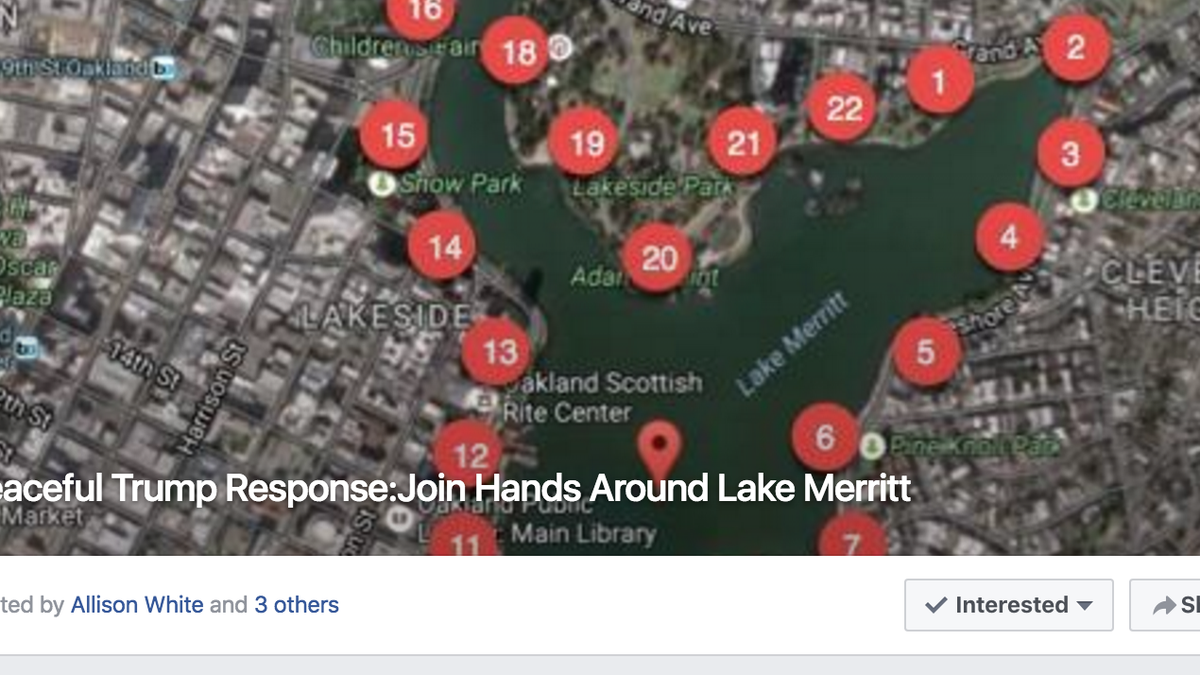 Share
Facebook
Twitter
Linkedin
Since Election Day, protests have overtaken Oakland. But on Sunday, the demonstrations will move out of downtown and into the afternoon. Thousands plan to join-hands at Lake Merritt, beginning at 3 p.m., in a peaceful show of solidarity against president-elect Donald Trump.

Organizer Allison White told the San Francisco Chronicle that she thought only a few friends would attend when she created the Facebook page earlier this week.

As of Saturday afternoon, the event page had been shared more than 36,000 times, and nearly 15,000 have expressed interest in attending.

Update: A noteworthy bit of Lake Merritt history is that “Hands around the lake” has been done before, on August 8, 1982, in the name of world peace: