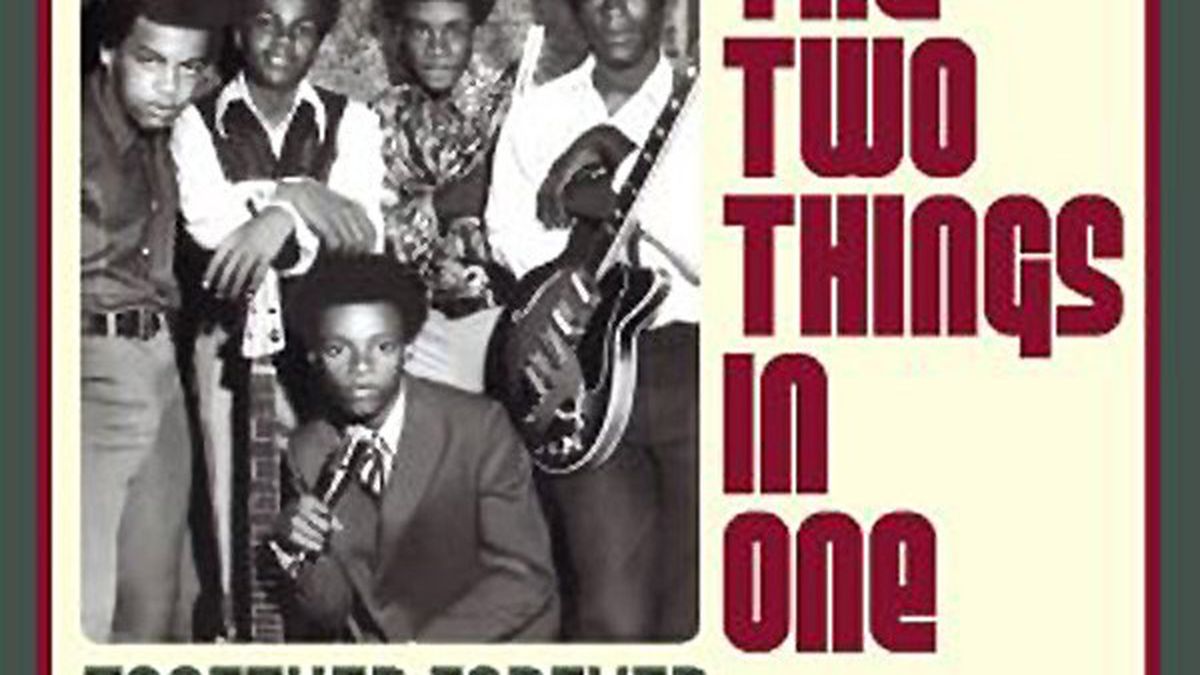 The Two Things in One

Together Forever: The Music City Sessions

The Two Things in One play both R&B and jazz, hence the name, although it also could apply to the fact that the Richmond, California, band was as adept at ferocious Meters-style instrumental funk as it was sweet Philly soul vocal harmony. The five members were still in high school when they signed with Music City Records in 1970 and cut three singles for the Berkeley label before splitting up five years later. Two — “Silly Song” and “Together Forever,” both of them ballads — were local radio hits, yet the group received no royalties, just charges for studio time. It’s one of several heartbreaking stories of greed and misfortune that reissue producer Alex Palao relates in his extensive notes for Together Forever, a compilation of all six single sides plus ten previously unreleased tracks.

Had the effusive lead vocals of Michael Jeffries and the masterful musicianship of guitarist Michael Griggs, organists Kevin Burton and Richard Meyer, bassist Johnnie Tucker, and drummer Marciel Garner reached a wider audience at the time, The Two Things in One might have attained the star status of such Bay Area contemporaries as Sly and the Family Stone, Tower of Power, and Graham Central Station. (Jeffries would later join Tower of Power.) The band’s original songs bristle with youthful vitality and consummate imagination. Even treatments of The Allman Brothers’ “Dreams” and Herbie Hancock’s “Cantaloupe Island,” two of several cover tunes on the disc, sound remarkably fresh. (BGP)