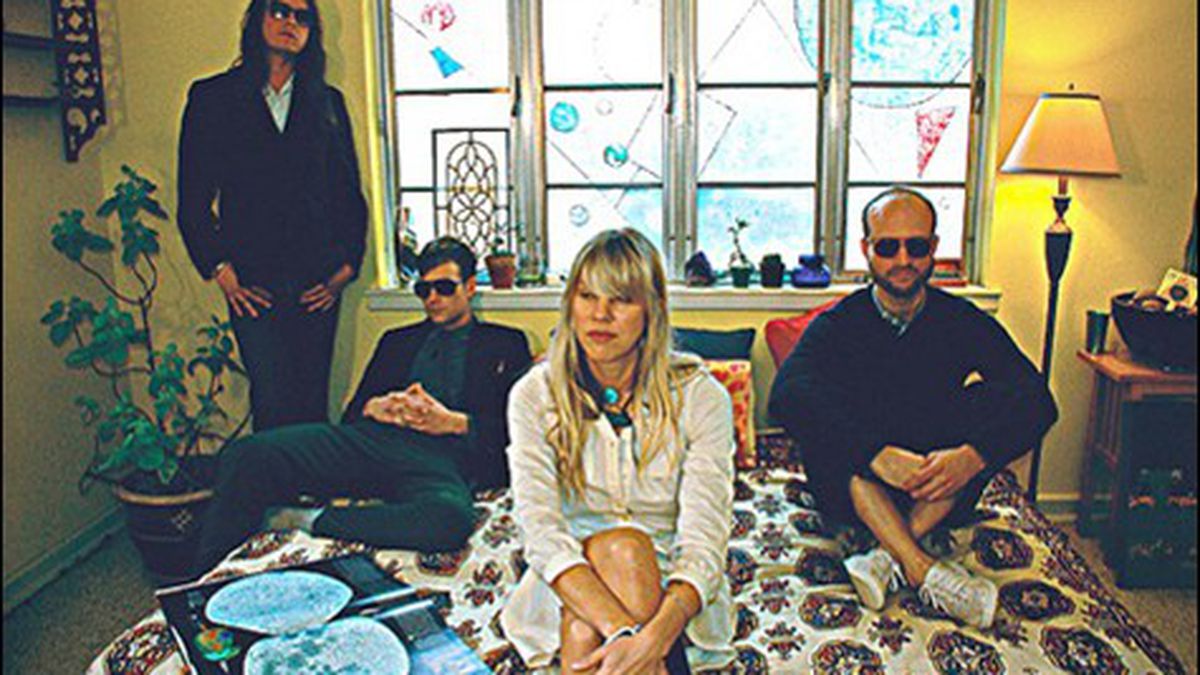 An up-and-coming reggae band wrestles with charges of "cultural appropriation."

To date, the general consensus among critics is that Extra Classic — a local dub-rock band whose members happen to be all white — plays music that’s well-crafted, yet highly problematic. A blogger for Bitch Media called it “the Vampire Weekend model of cultural appropriation.” PopMatters associate music editor Matthew Fiander wrote that it “sometimes borrow(s) uncomfortably from the subject material in reggae music.” SF Weekly music editor Ian S. Port described the group as “that rare, Jamaican-influenced (white) band that isn’t a total embarrassment.” In fact, most reviews of the band thus far have contained some mix of sheepish praise and moderate skepticism. It was similar to the reaction elicited by tUnE-yArDs, a successful Afrobeat band whose music could either be perceived as homage, or theft.

The fact that all the members of a reggae band are white isn’t unusual, but in the case of Extra Classic there’s an added layer of complication: They all come from indie-rock backgrounds. Vocalist Adrianne A. Verhoeven sings in a rock balladeer style (which, juxtaposed with the dub song structures, is what makes the music interesting), and the fans they attract appear to come mostly from the rock and garage scenes. As more than one reviewer indicated, it feels like one culture filching from another.

The members of Extra Classic say they haven’t been privy to these criticisms, though they’re not surprised. “Rock & Roll was played by Black People before it was played by White people, so is it also cultural appropriation when a white band plays Rock & Roll?” challenged Verhoeven, in an e-mail. “Perhaps it is, and so we are all practicing cultural appropriation when we are inspired by others outside of our own culture. Thankfully this never stopped The Clash from playing Jamaican-inspired music.”

Nor has it put a wrench in the band’s progress. Currently, Extra Classic is concentrating on its promising debut album, which has already garnered praise for its well-balanced mix of dub, garage, and world music. Last Friday afternoon, the members were slogging toward the Arizona border in a 1986 Chevy van with a malfunctioned air conditioner and a well-concealed stash of weed. The air wasn’t quite hot enough to fry an egg, but it had definitely passed the point of discomfort: Verhoeven and bassist Alex deLanda had the windows rolled down; drummer Josh Adams was suffering in the backseat. The band was slated to play in Tucson that night as the opener for the like-minded indie rock act Moonface (aka Canadian musician Spencer Krug). They had just a few hours to get there and get situated. It was going to be one hell of a day.

The tour was a brief, celebratory jaunt through the western states. It also marked Extra Classic’s first time performing with its current iteration, which includes Josh Miller on guitar and Aaron Deer on keyboards. More importantly, it was an opportunity for Extra Classic to show audiences that a reggae-influenced rock band can actually work, even if the concept is a little discomforting.

Although Extra Classic is only two years old, its members have already managed to create their own mythology. They met at a low-rider car show — in a figurative sense, deLanda conceded. “We all shared a love of old cars and low-rider doo-wop music,” he said, adding that in truth, he and Verhoeven have known each other for a while. In fact, he used to be a member of her eponymous indie soul band, Dri. (“Dri” was short for “Adrianne.”) They launched a proto version of Extra Classic during a 2009 tour.

The differences between Dri and Extra Classic were mostly surface-level. Dri fell within the “electronic modern soul” category, albeit with all the lo-fi, scrappy elements that make Extra Classic so appealing: vintage gear, rock arrangements, a smoky-voiced diva to hold everything together. But the current band marked Verhoeven and deLanda’s first foray into Jamaican music. Verhoeven says it was a natural progression. “We all have a lot of records,” she said, indicating that their collections include King Tubby and Jimmy Smith, alongside canonical rock of the Sixties and Seventies. Moreover, deLanda’s equipment — which included a sixteen-track console and an original Roland RE 201 — leant itself to that style.

Thus, Extra Classic began making some fascinating hybrid music. The band’s debut album, Your Light Like White Lightning, Your Light Like a Laser Beam dropped this month on Los Angeles label Manimal Vinyl. It includes such songs as the raffishly infectious “Congo Rebel” — which is as loyal an imitation of Jamaican skank as you’ll find anywhere in San Francisco — and the beseeching serenade “Give Me Your Love,” which borders on being a country ballad. Extra Classic performed both of them during a recent show at The Independent, which drew only a couple dozen fans. Verhoeven, who has the look of a long, blond, willow branch, brushed her hair back nervously as she addressed the audience. She dedicated “Give Me Your Love” to a friend in the audience who was due to have a baby in two weeks. “And it occurred to me — what if you went into labor while we were playing?”

Audience members turned to each other in modest embarrassment, as though trying to decipher the joke. Some tittered. A guy at the merch table seemed engrossed in his laptop. Deer let the first chord ripple from his Yamaha CS-30 keyboard. Verhoeven began singing in a voice that was barely more than a murmur: Like a lightning sky… People set their drinks down and stared at her raptly.

Verhoeven, who studied vocal performance at the University of Kansas and currently teaches music in elementary schools, says she came to reggae by way of American rock and soul. Before joining Extra Classic, she played in a rock band called The Anniversary, then veered into electro-soul with her solo project. The other band members have similarly scattered histories: deLanda played with the indie pop act Papercuts, Deer is known for working with psych-pop bands The Impossible Shapes and The Horns of Happiness; Adams spent four years drumming for the Kansas rock band Ghosty. In short, they all boast lofty indie rock pedigrees, which might lead world music fans to dismiss them as interlopers.

Not that Extra Classic is easy to dismiss. The band’s name derives from a 1976 album by Gregory Isaacs, but it could also refer to its obsessively vintage sound. Everything from the analog gear to the bristly production, the song structures, the lover’s rock bass lines, and — yes — the lyrics sounds like it could have been poached from an old Jamaican 45. Verhoeven’s dusky female alto shapes the sentiment of each song: sinewy on “Congo Rebel”; reproachful on “You Can’t Bring Me Down”; beseeching on “Give Me Your Love.” Extra Classic isn’t just a white band doing reggae; it’s a band doing reggae well enough to be taken seriously.

Your Light Like White Lightning has garnered many glowing reviews thus far, and the six-day jaunt with Moonbeam was pretty successful — at least in one respect. About an hour after leaving El Centro, Verhoeven wired a breezy dispatch from her iPhone: “Ps we made it through the border just fine!” &#8;