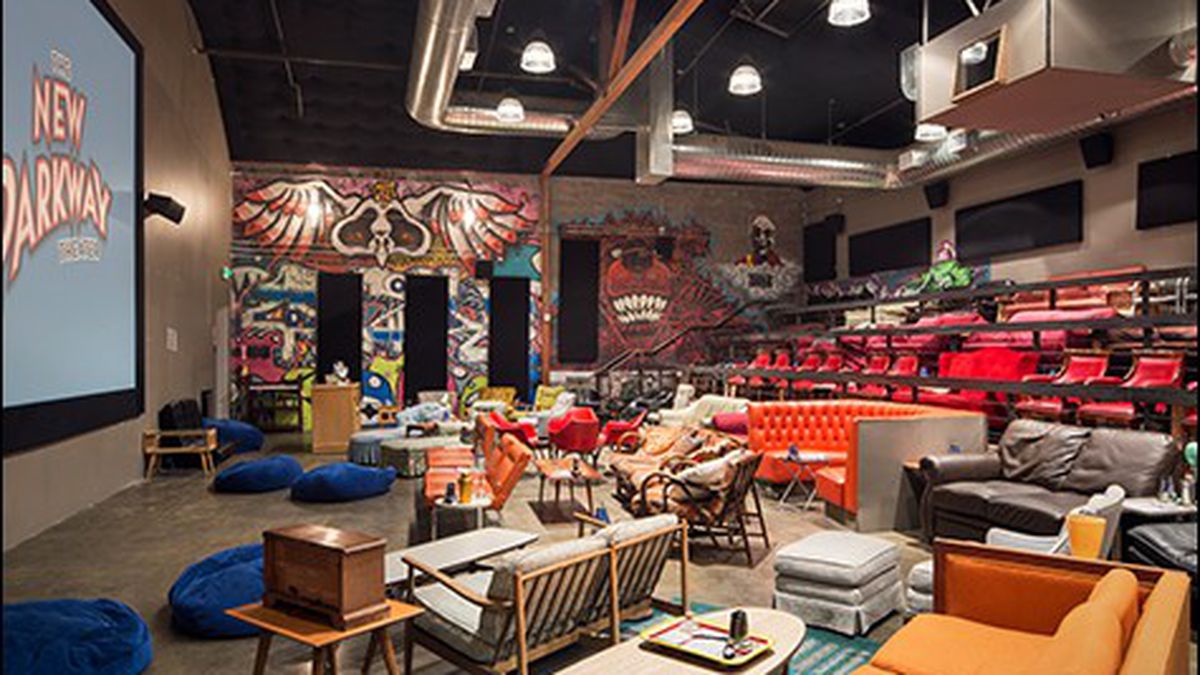 The New Parkway Turns One

The Oakland movie theater celebrates its one-year anniversary and looks ahead to a community-oriented future.

J. Moses Ceaser doesn’t consider himself a movie buff, which seems odd considering he’s largely responsible for reopening the beloved Parkway theater last year. The general manager and managing partner of The New Parkway said he’s gotten much more into movies since opening the revamped theater last year, but his interest lies more in “creating spaces that people come to feel engaged and feel at home.”

The 2009 closure of the Parkway Speakeasy, a longtime fixture on Park Boulevard, hit Ceaser particularly hard. He said the theater gave him the chance to connect with other people in the community. “I would go to the Parkway often on Wednesday nights and run into so many nonprofit people because it was two-for-one night,” said Ceaser, who used to run the nonprofit DiversityWorks. “[The Parkway] was doing all the things that I love about community-building, and I thought there could be lots of spaces like it.” So when he heard that the theater was closing, he felt compelled to find a way to reopen it.

After spending more than two years searching for an appropriate space, applying for loans, and dealing with construction issues, Ceaser thought that his job would be significantly easier after the doors opened at the theater’s new location on 24th Street last December. However, he soon realized many challenges lay ahead. “I thought the problem would be not being able to keep up with demand,” he said. “The biggest surprise is that there’s a lot of people who still don’t know that we’re open again or just haven’t visited yet.”

Despite some initial struggles, Ceaser said the theater has achieved some financial success in the past few months, though he still has loans to pay off. However, turning a huge profit is not his primary goal. “We’re not trying to compete with the Landmarks and the AMCs,” he said. “We’re trying to be a community space.” For example, the theater offers indie filmmakers and nonprofits a free timeslot each week to screen movies and keep the proceeds from the door, and when the Parkway becomes more financially stable, Ceaser hopes to expand the program.

Along with offering more community programming, Ceaser’s goal is to ensure that the theater is accessible to a broad cross-section of Oakland residents, and engages them in their community. “We need to be serving a movie-going population that looks exactly like Oakland,” he said. “I think that people being intellectually stimulated and feeling connected to people around them is a key part of community. And I think movies can do that.”

To celebrate its one-year anniversary this Sunday, December 22, The New Parkway (474 24th St., Oakland) will be showing films all day for just $1. Movie offerings will include Thrillville Theater’s Christmas Show, featuring the 1964 holiday cult classic Santa Claus Conquers the Martians. Moviegoers can also enter a raffle to win a year’s pass to the theater.