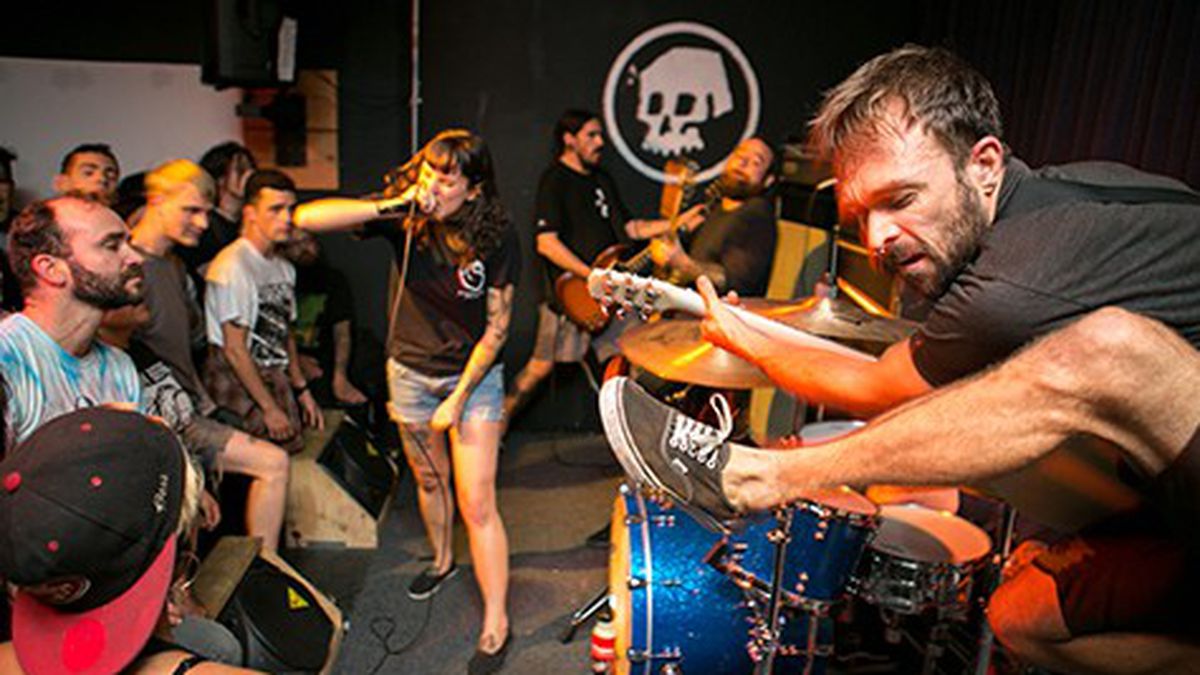 In this accelerated musical ecosystem, sometimes worthy titles pass by without notice. The best of what you may have missed.

In the East Bay’s accelerated musical ecosystem, worthy titles sometimes pass by without notice and lapse into irrelevance. This review roundup is a countermeasure — eleven rock titles released by local acts in roughly the last two months, corralled and considered individually.

The Aislers Set
Terrible Things Happen / The Last Match / How I Learned to Write Backwards
Between 1998 and 2002, The Aislers Set released a spate of albums and EPs of such consistently high-caliber music that the discography remains unparalleled by other local indie-pop outfits. In other words, it’s shameful that the band’s three core albums have been out of print for so long while lesser material is frequently dredged up by reissue labels — but justice isn’t a hallmark of the music industry. As these three reissues show, The Aislers Set slowly ornamented its restrained aesthetic with tasteful accoutrements, but Amy Linton’s regal vocals remained in the foreground, resplendent in character and rich with distinct melodic ideas. (Slumberland/Suicide Squeeze)

Beekeepers
Demo CS
What’s initially startling about Beekeepers’ demo isn’t the saturated, imposing scree of guitar feedback and synth-bleed, but rather the tight drumming beneath it. The noisy and now-familiar mire, recorded so thoroughly in the red, would quickly grow tiring with less control. Choked cymbals and blitzkrieg fills frame raucous keys and feral vocals, creating spry skeletons around Beekeepers’ slashed innards.

Face the Rail
Learning to Die
Face the Rail songs hurtle and careen wildly, but Learning to Die is impressively dynamic and melodic within the narrow constraints of its oblique take on hardcore. “The Pain That Won’t End” is nearly wistful at the beginning, with arpeggiated chords shimmering across a long build toward the song’s furious middle section. It decrescendos too, falling back on the expansive, ruminative atmosphere of the opening. In Learning to Die’s strongest moments, hardcore works as an incidental flourish to emotive, expressive passages of guitar — rather than the other way around. (Katorga Works)

Joyride!
Bodies of Water
In the East Bay, intuitively disliking pop-punk is pretty natural. Up-tempo, quarter-note beats on sloshing high-hats; crunchy-but-articulate-and-resolved chord progressions; discernible, hook-laden vocals — these things, while perfectly pleasing in and of themselves, together conjure this region’s past zeal for largely forgettable acts. Still, albums like Bodies of Water — which is breezy and borderline saccharine — warrant the effort to kill the negative pop-punk bias in our hearts, especially since Joyride!’s critical lyricism counteracts the juvenile chauvinism that has historically marred the genre. (Salinas)

bodies of water by joyride!

Pig DNA
Control You Fucker #3
Beneath the punishing feedback on Pig DNA’s recordings are vaguely detectable punk songs. Spend time with the packaging of the group’s new record or its earlier tapes — better yet, attend a show — and it becomes evident that the music is only one part of a larger aesthetic project. The act’s web presence and artwork feature leftist political symbols paired inexplicably with emoticons, while the text is always a capitalized mashup of web shorthand and inscrutable slogans arranged like spastic typography experiments. Live, Pig DNA is leather-laden, fierce, and typically wielding props. Camp theatricality isn’t new to the genre, but Pig DNA’s punk hyperbolizing, coupled with retro and web-era signifiers, create a consummate conceptual capsule. (Night Rider)

Punch
They Don’t Have to Believe
Punch is routinely noted for merging various shades of hardcore, but that makes for pretty dull discussion for all but the style’s utmost devotees. Ultimately, Punch songs are rigorously concise screeds, replete with breakdowns, pick-slides, and blast-beats. The outfit’s notoriety springs from its athletic handle on those familiar conventions. Physical exertion is the appeal, as experienced vicariously through listening, or through engaging with the band at its churning shows. Ideally, Punch directs that energy at social issues addressed in its lyrics — gender inequity, animal rights, sobriety, etc. — but They Don’t Have to Believe inspires a senseless frenzy more than a righteous one. (Deathwish)

They Don’t Have to Believe by PUNCH

Terry & Louie
“(I’m) Looking for a Heart” 45
Terry Six, a founding member of the Exploding Hearts — the revered, Portland-based power-pop revivalists who met a tragic end in 2003 — has been living in Oakland for years, yet this new 45 is his first recorded utterance as a Bay Area resident. On the record, Six, along with an early member of the Hearts, King Louie, sound exactly as expected: punchy but benign on the A-side and beatific on the flip. The latter, “She Loves Him,” is a wonderfully balanced ballad, evoking too many guitar-based pop gems to mention while asserting the persistent pleasure of a thoroughly tread form. (Tuff Break)

Terry Malts
Insides EP
Sometimes, just an open high-hat makes the difference between power-pop and pop-punk. Prime tracks that teeter between those two styles should make listeners forget to distinguish. Terry Malts excel at this. On the trio’s Insides EP, three up-tempo songs set frayed hooks atop a bedrock of gravelly guitar. It’s refreshing to hear high-quality songs on non-album releases, but covering The Chills’ “Deep Bay” as a closing track demonstrates Terry Malts’ familiarity with a past indie era when the practice was commonplace. (Slumberland)

Violence Creeps
Demo II CS
Perpetual wooziness marks Violence Creeps songs. The tempos fluctuate, the bass lines spasm at the end of each phrase, the guitar riffs suddenly collapse, and all of these things amount to a curious sense of swing and sway — which is weird, because Violence Creeps basically plays hardcore, a genre whose proponents are usually commended for displaying brick-wall power and staggering velocity. By rejecting polished brutality in favor of weird errors and damage, Violence Creeps actually sounds tougher and more volatile than bands that self-consciously cultivate such traits.

Calm Before the Storm