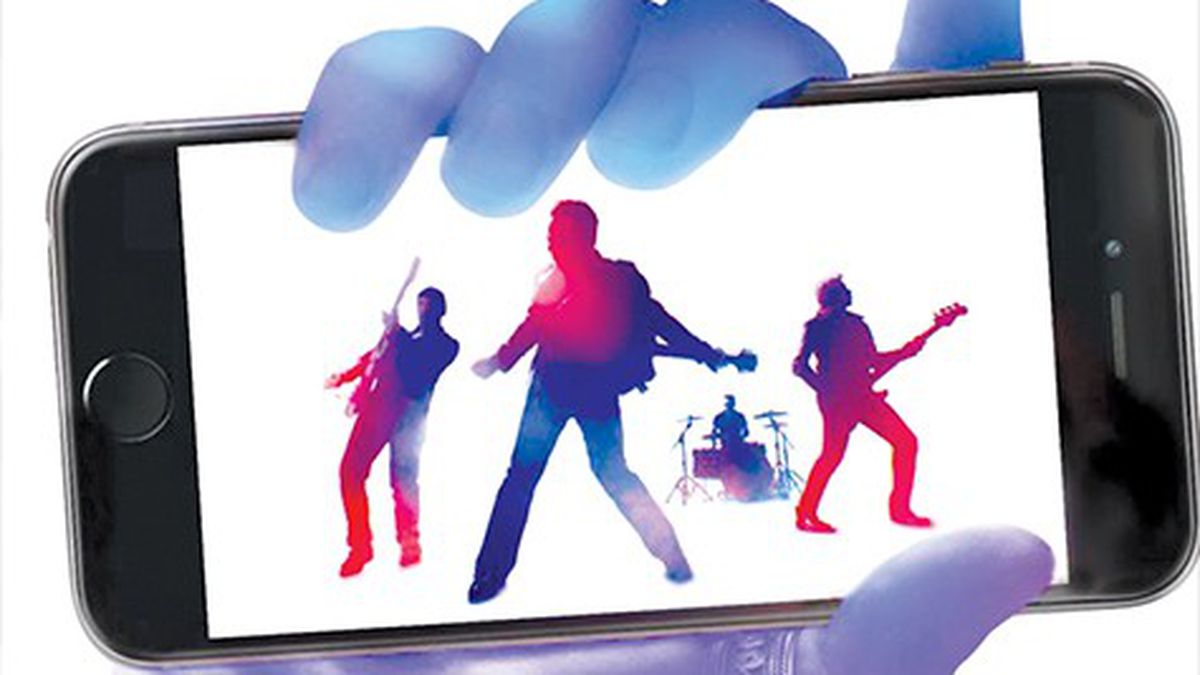 In 2007, Radiohead released In Rainbows as a “pay-what-you-want” digital download. TIME magazine quoted frontman Thom Yorke as saying that the group’s decision to sever contractual ties with its label EMI after 2003 would “probably would give us some perverse pleasure to say ‘Fuck you’ to this decaying business model.” In a testament to the swift evolution of the album rollout since then, Radiohead’s alternative model is now commonplace. The sliding pay scale is a standard feature of Bandcamp.com, for instance. But the outmoded industry practices that Radiohead rejected have been supplanted by ones from companies such as Apple, which earlier this month collaborated with U2 to make the free digital album rollout — once employed to empower listeners — more like a computer virus.

And the announcement was so smarmy. During a September 9 product launch ceremony for new phones and watches at Apple’s Cupertino headquarters, U2 joined CEO Tim Cook onstage. In a slaphappy exchange, U2 figurehead Bono called Cook a “Zen master” (in a video, Bono also likened U2’s recording process to Zen artistry) and, referring to the group’s new album, eventually asked, “I do believe you have half a billion subscribers to iTunes, so could you get this to them?” Cook replied, “Sure, we could do that.” They hammed it up some more, awkwardly touched fingers, and apparently, it was done — over 500 million digital copies of U2’s new album, Songs of Innocence, appeared in unwitting users’ iTunes libraries and on compatible devices.

The backlash was fierce. It arrived from two camps: U2 haters and online privacy advocates — both legion and outspoken. Rapper Tyler, The Creator unleashed a Twitter firestorm, replete with “FUCK BONO” invective and apt comparisons of the appearance of Songs of Innocence to herpes and pimples. The Guardian posted a sneering list of “ten things to do with an unwanted U2 album.” The New Yorker’s pop critic, Sasha Frere-Jones, spoke for both camps in a blog post entitled “U2’s Forgettable Fire.” After a guttersnipe track-by-track takedown, he concluded, “Lack of consent is not the future.”

Exacerbating the backlash was the fact that Songs of Innocence initially defied removal. Depending on user settings, the tracks automatically appeared on some iPhones. After being deleted, they remained visible as “iTunes in the Cloud” purchases. Further preference tweaking (dozens of outlets published step-by-step guides) would hide the tracks, but for a few days it was impossible to purge Songs of Innocence entirely from an account. Eventually, Apple capitulated and created a dedicated link for users to delete the album. The antidote went viral.

When Jay-Z and Samsung partnered to give Magna Carta Holy Grail to users last year, it was non-controversial because smartphone owners had a choice, and fans got the album. If Apple was partly looking to show up a critical competitor, its non-consensual method was embarrassingly misguided. Plus, it chose the worst partner: Bono’s hubris and grandstanding turned countless listeners against U2 long ago. It’s become a sport among the band’s detractors to one-up one another’s missives about how much they loathe U2. Still, the particulars of U2 resentment aside, the outfit’s audacious partnership with Apple speaks to the misleading and illusory notion of a digital “collection.”

The sleek, minimal aesthetic of Apple’s products and ad campaigns deliver a message about removing clutter. The company makes eliminating stuff look very attractive, and then it offers services to help people do so. But a physical collection of music (or movies, photos, etc.) differs from Apple’s cloud-based alternatives because it isn’t vulnerable to the whims of a company. It’s illegal to barge into a home and add a U2 album to someone’s shelf at night. Likewise, it’s illegal to remove a U2 record from someone’s shelf at night. Apple allowed itself to add music to half a billion folks’ digital libraries; it wouldn’t take a leap of arrogant corporate logic for Apple to permit itself to remove some. Aesthetic and experiential differences aside, a digital collection can’t replace a physical one. So long as content is mediated by, stored on, or accessed through a company’s product, it isn’t wholly owned by the user.

The stage chemistry between Cook and Bono at the announcement only worsened. “Could you, like, do it in five seconds by pressing a magical Apple send button?” Bono asked. “If we gave it away for free,” said Cook. “But first you’d have to pay for it,” Bono clarified, “because we’re not going in for the free music around here.” The New York Times reported that Apple paid U2 an undisclosed blanket royalty for Songs of Innocence’s exclusive digital distribution (until its physical release on October 13) and committed to providing marketing services worth $100 million.

U2 is familiar with corporate partnership. In 2006, Apple released a special iPod stocked with the band’s entire discography. Last year, when U2 came under fire for offshore banking and tax avoidance, Bono flippantly dismissed critics as “lefty cranks,” echoing so many business wraiths before him. But this collaboration stings most because it repurposes something Radiohead proved to be a liberating asset of the internet — free distribution — as a service of corporate marketing for products that undermine how we accumulate music. The “viral” aspirations at Apple’s core created a virus, a Trojan horse disseminated by a well-paid rock outfit and its latest album.

Crime Drops in Oakland as Nacho Gets Burglarized