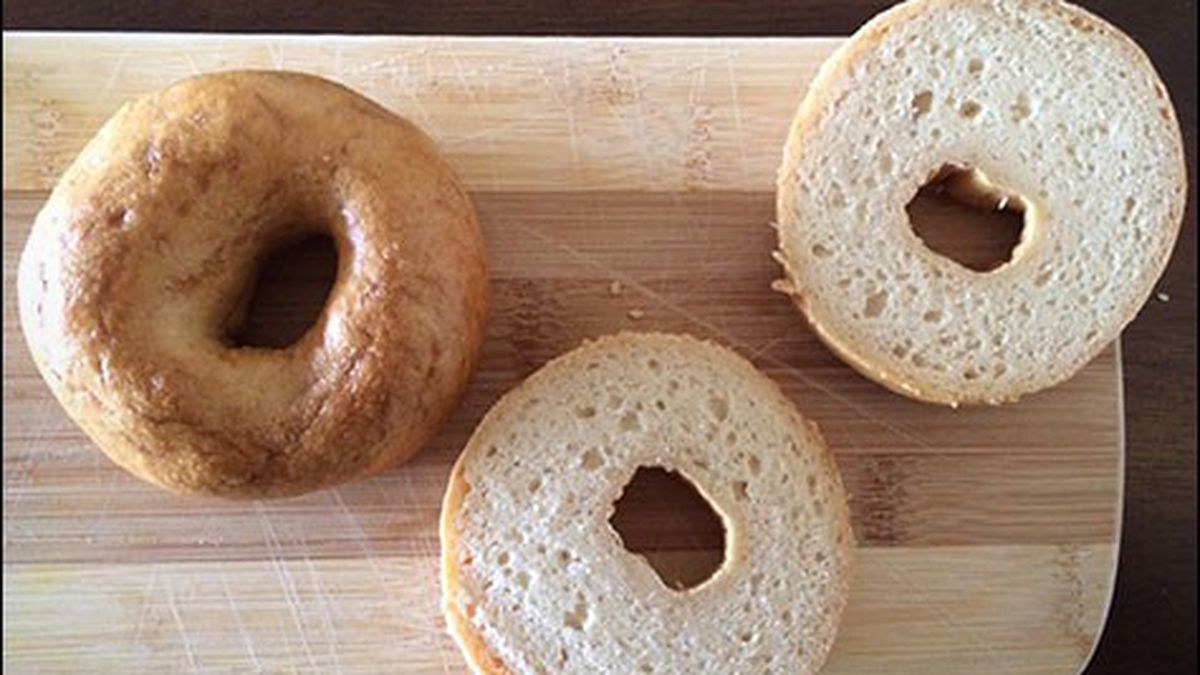 Plus, our picks for Oakland Restaurant Week.

When Brent Woodard was diagnosed with a gluten intolerance last spring, the thing he missed the most wasn’t pizza, beer, or spaghetti. No, what Woodard was most sad to give up was his morning routine: a cream cheese-topped bagel and a cup of coffee — “my idea of perfection,” he said.

Subsequently, the Oakland-based stay-at-home dad sampled every gluten-free bagel he could get his hands on, including those produced by established gluten-free bakeries like Udi’s and Oakland’s Mariposa Baking Company. But he found that all of the available options were subpar — not real bagels so much as vaguely bagel-shaped “bread rings” or dinner rolls with holes. So Woodard, a former IT specialist who had never before worked in the food business, got busy in the kitchen. By the fall, he had not only come up with a recipe for a gluten-free bagel that satisfied his own cravings, he’d also launched a new food startup, Odd Bagel, dedicated to bringing his creation to the masses. Now available at Berkeley Bowl West, Saul’s Restaurant and Delicatessen, the online marketplace Good Eggs, and a handful of other retail locations, Woodard’s bagels have slowly garnered a loyal following in the Bay Area’s gluten-free community.

Woodard is convinced there isn’t a better gluten-free bagel on the market. I’d even go a step further and say the bagels might be the best gluten-free bread products I’ve ever tasted — quite frankly better, and more bagel-like, than plenty of wheat-flour-based bagels.

The first thing you’ll notice about an Odd bagel is its small size (maybe four inches in diameter) and shiny, golden-brown exterior — both telltale signs of the proper East Coast style. The bagels have a yeasty aroma; a satisfyingly savory flavor; and, a dense, tightly packed crumb. Even untoasted, they have a nice snap to the crust and are chewy as all get-out, to an extent that doesn’t seem possible from dough made with assorted rice flours, potato flour, tapioca starch, and xanthan gum. Most of the other gluten-free breads I’ve tried have a chalkiness and an off-putting mouthfeel to them, like the bread just kind of disintegrates in your mouth. Not Woodard’s bagels, which have a heft to them and a texture that’s amazingly bagel-y.

An added bonus: Unlike most gluten-free bagels, Odd Bagel’s recipe doesn’t include eggs, so the bagels are vegan in addition to being gluten-free.

Woodard, a self-described “project person,” said he developed his bagels through an iterative process that involved hundreds of slightly tweaked recipes and a focus group of gluten-intolerant bagel enthusiasts who would give extremely detailed feedback.

The main thing, Woodard said, is that he never wanted to settle for creating a product that only people with gluten allergies would want to eat: “I didn’t want it to be pegged as a gluten-free product because that’s a kiss of death.” His hope was that a family with only one gluten-intolerant member might buy a bunch of bagels that everyone could enjoy, and that no one would feel short-changed.

That, Woodard said, is where he feels he’s been most successful. “No one’s having to do without, or have to make do with a lesser product,” he said.

Woodard boils and bakes his bagels — about ten dozen a day, presently — at the Uptown Kitchen commercial kitchen. I bought mine for $1.79 each at Berkeley Bowl.

For the restaurants, Oakland Restaurant Week is a chance to lure in new customers who might later become regulars. Diners, for their part, can take the opportunity to try places that might normally be out of their price range. There are bargains to be had, though it’s only fair to note that not every prix-fixe is created equally. As a public service, we scoured the list of participants in an effort to identify the best deals. Here are a few that caught our eye:

1) B-Side BBQ is charging $20 for a full order of either brisket or ribs, plus two side dishes. That’s a $26 value for those counting at home (and the brisket is probably the best in town).

2) Miss Ollie’s prix-fixe is $30 for a three-course dinner and a cocktail. The two entrée options, cassareep oxtails or cou-cou with fish stew, both sound great.

3) At Marzano, you can get a three-course dinner for $20. Of the options listed, I would go for the crispy arancini, the oxtail pappardelle, and the chocolate budino.

4) The Mexican farm-to-table restaurant Nido is also offering a great dinner deal: $20 for a prix-fixe dinner that includes a draft beer or a glass of wine? Yes, please.

5) Some of the best deals can be found at restaurants that are offering a $20 lunch prix-fixe — noteworthy options include Picán (smoked catfish toast, grilled shrimp, and pineapple almond macaroon tart), The Forge (any pizza on the menu, a salad, and a soft drink), and The Star on Grand (for salad, pizza, and cheesecake — a steal, given that a small pizza by itself is $19).