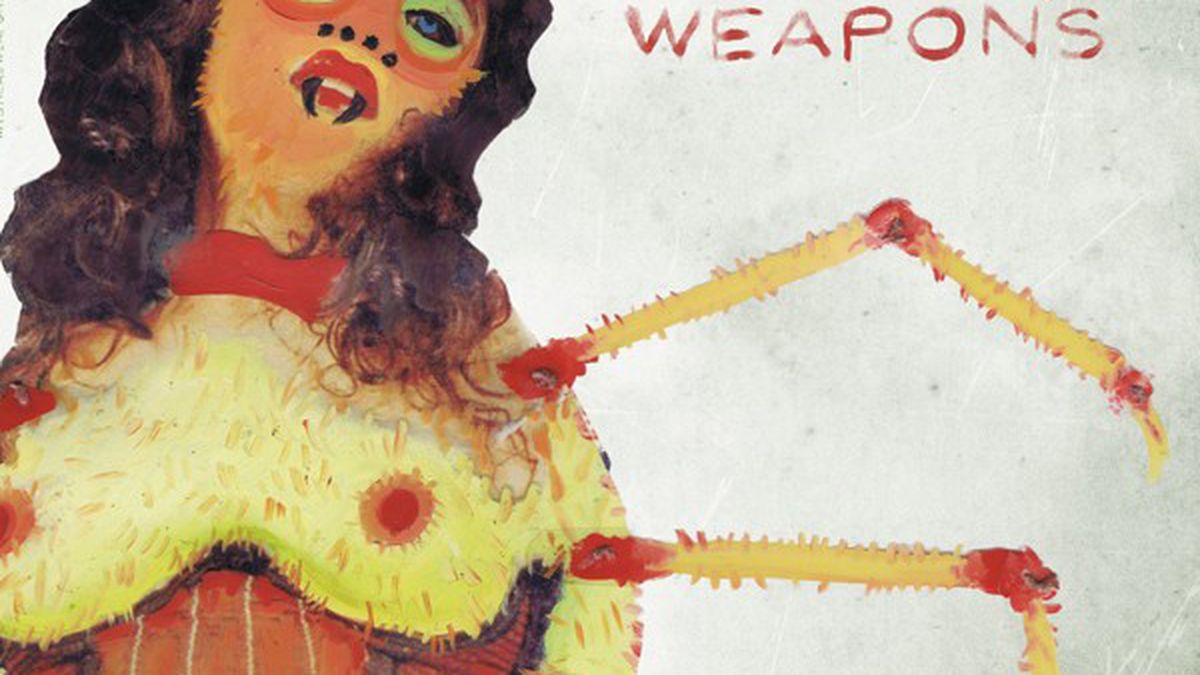 Mystical Weapons is the new project from Sean Lennon and Deerhoof’s Greg Saunier, an improvisational collaboration that’s as intriguing as it sounds — and just as weird.

Opener “Impossible Shapes” almost gives the impression that this will be a Lennon-led effort: A forlorn piano melody sets the mood for Lennon’s voice to begin its nasal pleading — but instead things take a hard left turn: Saunier’s drums crash with bombast, and, before you know it, the whole thing settles into a misty slow-motion frolic through a spacey psychedelic jam. Vocals never make an appearance — on this track, or on the twelve that follow.

“Mechanical Mammoth” is a whistling trek through a futuristic jungle, with syncopated percussion adding to the disarming shuffle. “Whispers the Blue Tongue” is a moody romp through a swinging-Sixties intergalactic jazz session — although to reduce it to something that straightforward is a bit misleading. The album climaxes on “Gross Domestic Happiness,” which begins as an atmospheric bit of psychedelia and culminates in exploding wankery from both members.

Saunier has called Lennon an “instant composer,” and it’s clear the drummer is perfectly capable of keeping up with him. The freeform result — while not necessarily something I’d call “enjoyable” — nonetheless demonstrates the kind of creative juices that can flow between two talented musicians, even if it comes off as a bit of a masturbatory exercise. (Chimera Music)