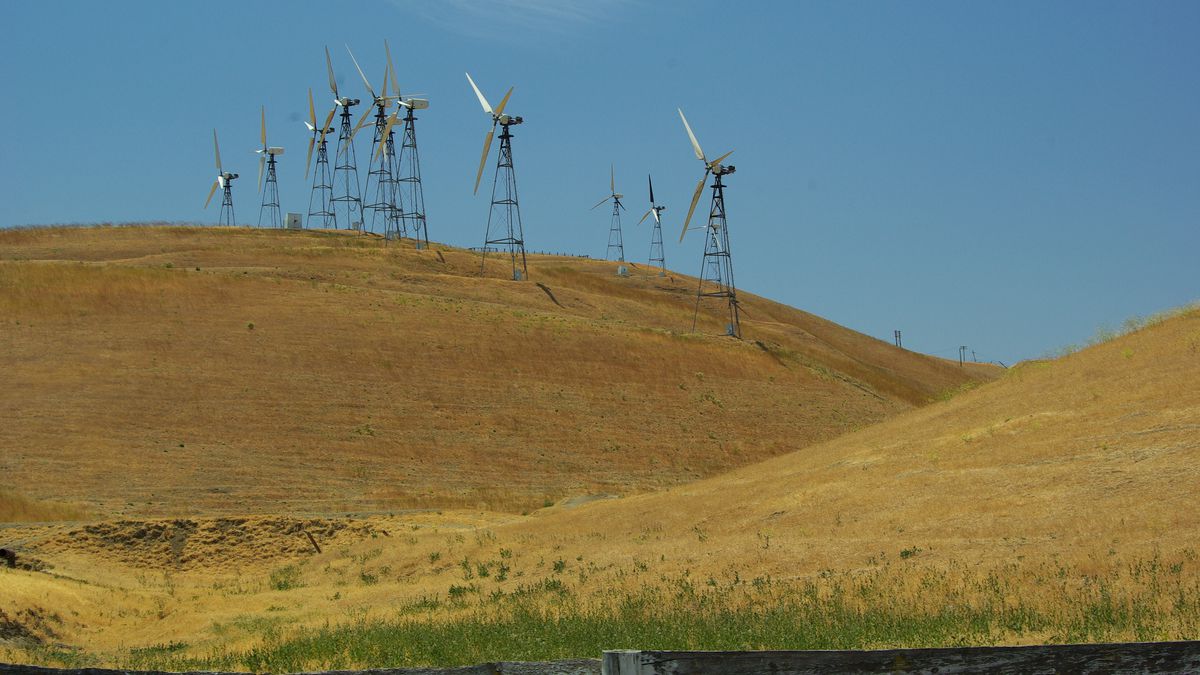 1. Three Alameda County Supervisors who voted to extend the license of a wind turbine operator that has been killing thousands of birds each year in the Altamont Pass accepted thousands of dollars in campaign donations from the company before casting their votes, the Bay Area News Group$ reports. Supervisor Scott Haggerty pocketed the most money, $19,750 from Altamont Winds, followed by Nate Miley, at $5,306, and Richard Valle, at $764. Environmentalists were stunned when Haggerty, Miley, and Valle, overturned a denial of Altamont Winds’ permit and allowed the company to keep shredding raptors, while other wind companies in the Altamont have installed new turbines that are more bird-friendly.

2. Portions of California’s San Joaquin Valley are sinking by up to a foot a year because agribusinesses are pumping huge amounts of groundwater during the drought, The New York Times$ reports. Governor Jerry Brown’s mandatory water-rationing order exempts agriculture and groundwater pumping, so the situation is expected to worsen. Last year, Brown signed legislation that requires farms to begin reporting how much water they pump, but places no limit on pumping.

[jump]
3. The governor, meanwhile, is contemplating whether to separate his proposal to build two giant water tunnels underneath the delta from his plan to restore delta habitat, the LA Times$ reports. Environmentalists are concerned that if Brown moves forward with such a plan, the restoration of the delta may never occur.

4. An anchor rod inside the single tower of the new Bay Bridge may have snapped after being left in rainwater for years, the Chron$ reports. Caltrans discovered during testing that the steel rod is shorter than others inside the tower, and the agency isn’t sure whether it snapped near its base or was shorter all along.

5. New research shows that up to 10 percent of breastmilk sold on the internet is tainted with cow’s milk and may contain dangerous pathogens, the Chron$ reports, citing a new study in the scientific journal, Pediatrics.

6. About two hundred Native Americans staged a demonstration on Easter Sunday in Carmel, protesting the pope’s plan to canonize Junipero Serra later this year, the Mercury News$ reports. The protesters say that the pontiff’s plan to bestow sainthood on the eighteenth century friar who forced Native Americans into servitude would be an “obscene gesture.”

7. And longtime Bay Area sportscaster, Lon Simmons, who called both Oakland A’s and San Francisco Giants’ games during his career, died over the weekend at the age of 91.
Facebook
Twitter
Previous articleWest Oakland Activists Vow to Defend Afrika Town Community Garden
Next articleWear Your Hatred for Monsanto on Your Sleeve
18,632FansLike
0FollowersFollow
67,429FollowersFollow

Categories We Didn’t Think Of: People and Places