The Sustainable Economies Legal Center, the Berkeley-based group that helped draft and pass the California Homemade Food Act a little over a year ago, has set its sights this year on protecting an individual’s right to grow or raise one’s own food. The legislation would require local governments to allow for the cultivation and sale of garden grown produce — fruits, vegetables, nuts, and herbs. The bill comes in response to a problem that many cities have in updating their zoning laws to allow for urban agriculture.

“The cities that have changed their laws are unfortunately in the minority,” said Christina Oatfield of the legal center. “In every city that has changed its laws to be up to speed with the urban agriculture movement of the 21st century, the legislation’s success has been reliant on both dedicated citizen volunteers and a policy professional at a local nonprofit supporting the effort.” 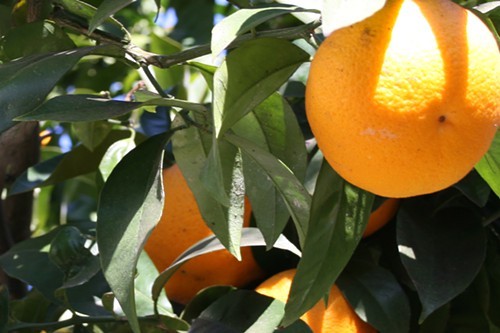 But many cities lack these resources. Oatfield noted that many urban ag enthusiasts simply don’t have the time outside of their business efforts for prolonged lobbying at the city government level. “The Neighborhood Food Act seeks to give all Californians basic rights to grow food with minimal legal hassles in one piece of legislation,” she said.

The bill focuses mainly on the growth and sale of edible plants, but not on animal or animal products like eggs. Oatfield said the bill doesn’t address animal husbandry because animals “are more likely to make noise or produce smells that offend neighbors. We think that some kinds of restrictions on animals might be more reasonable in some places than others depending on many factors, such as how compact a city is, and what other nuisance laws are already on the books.”

The legal center’s Executive Director Janelle Orsi has worked with urban agriculturalists who have come up against zoning issues with their local governments — Oakland’s urban ag pioneer and writer Novella Carpenter was one of them. It was Orsi who devised the general concept of the bill.

As yet, no groups have registered opposition to the bill. But “since the Neighborhood Food Act is a relatively new concept as far as state-level legislation goes, it might be challenging [to pass] for that reason,” said Oatfield.

At this stage, the legal center is working on finalizing a draft of the bill, and hopes to secure a sponsor — that is, a member of the legislature who introduces and backs the bill — by the end of the month. The bill should start going through the legislative process in March.

There’s hope that urban agriculture will reach a new level of maturity this year. Between this piece of legislation, the Cottage Food law, and the soon-to-come Oakland ordinance that will incentivize the use of vacant lots for urban ag, there’s potential for a major shift in the growth and distribution of food.

For those interested, there’s a petition available on the legal center’s website to garner support for the bill.