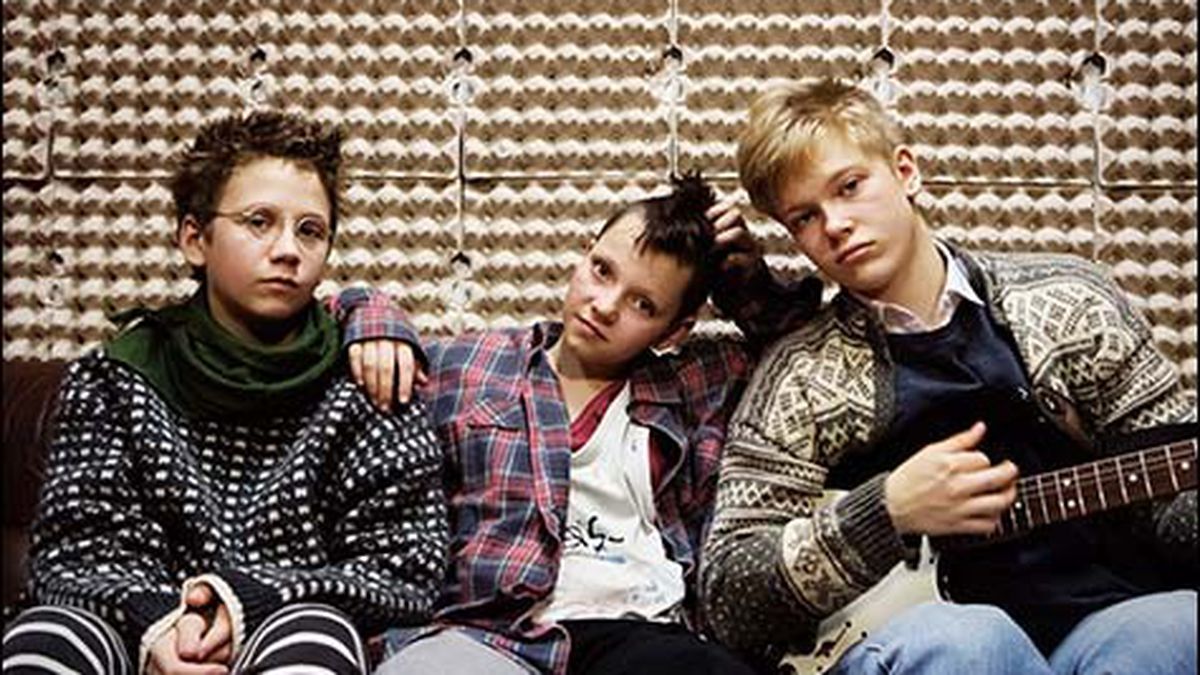 We Are the Best!

Lukas Moodysson is an acquired taste, and so is We Are the Best!, his fly-on-the-wall account of a trio of rebellious thirteen-year-old Swedish girls and their inept “punk band” in the early 1980s. The two ringleaders of the group, Bobo (played by Mira Barkhammar) and Klara (Mira Grosin), have no apparent musical aptitude, and in fact don’t really seem to care about the protest songs they make up, beyond the obvious message — their signature number is “Hate the Sport!” But knowing only three guitar chords never deterred a punk rocker.

The “acquired taste” proviso plays itself out naturally as the girls cross a familiar set of coming-of-age thresholds. The thing that makes Moodysson’s drama — adapted from a comic book created by the director’s wife, Coco Moodysson — so special is the loving care with which the Moodyssons draw quiet, bespectacled Bobo; spiky-haired provocateur Klara; and Hedvig (Liv LeMoyne), the musician of the group, a studious Christian with an affinity for classical guitar. The longer we spend with these three middle-school outcasts, the more we care about them.

Bobo and Klara beg in the metro for spare change to buy instruments, but end up getting ice cream instead. They have a spat over a boy, but soon make up when he’s revealed as a jerk. They write a song called “Brezhnev, Reagan.” Passive Hedvig lets the other two cut her hair, disastrously. Their parents punish them by making them go to church. They get booed off the stage at the Santa Rock pageant. There’s a funny “first drink” sequence at a party. Wallflower Bobo still has plenty of baby fat. The important thing about these three girls and their nameless band is that they even had the idea to do it in the first place. They may someday actually set the world on fire, but we doubt it. What really counts is that they acted up.