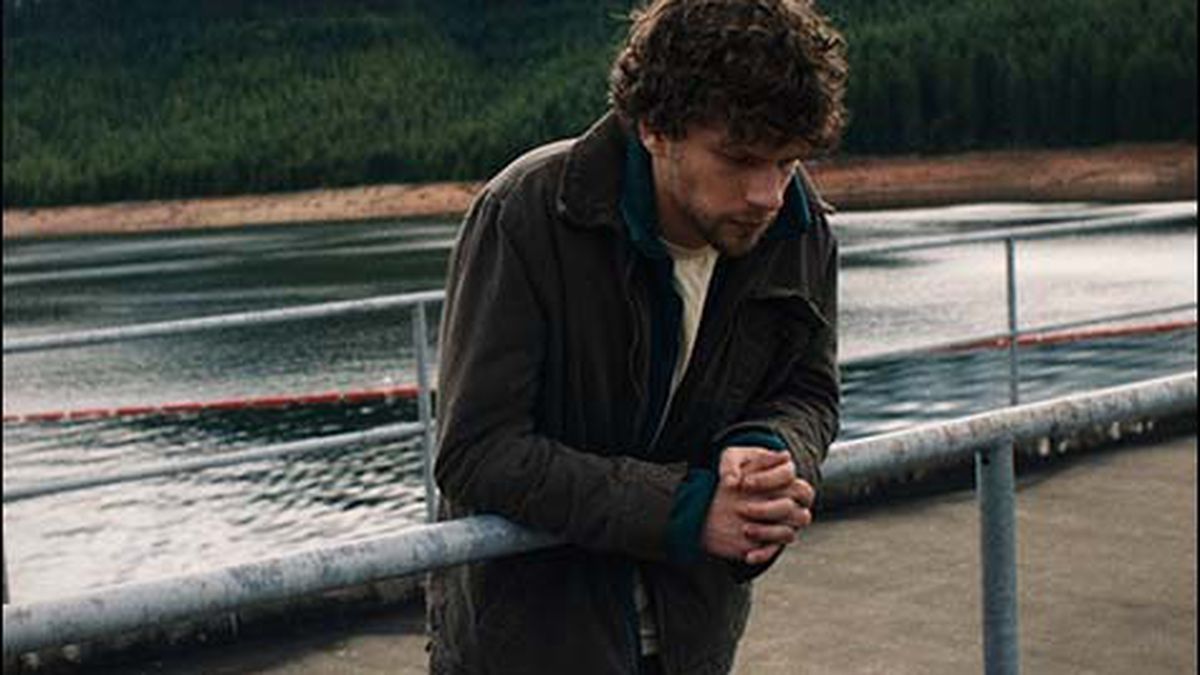 We bombed in Corvallis.

Director Kelly Reichardt and her writing partner Jonathan Raymond have made movies about former friends who’ve outgrown each other (Old Joy), a luckless young woman drifter and her dog (Wendy and Lucy), and the ordeal of a party of Old West settlers crossing the desert in wagons (Meek’s Cutoff) — all of them set in the scenic state of Oregon. Their latest, Night Moves, is a suspenseful drama about a trio of radical environmentalists plotting to blow up a dam. It seems cut from the same general cloth as their earlier films, but not surprisingly it’s more ominous and unsettling.

Near the city of Bend, Josh (Jesse Eisenberg) and his friend Dena (Dakota Fanning) meet up with Josh’s friend Harmon (Peter Sarsgaard) at Harmon’s shack in the woods. The three of them have designs on the nearby hydroelectric Green Peter Dam — presumably for its harmful effect on the environment — and although the motive is not explicitly spelled out, the three conspirators are clearly ready to take action. Josh and Dena pay cash for a cabin cruiser that they plan to fill with explosives. Then they go shopping for five hundred pounds of ammonium nitrate fertilizer, a prime component of homemade explosives, most notoriously used in the Oklahoma City bombing of 1995.

It’s fascinating to watch Josh, Dena, and Harmon as they interact with each other in their lethal enterprise. In the same way as we would while watching any gang of movie lawbreakers planning a job, we listen carefully to what they say and try to discern each person’s state of mind, from Reichardt and Raymond’s terse dialogue.

Josh is the typical Eisenberg hard-to-read character for the usual reasons — he keeps his emotions in check and stares into space when flummoxed, which is often. Taking the step from soft-spoken organic vegetable grower to violent revolutionary will necessarily cause occasional ripples of doubt in a person, and Eisenberg is one of the screen’s most practiced purveyors of those ripples. When Josh spies some kids playing in the lake upstream from the dam as he and his co-conspirators move past in their boat with the cargo of explosives, we’re positive he’s thinking the same thing we are: What’s going to happen to those kids when the dam breaks?

Dena’s personality suggests Fanning is moving away from Twilight silliness to more complicated characters. We get the feeling that Dena might fold under questioning if it ever comes to that. As Josh and Harmon note, she’s a newcomer to the Northwest, a preppie from Connecticut, who evidently came to her ecological convictions after taking a single course at school, and who makes a showy point of identifying birds and referring to fish ladders. “Rich girl” is the way Harmon describes her — someone who could pull $10,000 out of her pocket to buy a powerboat.

All three are vigilant and suspicious of everyone around them. They all ask the same question about each other, the one we’ve heard in countless crime movies: “Is (s)he all right?” And as they cautiously conspire, we size them up. Which one is going to turn out to be the narc? Harmon is the prime candidate, an ex-Marine accustomed to helping himself. Obviously we can’t get the Sarsgaard hustlers from Lovelace and An Education out of our mind. Other than possibly Harmon, these are people who have led straight lives. They don’t think or act like professional criminals. And perhaps that’s the film’s point.

Before and after the procedural machinery of the bomb plot dominates the movie, Reichardt and Raymond carefully, gingerly explore what kind of people these characters really are. Except as a means of establishing them in the story, the matter of Josh, Dena, and Harmon holding extreme convictions about the ruination of the world’s environment becomes pretty much incidental by the time we’re through with them. Like the pioneers in Meek’s Cutoff, they made their choices before we met them and there’s no turning back. The ideally cast actors (including James Le Gros as the suspicious fertilizer dealer), the Ecotopia locations, a large helping of built-in nervousness, and the sure-handed direction give Night Moves a flavor we’ve come to expect from Reichardt. The flavor is odd, even disturbing, but unforgettable.