The (Coffee) Revolution Will Be Live

In these late days of the Bay Area’s coffee revolution, the so-called “third wave,” with its emphasis on lighter roasts and direct relationships with coffee growers, is so entrenched that it’s rare to find a place doing something truly new. I was excited, then, to pay my first visit to Artis (1717B Fourth St., Berkeley), a new cafe and coffee retailer whose owners say their distinctive “live roasting” approach is poised to usher the coffee movement into the future.

At Artis, instead of having a separate roasting facility, green coffee is roasted right at the cafe, in exceptionally small batches — often just a single pound at a time — in one of three hot-air roasters, where you can watch the beans rattle around like popcorn kernels until they reach the customer’s desired level of brownness. The whole process is computer-controlled, takes about six minutes to complete, and, most revolutionary of all, allows coffee buyers to customize each batch to his or her own preferred roast point — a level of personalization previously only available to the ambitious home-roast hobbyist.

Artis CEO Alex Lowe, a Navy veteran, said he first encountered this kind of “live roasting” at coffee shops and high-end delis that he visited when he was stationed in Tokyo, where the practice is fairly widespread. When he and two classmates in his MBA program, James Gutierrez and Elvis Lieban, came up with the idea for Artis, part of what they wanted to do was redefine what it means to offer “fresh” coffee. Certainly, I don’t know any other coffee shop where you can pick out green beans and walk out of the store less than ten minutes later with a bag of still-warm roasted coffee.

But Artis’ other innovation is in the degree of customization it offers. The prevailing idea in the coffee business, Lowe explained, is that the roastmaster knows best — that it takes years of highly specialized training to know how to get a batch of beans dialed in to just the right roast level. 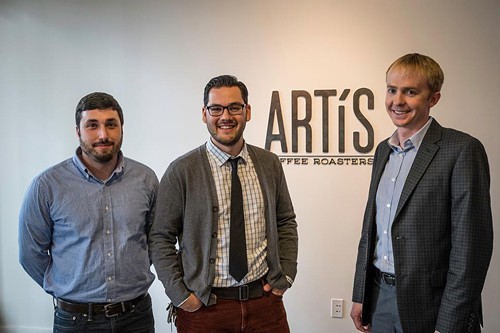 With the vintage Probat roasters favored by companies like Blue Bottle, that’s true: Most coffee shop employees, to say nothing of the typical home coffee drinker, don’t have the technical expertise to finesse one of those mammoth machines. But as far as finding the “correct” roasting level is concerned, Lowe’s views are more democratic. He believes a given coffee varietal can yield great coffee at several different roast levels, and that personal taste ought to be a bigger consideration than dogma: “I think what we’re saying is that most coffees taste good across the spectrum. There is no magic roast point.”

At Artis, the equipment itself makes it easy for customers to experiment. The cafe’s Java Master roasters are made by a company in Detroit whose machines are mostly used at various East Coast locations of Whole Foods — to Lowe’s knowledge, the supermarkets use them in order to offer fresh coffee, but not to roast the coffee “live” to a customer’s preferences. Once you’ve selected your beans and decided how dark you’d like to roast them, it’s just a matter of the barista punching a few buttons on the machine. 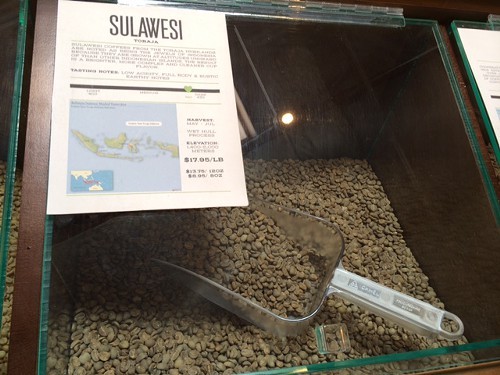 When I visited the store, I was drawn to a coffee from the Indonesian island of Sulawesi whose recommended roast point is 420 degrees Fahrenheit. The coffee was described as having “low acidity, full body, and rustic earthy notes” — right in my wheelhouse — but I wondered if the beans might show a little bit more of their personality, and distinctive flavor notes, if roasted just slightly lighter. Why not try 415, the helpful employee suggested.

Why not, indeed. For the record, after the recommended 24-hour de-gassing period (needed to allow some of the carbon dioxide to dissipate after roasting), the Sulawesi beans yielded some damn delicious coffee when I brewed them at home in my French press.

According to Lowe, another selling point of the “live roasting” approach is that it will go over well in any urban center — not just the third-wave, light-roast-skewed hubs on either coast. And so, he and his partners don’t plan on settling for a single Berkeley shop. Next up will be a location in San Francisco. After that? Maybe the world.