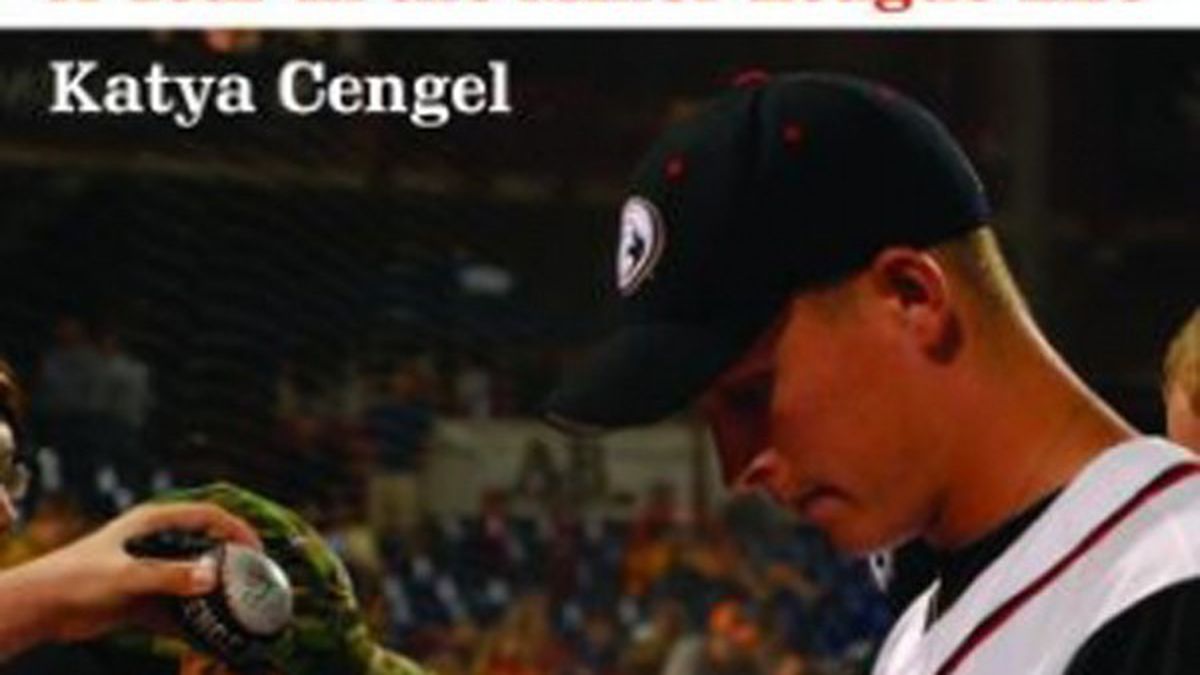 Our picks for the best books of the year.

This was a great year for books, especially those by authors from and writing about the Bay Area. Our top-ten books list this year is whittled down into useful, personality-specific gift-buying categories. If you’re feeling really generous, buy all ten. The categories might be distinct but the enjoyment is universal.

Elsewhere, California, by Dana Johnson. For kids to parents (bonus: anyone who grew up in Los Angeles). $15.95

When Avery Johnson was old enough to understand there’d be no more hopscotch down the block with her cousins through Crips- and Bloods-infested Los Angeles, but young enough to think West Covina was a serious road-trip away, her struggling parents packed her and her younger brother into their Buick Wildcat and relocated to the suburbs to give them a better life. Their new life consists of good schools, clean neighborhoods, well-meaning-but-might-as-well-be-alien white neighbors, and one errant cousin who stirs up trouble just by being black. Elsewhere, California is told in flashback from Avery’s youth in the fabulous Seventies to one long day in the Hollywood Hills where Avery, now an adult, is presenting her art at a prestigious, possibly life-changing show. Through examining how Avery got to the present, the novel asks what happens to your children when you send them out into the world to be all they can be, and they come back strangers: strangers who practice art and call it a living; who cohabitate with a silky smooth older European gentlemen in a deluxe house in the hills; who don’t talk like you or act like you or wear their hair like you. How do you come to terms with the wonderful person you’ve created? The novel’s themes might sound tired but the book is so fresh and so readable, you’ll relive your childhood and tell your kids how lucky they are.

The Soft Exile, by Eric Kiefer. For parents to kids (bonus: anyone who is considering joining the Peace Corps or was a volunteer). $14.99

We all know someone (a cousin, best friend, co-worker) who has tried to “find themselves” through the selflessness of volunteering for the Peace Corps. Get them this memoir. Eric Kiefer started out with all the grand delusions of a very young, idealistic person, and literally grows up in front of your eyes during his yearlong Peace Corps stint as an English teacher in a Mongolian village, whose denizens school him in the real real world. Kiefer swears like a sailor and will drink anything put in front of him, but his heart is in each and every action, from plotting to introduce his host village to pirate radio to respecting the traditional last rites of village elders and looking the other way when his host dad starts pocketing Kiefer’s valuables. Kiefer outlasts most of his Peace Corps boot camp crew and the long Gobi desert winters and sandstorms. After you survive with him, you’ll either come away even more inspired, or scared straight into staying in the States. Part adventure, part survival tale, and absolutely impossible to put down till you reach the end, The Soft Exile can either be a long-winded I-told-you-so or a call to arms. Take your pick.

Season of the Witch, by David Talbot. For grandparents and out-of-towners (bonus: anyone who’s interested in local history). $28

It’s hard to imagine the post-gold rush, sprawling, brawling, anti-gay/homeless/youth/immigrant city that San Francisco once was. But that’s what Salon.com founder David Talbot vividly brings to life in Season of the Witch, which tells the story of trailblazers who fought the establishment in the 1960s and 19670s, paving the way for medical marijuana and creating social programs for the homeless and indigent. We meet a young Willie Brown, struggling for control of the Haight-Ashbury area, and an aspiring Dianne Feinstein, and learn the saga of Wolfgang Grajonca, a young holocaust survivor who turned into the father of the American concert hustle — Bill Graham. And that’s all within the first fifty pages. San Francisco is a fabulous city, and this book uncovers how hard work, luck, pluck, and compassion got the City by the Bay where it is today.

Perla, by Carolina de Robertis. For aunts, sisters, mothers, daughters (bonus: anyone who needs to escape). $25.95

This story about the crimes of the past materializing in the future will haunt you in the best literary way. Carolina de Robertis’ novel follows titular Perla, a beloved, privileged, only child of a high-ranking Argentinean military family, who has always felt out of place. Perla’s life turns surreal one day when a man appears in her living room, dripping wet and smelling of the sea. She finds she can’t send him away, but keeping him secret starts to turn her life upside down. Unraveling his story means finding out the truth about her own. One of the most lyrical, mesmerizing books of the year.

Telegraph Avenue, by Michael Chabon. For your buddies (bonus: anyone who loves Berkeley and Oakland). $27.99

No one captures characters like Michael Chabon. From the flatlands of Fruitvale, to the shipyards where an OG’s mammoth zeppelin waits, to the Ethiopian restaurants on Telegraph Avenue and every street corner in between, this is a love story for every record store you’ve ever loved and lost. Telegraph Avenue tells the story of two families spanning three generations: midwife mothers and record store-owner fathers, their teenage boys getting to know each other, and the hustling grandparents trying to settle old scores and score big. You will laugh at Chabon’s depictions of Bay Area familiars, and then feel for the characters when the shit hits the fan. It’s this year’s Freedom, and it’s magnificent.

A Queer and Pleasant Danger, by Kate Bornstein. For that person you love who’s still in the closet (bonus: anyone who’s Questioning, or merely Curious). $24.95

This is one of the most open, honest books you’ll read this year, written by someone who tattooed “I must not tell lies” on her forearm. Fearless, fabulous Kate Bornstein tells the story of growing up a Jewish boy in New Jersey, turning Scientologist in Denver, becoming a woman in New York, and, finally, just being herself, wherever she is. At her reading at Diesel in Oakland, an audience member asked the author what it felt like to put herself out there in such raw memoir form, for all the world to see. (To give you some context, the memoir contains stories from her time in the Seattle lesbian S&M world, her interactions with the late L. Ron Hubbard, and her becoming a transgender spokesperson in the time of Brandon Teena.) Bornstein’s answer says it all: “First it feels naked; then it feels free.” Bornstein injects humor and love into the memoir of her life, and you’ll walk away richer for having known this amazing person, even if only on paper.

Happier at Home, by Gretchen Rubin. For the stay-at-home parent (bonus: anyone HGTV-inclined). $26

Yes, it’s helpful and for yourself but it’s not really self-help, so don’t worry. Gretchen Rubin writes a book revealing her Martha Stewart-lite tips for getting your house and self into your own version of a happy place. Everyone needs some reminders to stop and appreciate what you have, before recycling, reusing, or organizing it away. Based on her own year of experimentation, Rubin gives tips that seem self-evident but come across as just plain astounding, like letting your kids have their own little toy sanctuaries (it’ll help keep you sane) or organizing your home office so that you actually enjoy using it. Rubin’s voice is cheerful but not grating, and you’ll find yourself really wanting to jump in and give her tips a try. It might not last a full year, but the season of resolutions is upon us, and there’s no time like the present.

Marbles, by Ellen Forney. For your sibling (bonus: anyone who’s ever known or been a tortured artist). $20

Join cartoonist Ellen Forney on the wild ride of an artist’s realization that she isn’t crazy — she’s bipolar. Forney goes through the highs and lows of coming to terms with, and getting help for, her disorder. The cartoons in this graphic memoir provide visual insight into Forney’s feelings that just cannot be described in words alone: even the way the artist’s own avatar morphs from curvy-sexy pixie to down-to-earth yoga-practicing adult is its own growing-up narrative. Warning: It may be tempting to see yourself in each stage of Forney’s bipolar diagnosis (as in, “Hey! I, too, like to play dress-up and get tattooed!”), but please consult a licensed therapist before self-diagnosing and/or medicating.

My Berlin Kitchen, by Luisa Weiss. For the teenage girl (bonus: anyone who loves cooking). $26.95

This happily-ever-after cookbook will teach your teen the value of not settling for good enough, and the unexpectedly fantastic results that can come from making the tough decisions that make life worth living. Weiss’ memoir starts with a young girl in a split family, living with her dad in Boston half the year and her Italian mom in Germany the other. Through simple recipes that bring her closer to her loved ones, Weiss learns the value of friends and family, that falling in love can often suck but that it gets better, and how to make the perfect low-key meal for any occasion. Final lesson: Home truly is where your heart is.

A trainer feeds his players on $40 a day; a Cuban defector perfects a 100-mph fastball; and the wacky front office staff engages in high jinks — this is just everyday life for minor league players hoping to make it to the big time. It’s also the subject of Katya Cengel’s Bluegrass Baseball: A Year in the Minor League Life, which follows four baseball teams in 2010, starting in Lexington, Kentucky with the annual tryouts for national anthem singers, and continuing through the season with decidedly unglamorous player and fan drama. In Kentucky, baseball is still about the game, not the increasingly outrageous player antics that have come to characterize major league baseball. It’s a good book to get back to the basics of the sport, and to realize how much players go through just to get to a stadium where we can see them.

Your Daily Lick: The Long Thaw