This might be the era of Google Glass, but sometimes it can be nice to turn back the clock — at least that’s the idea behind Analog, a new restaurant coming to downtown Oakland at 412 14th Street, just off Broadway. According to chef-owner Sean Asmar, the restaurant’s theme will be a celebration of analog media — of VHS cassette tapes and record players and old cathode-ray-tube television sets.

Why the obsession with all things analog? The 28-year-old Asmar isn’t old enough to remember the heyday of vinyl and VHS, but the New Hampshire native said he’s been fascinated with those media for as long as he can remember. Besides, as a music lover and musician himself, Asmar wanted to celebrate 45s and LPs before they become lost to history forever. 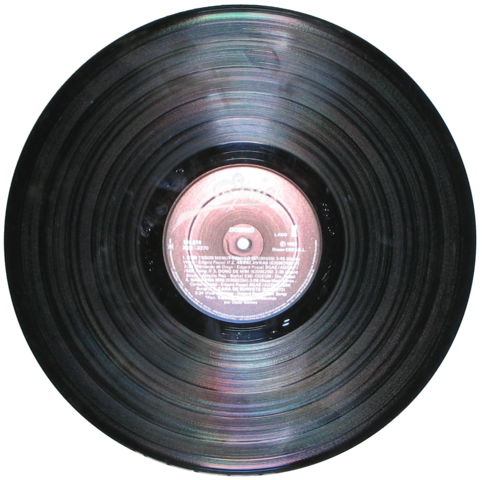 He said he’s always loved walking into a restaurant or cafe that’s playing music from a record player — the little crackle of the needle as it settles into the groove of the record, and something akin to the feeling you get when you visit your grandparents’ house.

“There’s something very warm about that,” Asmar said.

At Analog, diners will pull their menus out of vintage LP covers, old TVs set up around the restaurant will play movies from Asmar’s personal collection of more than five hundred VHS tapes, and whichever employee is manning the house record player will be happy to take requests. If all that isn’t enough to please old-school audiophiles, Asmar has also acquired a 45-RPM record-player jukebox, and he plans to use his connections in the Bay Area music scene (the chef sings and plays guitar for the Oakland-based post-punk trio Big Long Now) to put together a big collection of 45s featuring local bands of the past ten years. It’ll be a “strange, eclectic jukebox,” Asmar said. 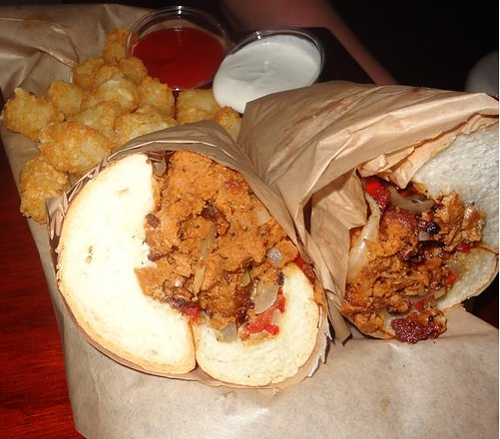 Food-wise, though, there won’t be much that’s strictly traditional, or old-school, about the restaurant. Asmar also runs the kitchen at Bender’s Bar and Grill (in San Francisco’s Mission district), where the food can be described loosely as “gastropub” fare — creative, somewhat fancified takes on pub standards like burgers, tater tots, and mac ’n’ cheese. At Analog, he plans to take that concept further, with a greater emphasis on high-quality local ingredients. As at Bender’s, there will be an array of burgers featuring grass-fed beef patties infused with bourbon and chunks of bacon. Other menu items will include apple-cider pulled pork, lamb poutine, sweet-potato fries served with maple syrup-infused Dijon mustard, and — for something “a little weird,” as Asmar put it — tacos stuffed with popcorn-chicken-like fried alligator nuggets.

Bender’s is also known for its vegan-friendly fare, and vegan bar patrons who are mourning the death of the formerly-all-vegan Olde Depot Public House will likely find Analog’s selection of fake-meat sandwiches — including a vegan cheesesteak and a vegan “Rachel” that both feature Asmar’s house-made seitan — right up their alley. Asmar also plans to offer a veggie burger made with beets and turnips.

Pending the approval of a beer-and-wine license, there should be several beers on tap to complement the restaurant’s decidedly beer-friendly food menu. Asmar is still in the process of obtaining all of the necessary permits, but he said he hopes Analog will be ready to open by March or April.

Next ArticleTuesday Must Reads: Dallas Passes on Santana; Hot, Dry Weather Brings Bears Out of Hibernation