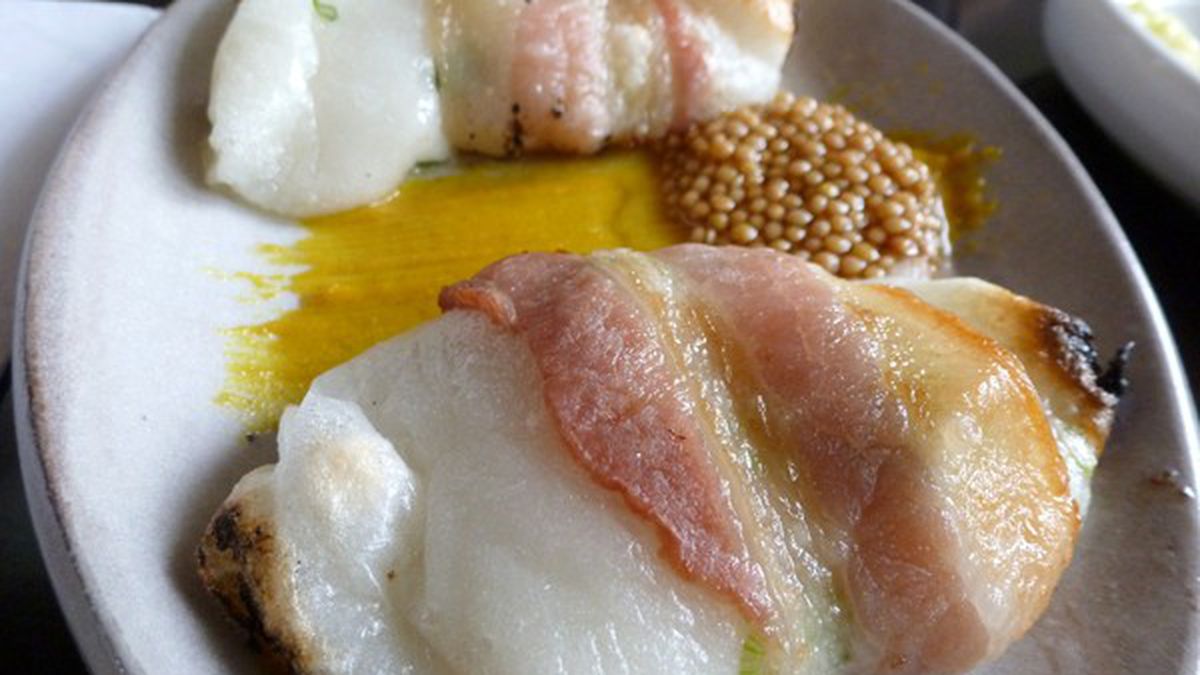 Plus overdue bagels, new street-Korean in West Oakland, and an early farewell.

I talked to Dimitri Thompson five days before the story ran, and he raved about the exciting changes Vaca was bringing to Noble’s food program. Two days later, he sent me a PDF of her proposed menu. Well, apparently everything went south within three short days, according to an eleventh-hour email from Thompson: “After long conversation with Melinda I decided not to go with her menu in near future. Please adjust that article!”

Thompson said he loves Vaca and her food but that a disagreement over pricing led them to part ways. He intends to find a new chef to create his menu.

In a phone conversation, Vaca said it was mostly an issue of time. As mentioned in the original story, she wants to train a chef who can prepare the new menu to her standards. Unfortunately, she said, she’s too busy at Make Westing to perform that training right now. Vaca still hopes something can be worked out in the future: “It’s a good menu, and I’d like to see it put to use.”

The Express has been sounding the air horn on Beauty’s Bagel Shop for almost a year, since shortly after Delfina chef Blake Joffe and his partner Amy Remsen started baking Montreal-style bagels at Addie’s Pizza Pie in Berkeley. More recently, The Wall Street Journal, Bon Appétit, and Sunset have also given Beauty’s shout-outs. There’s just one problem: Beauty’s shop still isn’t open, and Remsen is afraid people are losing patience.

“I’m pretty sure we’ll be open within a month,” she said. “But we’ve been saying that for so long, it’s probably hard to believe us now.”

Beauty’s moonlight operation at Addie’s was supposed to be a short-term arrangement, where they would bake enough bagels to supply Wise Sons and Saul’s until they got their own storefront. But every step of the way has been unexpectedly time-consuming and laborious, from finding a suitable location and getting the right permits to securing enough funding.

Now they have a space — at 3838 Telegraph in Oakland (the former home of Sushi Plus) — and they have the permits, but they’re still waiting for final loan approvals. Remsen worries that by the time they are operational, nobody will care about Beauty’s anymore.

I told her not to worry. The Bay Area has suffered through many years without enough bagel options; we can wait a little while longer. For updates on Beauty’s progress, check Facebook.com/BeautysBagelShop.

In a striking West Oakland industrial property, without a single restaurant or shop in sight, chef Sunhui Chang’s new street-Korean experiment Fusebox (2311A Magnolia St., Oakland, 510-444-3100) is slated to open next week. Housed in a tiny space carved out from a former oxygen plant, Fusebox has preserved a stark industrial simplicity well-suited for the neighborhood.

Korean-born Chang said he based the concept on the soju bangs (literally, rooms for drinking soju) of Korea, which he loves for their obscure, industrial locales. For this particular corner of West Oakland, right near the Emeryville border, he thinks it will give neighborhood residents a cure for their cabin fever.

I stopped by for a preview meal last week, and was intrigued by many of the offerings, including the pork-chin udon soup, the bacon-wrapped mochi with pickled mustard seeds, the cubes of house-made tofu crusted in rice flour, the spicy-sweet fried chicken, and the array of pickled things (shitake mushrooms, sparkler radish, bok choy, etc.).

As summer approaches, Fusebox will expand to dinner hours. Chang also intends to expand the miniscule twenty-seat indoor space with an outdoor patio, replete with a soft-serve machine and grill.

As you may have inferred when Luke Tsai introduced himself as the new Express food writer, I’m moving on. I’ve received a few emails in the past week, asking for salacious dirt on why I’m leaving so soon. Sorry gossip-hounds, I don’t have much to give.

Why am I leaving? Simply this: I live in San Francisco, and was offered a critic’s position at the San Francisco Examiner. As my friend Molly says, “A shorter commute is worth its lack of length in gold.”

But truthfully, I can’t imagine a better place than the Express to have cut my teeth as a critic. This paper has some of the sharpest minds in the Bay Area, and I was blessed to work with such an embarrassment of talent (however briefly).

As I’m sure this week’s review will show, you’re in good hands with Mr. Tsai. Make sure to read his stories each week; I know I will.&#8;