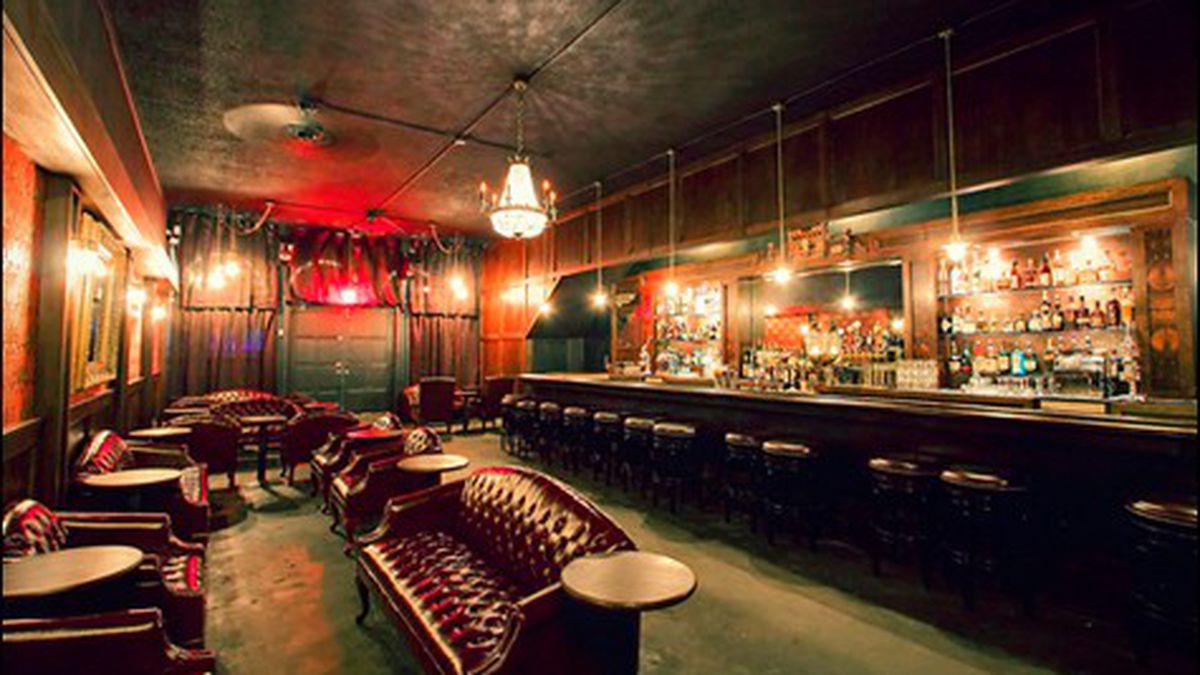 At The Night Light, Delight Is in the Details

Your grandpa will love Jack London's newest bar. And that's a good thing.

It’s 4:30 on a warm, still Monday afternoon and Doug Kinsey is talking toothpicks. Specifically: The new ones The Night Light just got in, which are thick and sturdy and exactly four and a half inches long. They don’t even look like toothpicks, really, at least not for non-giants — they’re more like tiny dowels or maybe some kind of instruments of torture. They are substantial in the hand and epic-looking in an olive and, quite frankly, the best toothpicks I’ve ever seen. They are immediately declared by everyone involved in the discussion to be leaps and bounds better than the old ones.

So things tend to go at The Night Light, which Kinsey recently opened with John Nackley near Jack London Square. No detail is overlooked here: The flowers in the bathrooms are fresh, the bar is mercifully be-purse-hooked, the furniture — brass-tacked and leathery — is custom-made. The bare-filament lights hanging above the bar were salvaged from a 1940s sailboat; below them, a pair of doors, nearly invisible against the wall, open to reveal a TV, to be used only for special occasions (i.e., football games). There are asterisks on the drinks menu explaining the names of certain cocktails. This is Kinsey and Nackley’s first bar on their own — they are, collectively, veterans of Radio, the Ruby Room, and Kitty’s (RIP) — and the eagerness to do well, to put their name on a new place, is a delight to watch.

In March, before The Night Light opened, I asked Nackley and Kinsey who they imagined the bar to be for; without skipping a beat, Nackley said “old people” — which is sort of funny in its irreverence to standard stylish-bar wisdom, but which speaks to the premium Nackley and Kinsey have put on comfort (also perhaps to the supremely crochet-proof setup, what with the purse hooks and flowers). The Night Light is trendy by virtue of its newness and its location and its $8 cocktails and the aforementioned bare filaments, but you get the sense that, even though very little happens by accident here, the trendiness may have. “We just kind of tried to emulate the bars we like ourselves,” explained Kinsey: “The Fat Lady, Bar 355 — and we also took a lot of inspiration from our location, so the maritime history of Jack London Square and all the old brothels and bordellos that used to be here.” The design, thus, is all dark wood and quilted Queen Anne sofas and paintings of classic nudes; ornate-looking mirrors and velvet-flocked wallpaper in florid golds, teals, and rubies lines the walls. There is very little natural light and, on some nights, Nackley and his friends play dominos on one of the little coffee tables. All together, the feeling is somewhere between the cabin of very classy ship and the library of a very classy person, and it’s pretty great.

The Night Light is loudly and clearly a whiskey-drinking place, and the menu reflects that: lots of brown liquors and very little wheel-reinventing. Cocktails tend toward the sweet-and-sour — not a fundamentally bad thing, just not my personal preference, though you have to appreciate a place that makes its own sour mix and squeezes its juice to order. Besides, the Old Smokey (Ardbeg single malt, maple syrup, Angostura bitters, served up, $10) is a true masterpiece of fusty heft and smoky Scotch goodness and hint-of-sweetness flavor. You can also never go wrong with bourbon on the rocks or a magical-toothpick-bedecked martini. It’s almost better that way.

Just over a month in, the old-person prophesy hasn’t quite been borne out: Although Kinsey claims they get more people older than fifty through the door than those between the ages of 21 and 25 on any given night, the customer base falls squarely in the late-twenties-to-mid-thirties range. But suffice it to say, if you ever need to take your grandpa out on the town, he’d probably love this place. It’s hard not to.

Ellen Cushing
Previous articleBreaking: Bay Guardian Sale to SF Examiner to be Finalized in May
Next articleMid-Week Menu: Cocina Criolla, Comal, and a Chop Bar Spinoff