1) There’s another new destination for coffee fiends in Uptown Oakland: Coloso Coffee opened last month at 1715 Webster Street. Owners Jose Posadas, Renzo Gianella, and Maggie Servais are serving Sightglass drip coffee and espresso drinks, as well as a small selection of pastries from San Francisco’s Sandbox Bakery (they of the excellent croissants). The cafe eventually plans to start roasting small batches of coffee in-house as well, importing the beans from a coffee farm in Peru that Posadas’ brother owns.

Posadas told What the Fork that the name Coloso — Spanish for “colossal” — is somewhat tongue-in-cheek: The standing-room-only cafe is decidedly not colossal in size, though Posada said he likes to think that what he and his partners have done is to launch a big idea in that small space. Current hours are Monday to Friday, 7 a.m.-5 p.m., and Saturdays, 9 a.m.-2 p.m. (Hat tip: @andytheohr.) 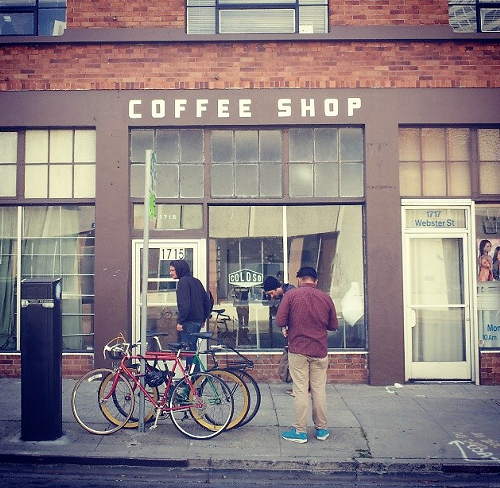 2) Inside Scoop has a few more details about The Growlers’ Arms (4214 Park Blvd.), the restaurant slated to replace Marzano in Oakland’s Glenview neighborhood sometime this summer. The new owners, Seamus and Shelley Mulhall (who both recently worked at San Francisco’s Gary Danko), plan to reopen the restaurant as a British-style gastropub, with Downton Abbey-inspired decor and a menu focused on updated versions of English pub classics such as rabbit sausage with colcannon, fish pie with mushy peas, and steak with Yorkshire pudding. 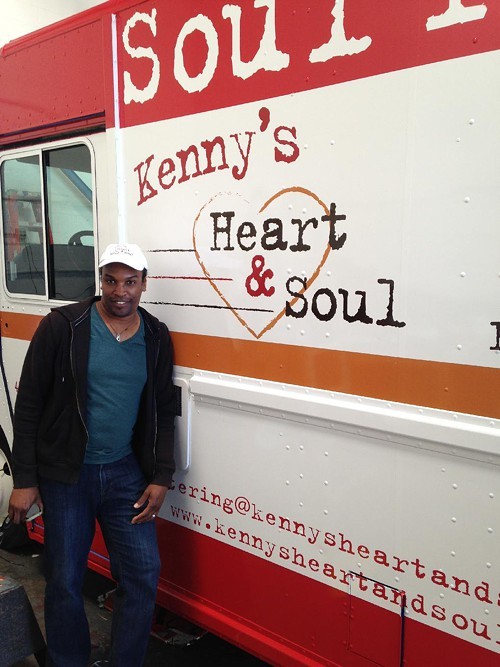 3) It looks like Kenny’s Heart & Soul, reputed to be the first food truck in the Bay Area to serve traditional soul food, is finally up and running. Kenny’s Heart & Soul has its soft launch last Friday, with a menu featuring fried chicken wings, cornbread, and more. Check out the truck’s schedule here.

4) Sadly, Zaki Kabob House (1101 San Pablo Ave., Albany), the popular Middle Eastern restaurant (and purveyor of what is perhaps the best rotisserie chicken in the East Bay), will close on June 1. The restaurant’s landlords have sold the building, after an earlier attempt by Zaki Kabob’s owners to raise enough money to buy it themselves failed. Ramzy Ayyid, the son of the owners, told Inside Scoop that reopening the restaurant in a new location is far from a certainty: “It could be, but right now, no.”

5) Eater reports that Alameda’s St. George Spirits and Hangar One, which was sold by St. George in 2010, will finalize that split sometime this summer. St. George has continued to produce Hangar One’s vodkas the past few years, but this summer Proximo Spirits — the new owners of the brand — will take over production in a new distillery located right next door.

6) A new bar called The Wolfhound (5516 San Pablo Ave., Oakland) is coming to the stretch of San Pablo Avenue that straddles North Oakland and Emeryville, The E’ville Eye reports. The Wolfhound is located at the former site of a post-World War II bar called The Streamline Lounge, and the owner’s plans include old-timey decor, live jazz, and a weekly pub quiz. Pending approval from the city planning commission, look for an opening sometime in the fall. (Hat tip to Tablehopper.) 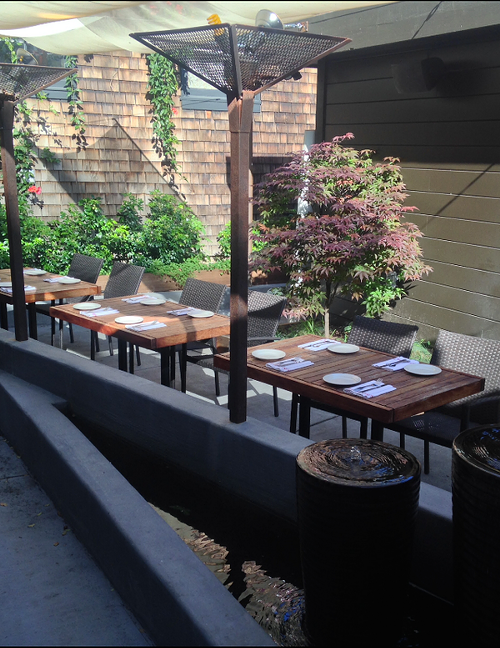 8) Bites Off Broadway will kick off its season this Friday, May 9, from 5:30 to 8:30 p.m., at the food truck gathering’s usual spot in front of the Studio One Center (365 45th St.) in North Oakland. Trucks and carts that will be hawking food at the season debut include Fist of Flour, Anakoot, Doc’s of the Bay, Go Streatery, Tina Tamale, Beulah’s Bean Truck, and Curbside Creamery.

9) EatDrinkFilms, a new food-and-film-themed online magazine based in the Bay Area, has launched. The project is the brainchild of Berkeley resident Gary Meyer, a longtime co-director of the Telluride Film Festival.

10) Perhaps you’ve seen The Bold Italic’s recent recurring feature, wherein the online magazine brings a cute four-year-old to dinner at some fancypants Bay Area restaurant — and then photographs the little tyke’s reactions to each dish? Uptown Oakland’s Plum (2214 Broadway) is the latest to get the treatment.

Luke Tsai
Previous articleLetters for the Week of May 7
Next articleWednesday Must Reads: Scientists Say Climate Change Has Arrived; Baby Shorebirds Shredded to Death in Downtown Oakland
18,645FansLike
12,284FollowersFollow
66,383FollowersFollow