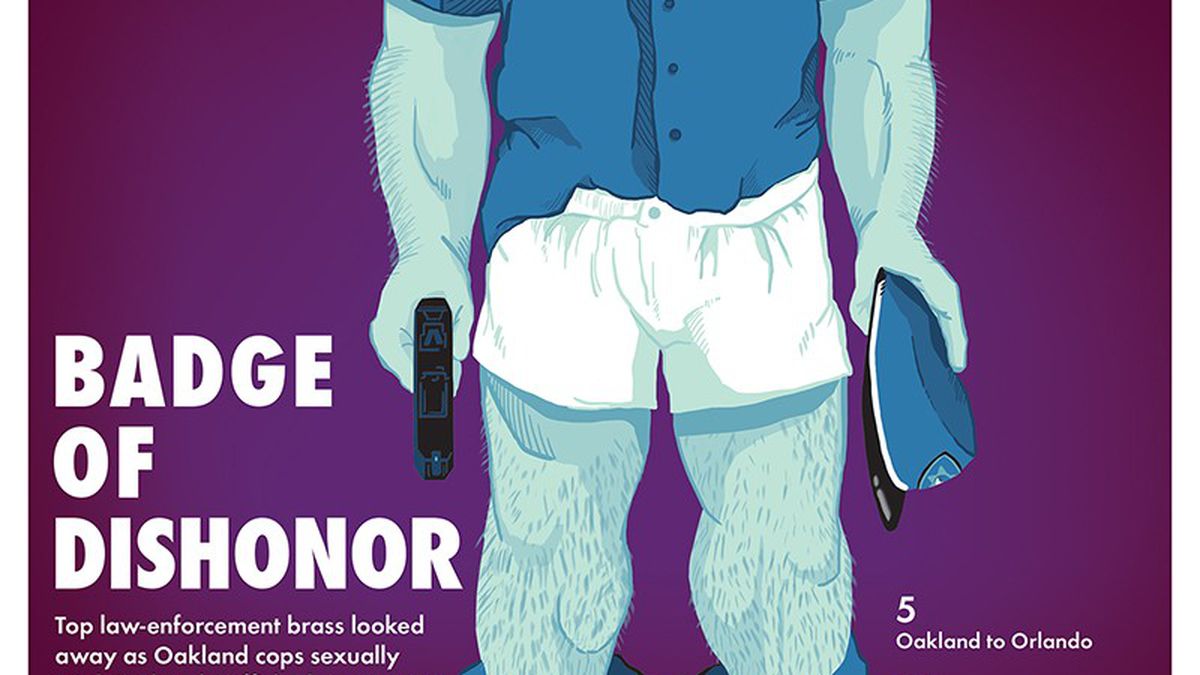 Readers sound off on the mayor, police sex scandal, and Orlando.

Yo, OPD: How’s that blue code of silence working for you now?

On legalizing prostitution and the OPD sex-crime scandal

One point that may be drawn from this, aside from the need for a massive police overhaul and punishment of crooked officers, is that we need to legalize prostitution. This is going to emerge as a social issue of our time, as we continue wasting public money arresting sex workers who, just like the persecuted weed smokers before them, aren’t hurting anyone.

Prostitution is going to continue whether you like it or not. Legalizing and regulating prostitution will protect vulnerable sex workers, remove violent pimps from the equation, and eliminate the dangerous power dynamic that these crooked cops used to exploit and manipulate this girl (and likely many others).

I am confident that this position will end up being on the right side of history, and it’s only a matter of time.

Why is the reporter protecting a child abuser? Who cares if that old perverted bastard has a heart attack?!? Seems to me that the reporter cares for the old, sick bastard, who doesn’t have heart problems but instead a sick soul.

So, publish his name! Let the entire nation see it. Publish his face, too, while you are at it. Shame his old, sorry, wrinkly arse in front of the entire world. He abused a young girl because he well knew he had the power and she didn’t.

I am so damn sick of cops abusing their power wherever they go.

Leave it to Libby

Leave it to Mayor Libby Schaaf to cover up such a sordid, illegal mess. While Schaaf preened herself for the cameras, she proved to be a poor mayor and a worse citizen, lying about the exploitation by the police. She should resign and be tried for colluding in this scandal. Then, if convicted, send her off to jail where she belongs.

The district attorney needs to investigate this much more fully, and not behind closed doors but in the light, and include Attorney General Kamala Harris’ office, which so far seems woefully slow in responding or investigating. It is doubtful she will make a decent senator and voters might want to keep her poor performance in mind when voting in the coming election.

“From Oakland to Orlando” by Julio Salgado, Essay, June 15:

The Orlando gunman’s stated purpose was retaliation for the American bombing of Afghan noncombatants. He’d researched other venues for the shooting before settling on Pulse. And one venue was Disney World. So, like you, I keep thinking that it could have been me. This is not to discount the man’s homophobia, but the victims could have been anyone in America.

Will Americans ever look at a photograph of the Orlando killer and think, “That could be me?” We should, because we also have been that killers of innocent civilians. The only difference is that we have slaughtered so many more of them.