.Death of a Pot Salesman?

The plight of the neighborhood pot dealer just got a lot harder in Colorado. In Denver, many think they'll go extinct. 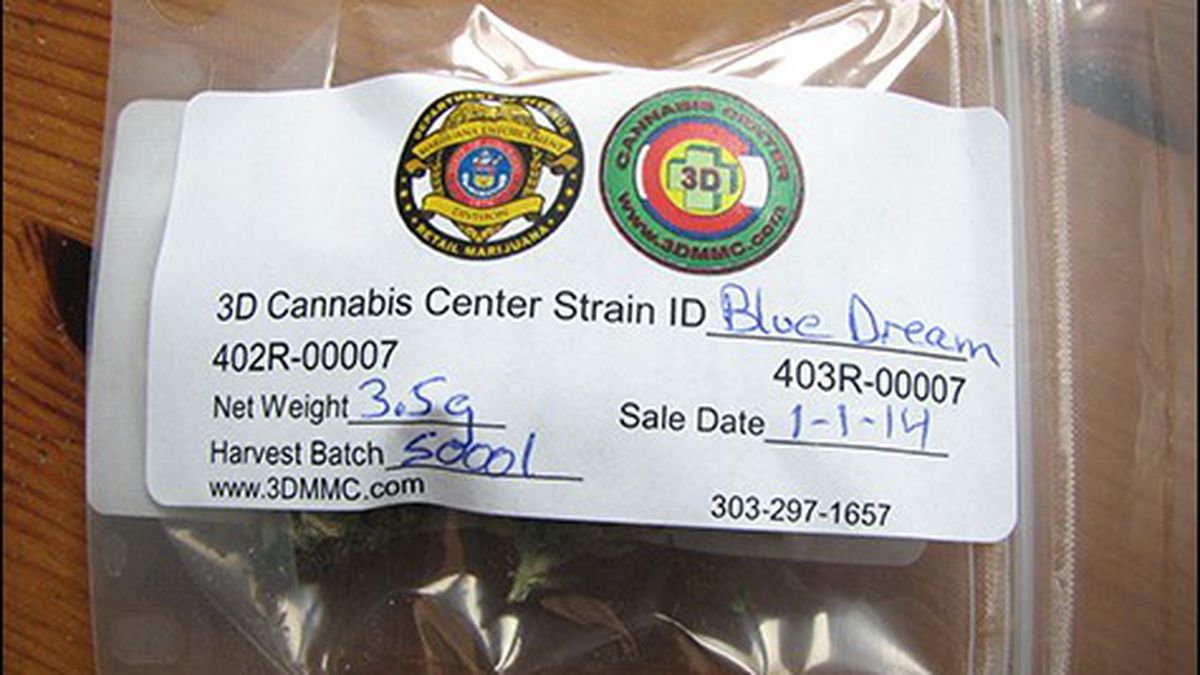 On January 1, at 8 a.m., the State of Colorado began allowing licensed businesses to sell marijuana to any adult 21 years of age or older. No medical card is needed — just show your ID, and choose your weed from a broad selection of strains. Much like alcohol.

The story was splashed across the front pages of newspapers and websites around the world for the rest of the week with photos of long lines of smiling customers waiting in cold weather. But amid the media circus, everyone overlooked a vital angle: What will become of the average black-market pot dealer?

“I don’t think anyone really cares,” scoffed Mason Tvert, an architect of Colorado’s legalization Amendment 64. “I mean, what about all those poor bootleggers that were hauling alcohol across the country?”

“Fuck ’em,” said one young gentleman at the back of fifty-minute line to buy weed on Wednesday afternoon at the pot store Dank Colorado in Denver. The tall black man with a goatee and red flannel jacket added, “I had a couple friends who are growers and they voted against legalization. They said it would mess things up for them. I mean, come on. Screw those guys.”

Twenty-one-year-old Denver resident Azzarias got off his night shift at 6 a.m. Wednesday and came to stand in line at 3D Cannabis Center. The young man had previously bought marijuana from a street dealer. “He’ll probably have to cut his prices,” he said. “I’m sure they’ll go extinct soon.”

In 1917, Denver was among the first US cities to ban pot sales. Colorado followed suit in 1922, and then the entire federal government in 1937. The first dealer arrested under the Federal Marijuana Tax Act was Denver resident Samuel R. Caldwell who was busted by the FBI and Denver cops for selling two joints. Caldwell was sentenced to four years of hard labor in Leavenworth, and after serving every day of his sentence, he died one year after his release.

Since then, an estimated 26 million people have been arrested in the War on Pot. About 750,000 people will be arrested on marijuana-related charges in America in 2014.

The Drug War also has dumped billions of dollars into underground economies run by Mexican drug cartels and domestic growers, while turning the small-time local pot dealer into a popular icon. Movies such as Half-Baked, Pineapple Express, Blow, and American Beauty, and the TV show Weeds, all featured a typical young stoner who wants to smoke for free. Making some extra money on the side is a bonus.

The advent of medical marijuana in California in 1996 began to squeeze pot profits, though. Colorado went medical in 2000. And as prohibition ebbs and the risk of prosecution lessens, so will the price of pot, researchers say. “The cost of production of marijuana has been reduced dramatically,” Tvert said. “Right now marijuana is being sold medically for $25 per eighth or $150 per ounce.”

On January 1, 3D Cannabis Center in Denver was selling eighth-ounces for $48, but that price included a 21.22 percent tax.

“And that’s going to go down as their overhead goes down. Right now they have to pay for all sorts of compliance and licensing fees,” Tvert said. “Competition will also pick up.”

Indeed, Ashley Kilroy, the marijuana policy director of the City and County of Denver, said Denver had eighteen stores open on New Year’s Day and dozens more will open in the coming weeks.

Even if legal weed is pricier than expected because of taxes, people will willingly pay for convenience. “If you are going to get marijuana today after work, are you going to want to call around to see where you can score some illegal marijuana, or are you going to stop at the store and pay ten dollars more?” asked Tvert. “A person is going to go with the latter road.”

Furthermore, any adult over 21 in Colorado can legally grow up to three mature plants, which can each yield a pound. So while the stores outcompete on the high end of the market, the vibrant homegrown gift economy fills out the bottom end. RAND found that, in 2012, Americans mostly commonly obtained pot for free.

“The underground market is going to be virtually eliminated, much like alcohol,” Tvert said. “There won’t be any incentive to be illegally growing and selling marijuana much like there isn’t much incentive to try and distill vodka in your basement and sell it to your friends.”

Beau Kilmer, a drug policy researcher for RAND, said what happens to the black market dealers depends on Colorado regulatory decisions in 2014. “The markets are going to be in transition for a while,” he said. “It’s going to take some time.”

Weed dealers could presumably move into selling harder drugs, focus on under-21 sales, and compete for locations (campus dorms) and retail hours (late into the night). But any way you slice it, changes are coming.

“Naturally, the black market will be significantly impacted,” wrote UC Berkeley Law Professor Robert MacCoun in an email. “But the story may get complicated.”

Or maybe it won’t.

“Dealers hate legalization,” another young man in line quipped, “just like the mob hated the end of Prohibition.”