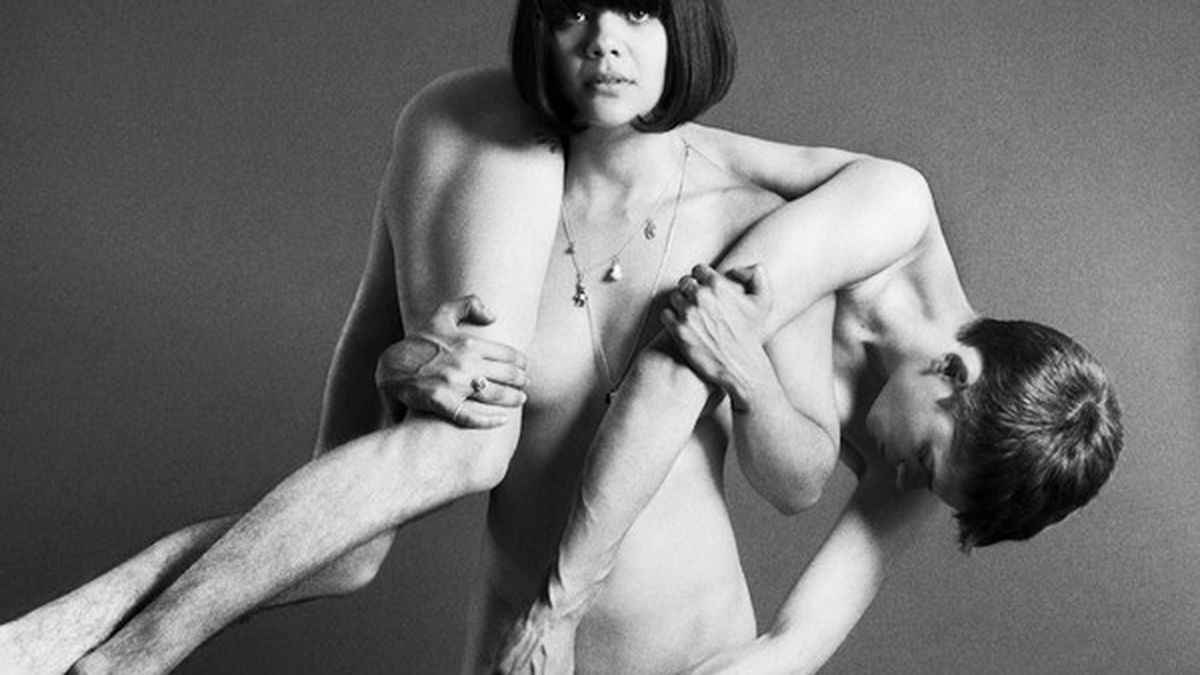 Lots of convenient parallels can be drawn between Bat for Lashes’ new album, The Haunted Man, and the photo on its cover, which features a naked Natasha Khan (aka Bat for Lashes) with a naked man slung around her shoulders like a fleshy stole. While this “stripping away” reflects the album’s pared-down, dark, and dreamy baroque-pop sound, her minimalism still sounds like maximalism by other standards.

Khan likes to stitch together odd snippets of sound to render them utterly familiar. She employed dozen of musicians who play a range of instruments, including harmonium, synthesizers, French horn, autoharp, and marimba.

When not focused on the album’s titular “haunted men,” the lyrics are a meditation on the sheer joy of existence. In “Lilies,” Khan wails Thank God I’m alive, and in “Horses of the Sun” she sings, And as I walked through my door, I saw the stars spelled out ‘Saved.’ It’s even better when Khan comes down a bit from the heights of her breathy soprano, as in “Laura,” the album’s stand-out single and easily one of pop music’s most beautiful odes of the year.

No other song on The Haunted Man is as good as “Laura,” but the song alone could carry a worse album. As it is, The Haunted Man is pleasant and interesting at first listen, but reveals intricacy and depth the more you listen to it. (Parlophone)

All the Potential Contractors for Oakland’s Controversial Surveillance Center Have Ties...

Port of Oakland Approves Talks with Waterfront Ballpark Group — and...