Fast-food workers across the US have been staging strikes to demand a higher wage, and the issues that brought rise to the Occupy movement remain largely unresolved, but in Berkeley, the proprietors of one business believe they’ve found a way to successfully bridge the divide between workers and owners. The Alchemy Collective Cafe (3140 Martin Luther King Jr. Way) opened in a tiny storefront in South Berkeley last February with a simple business model. At Alchemy, the baristas would be the owners, so that each worker would have an equal stake in the cafe’s success.

Now, as the cafe prepares to move to a larger location just a few blocks away, the collective ownership model continues to be a success, according to Chris Myers, one of the worker-owners.

“I do think that the cooperative model is better for communities and people as a whole than the traditional business model, and [it] can lead to stronger businesses,” Myers said.

Myers acknowledged, however, that there’s also nothing “inherently magical” about running a collective-owned business. As with any enterprise, a solid business plan and smart decision-making are prerequisites to success. 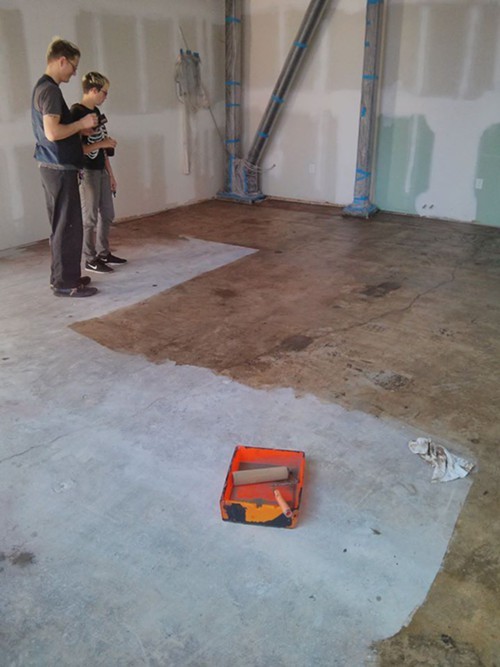 Currently, the Alchemy collective has five worker-owners: co-founders Chris Myers, James Parrish, and Payam Imani, plus two others — Chole Bartholomew and Tierza Prothero — who signed on more recently. From the start, the founders drew on what is a rich tradition of worker-owned businesses in the Bay Area, seeking advice from Arizmendi co-founder Tim Huet and hiring a lawyer who specializes in co-ops to help draw up the paperwork.

But the cafe has also taken the the idea of collective ownership further than many Bay Area co-ops: The Alchemy Collective makes all business decisions on the basis of one-hundred-percent consensus. As Myers noted, “If the Senate were like that, it wouldn’t work.” Even reaching a consensus between five owners — five chefs in the kitchen, so to speak — is a daunting prospect, but according to Myers, “I feel like it should have been more challenging.”

One of the keys, Myers said, has been in choosing collective members who share the same basic vision for the business — in terms of the quality of the coffee and the type of service they wanted to provide. Consequently, most of the disputes the worker-owners have had have been about relatively minor issues. The biggest point of contention so far? Whether or not the cafe should accept credit cards. (For the record, Alchemy does take credit cards now, and, according to Myers, that turned out to be a good decision.)

All that said, Myers conceded that the process of trying to grind out a consensus can be exhausting. “However, to me, this is far preferable than being a sole owner and having to coerce your employees into giving a hundred percent to the business when they have no real stake in it,” he said.

At a modest 540 square feet, the new Alchemy Collective Cafe, located at 1741 Alcatraz Ave., will still be four times the size of the original shop, with enough room for a small kitchen and seats for at least ten customers. A covered outdoor patio area should provide seating for another ten. All in all, it will be a big upgrade, especially given that the cafe’s current, broom-closet-size location has neither a customer bathroom nor running water.

The addition of a functional kitchen will allow Alchemy to expand its food offerings beyond its existing roster of Starter Bakery pastries, but Myers said the cafe plans to keep the menu fairly simple: granola, an egg-and-cheese breakfast sandwich, granola, and a couple of other sandwich options for lunch.

“We still want to focus on the coffee, and not spread our energies too much in making burgers or whatever,” Myers said.

Given that Alchemy raised $10,000 via Kickstarter to fund its initial cafe, it’s no surprise that the collective will be turning to the crowdfunding platform once again to raise another $10,000, which will help pay for equipment for the new location. (Update: Here is the Kickstarter link.)

If everything goes according to plan, the new Alchemy Collective Cafe will be ready to open sometime in September.