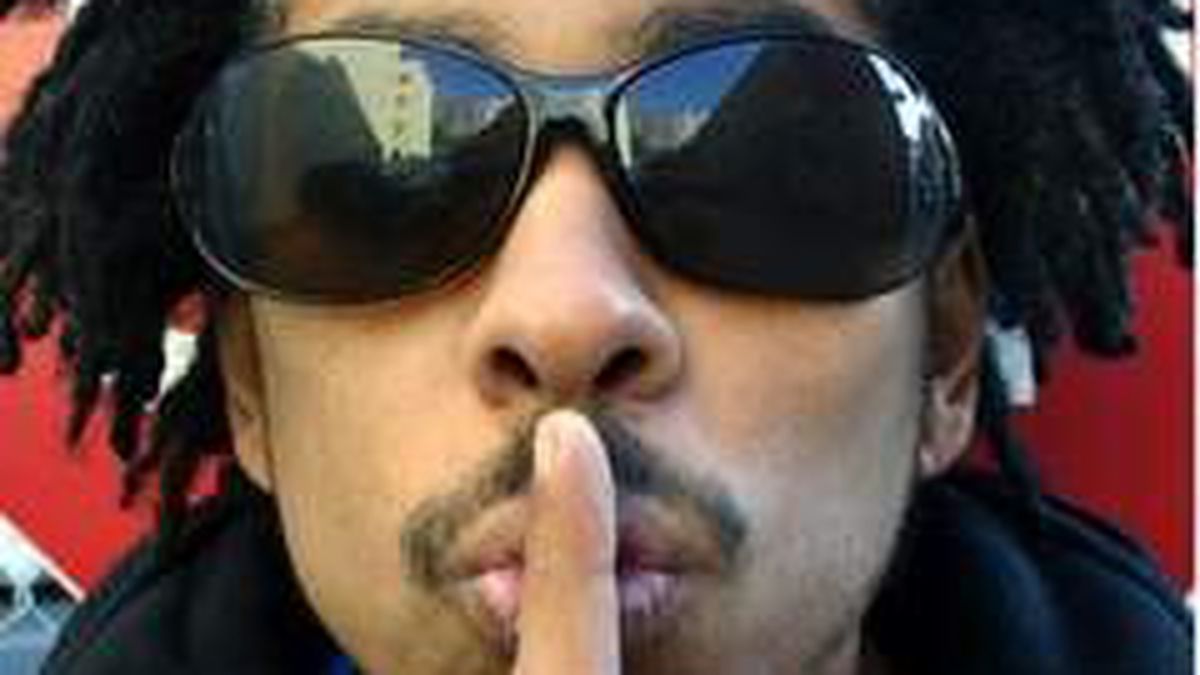 Weed as sacrament? Tupac as a roadie? White girls as experimentation? We get a lot of random e-mails around here, but today’s mass e-mail from Oakland’s Legendary Digital Underground leader Shock G wins the prize for “Random E-mail of the Week.” Titled: “U Can’t Handle the Truth!” (Shattering the Myths) by shockg, it reads like a high stream-of-consciousness missive. Our favorite excerpts:

“U Can’t Handle the Truth!”
(Shattering the Myths)
by shockg

Really? By being happy & enjoying the world you best honor god. Respect Jesus by honoring the natural stimulants put here by his parents, ..Jah/Allah/God/Mother Nature/The All Mighty, whatever u like to call him/her/them. If doing Gods natural drugs is a sin, can u imagine the magnitude of evil it must be to do an advil? Ha ha ha, can’t argue that!

MYTH 2: TUPAC STARTED OUT AS A DANCER AND EVOLVED INTO A RAPPER
Please. Pac was just touring with us (digital underground) to kill time while we shopped his demo and helped him finish his album. Money-B’s brother Cullen, our original Humpty-dancer, stayed home to make room for Pac, so Pac filled in and did the dance. Yes, you could say he did this as part of his “job” but he did it mostly for fun. Everyone in our 8-person crew wanted to do the dance, it pulled the chicks after the show each night. We signed Tupac Shakur to our indy label TNT records as an emcee and began working on his album in 1989. He began touring with d.u. a year later, after being bored & frustrated with waiting for us to return from tour to continue working on his project. And we were constantly shopping him the entire time, many companies passed before Interscope finally agreed to distribute him. His “I was Shocks roadie” comment from “Resurrection” also makes my blood boil; as if the nigga carried my personal bags. He never did. Everyone carried their own suitcases. Unloading & loading the stage equipment was the tour responsibility he speaks of, a “right of passage” to every d.u. member. We all did it for a tour or 2, including myself & Money-B on the first tours, and later it was how we initiated new blood. So did DJ Fuze, Saafir, DJ-JZ, Pee Wee, and every other d.u. member except the females. (they cleaned the bus & did the laundry; perhaps chauvinist but true)

To say that Tupac “originally started as a dancer”, as many people & publications often do, not only insults his true title & essence at that time, (emcee, public activist, & social critic) but it also insults digital undergrounds awareness & recognition of who he really was at the time. Worst of all, it promotes that it’s uncool to dance, and that no self respecting revolutionary, “thug”, or “gangsta” would be caught dancing; as if Pac graduated outta dancing into a stronger male. Nope, sorry, he was already the strong male revolutionary, with 2Pacalyspe Now recorded, BEFORE he danced with d.u. Therefore, Tupac deserves even more credit for being all of the above and still remaining humble enough to contribute to d.u. as a dancer & roadie. It was his choice to do this, not an ultimatum, as his solo album was already being shopped, and as we were already committed to his project.

He also can be seen playing congas & doing background vocals onstage w/d.u. on televised Yo MTV Raps Live, and Showtime at the Apollo tapings, well after the movie Juice and his solo album was out. This is documented fact, do the research, and then do the math.

MYTH 3: DJ DARRYL PRODUCED I GET AROUND; SHOCK-G PRODUCED TEMPTATIONS.

Nope, Easy-Mo Bee produced Temptations, I just happened to be in the video.

Billboard magazine mistakenly listed I Get Around as produced by DJ Darryl the whole summer it was on the charts. Just for the record, here are the songs I produced for Tupac in the order we recorded them:
89 thru 95:
Rebel of the Underground
Revenge of tha Lunatic
Words of Wisdom
Do For Love (acoustic piano + Pac rimin; never officially released)
It Ain’t Necessarily So (unreleased)
I Get Around
Still Down (original version, unreleased)
So Many Tears
Fuck the World

MYTH 4: ONLY SELLOUTS DATE BEYOND THEIR RACE

The importance of not hiding these truths is that concealing them perpetuates racial divides. Many fans & other people with impressionable minds view Clint Eastwood as a traditionally “white” western hero; Deniro as the tuff New York City Italian purest, and Tupac as a strict “black” revolutionary; all of whom would never date beyond their own race, a public image which contributes to negative stereotypes and further alienates the races. Promote harmony within the mighty & beautiful HUMAN race, and forever let the truth be known: people are people.

People often joke about successful African American men “selling out” or “betraying their race” by enjoying the company of a woman of European or Asian descent, but seldom do we acknowledge the fact that interracial experimentation seems to be a pastime of successful people in general. Perhaps outstanding accomplishments & financial success grants one
the confidence, the freedom, the privacy, or the courage, to follow ones heart and explore the world more freely? ..without the usual trappings & scorn from the many unhappy crabs in a barrel who lack the courage or resources to follow their own hearts?

Okay, what happens in Vegas is supposed to stay in Vegas, but while we’re on the subject, let’s review another interesting fact: If you interview a “black” working girl at any of the brothels & escort agencies of Nevada, you will find that the majority of their customers are married “white” male conservatives by day, but chocolate nookie lovers by night.
Hee hee, and it’s the same with all the other “colors” too. (“Hey, I’m married to an apple, but I wanna see what an orange feels like!”)

Opinion: The Force Fails to Tell the Real Story of Oakland...