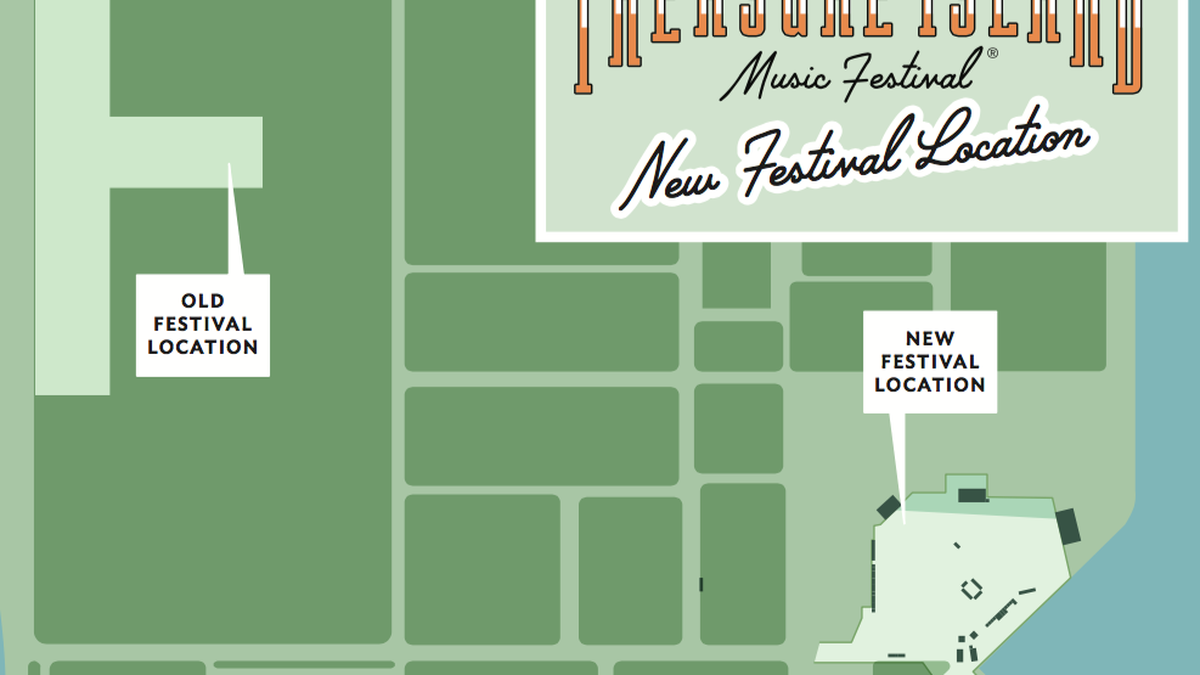 By Nick Miller
Sep 27, 2016
A multibillion-dollar development project on Treasure Island has its annual music festival on the move — to the east side of the island.

Treasure Island Music Festival announced this morning that it will be relocating several hundred yards for this October’s party.

The great news for East Bay concert-goers is that there will be killer views of downtown Oakland, the new Bay Bridge and the hills due to this new location.

And, you know, there’s no real bad news. There will even be a first-ever shuttle to and from the East Bay (location to-be-announced). And if you’re a VIP-section baller, well, there’s a larger VIP section, as well.

Plus, they’re keeping the ferris wheel: This year, it will be set up on the pier on the east side of the island.

Here’s a map of the new layout: