1. Federal education officials are threatening to cut off $3.5 billion in funding to public schools in California this year because of a dispute over standardized testing, the Mercury News reports. The feds are angry about legislation signed by Governor Jerry Brown last month that eliminates the STAR test this spring. The state is launching new computerized testing for public schools this year to replace the STAR test, but will not release the results because the new exams are only in a testing phase. Brown has argued that it’s unfair to require students to take two sets of standardized tests, but US Department of Education officials say the legislation violates federal law. 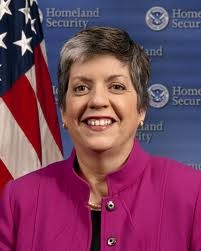 3. A regulatory judge said PG&E should be fined $6.75 million for its failure to disclose record-keeping errors concerning a San Carlos gas pipeline, the Chron reports. The San Carlos line contains similar flaws to the San Bruno line that exploded in flames in 2010 and killed eight people.

4. State regulators plan to require BART and other transit rail agencies in the state to improve communication between train operators and track workers in the wake of a fatal BART crash that killed two longtime transit workers earlier this month, the CoCo Times reports.

5. Oakland public schools have agreed to provide comprehensive translation and interpretation services to students and families who don’t speak English, the Trib reports. The move was prompted by a civil rights lawsuit filed by a Vietnamese-speaking father whose son was punished repeatedly at an Oakland school because he didn’t speak English.

6. And state Senator Ron Calderon of Los Angeles took more than $60,000 in bribes from undercover FBI agents as part of a year-long sting, Al Jazeera reports.