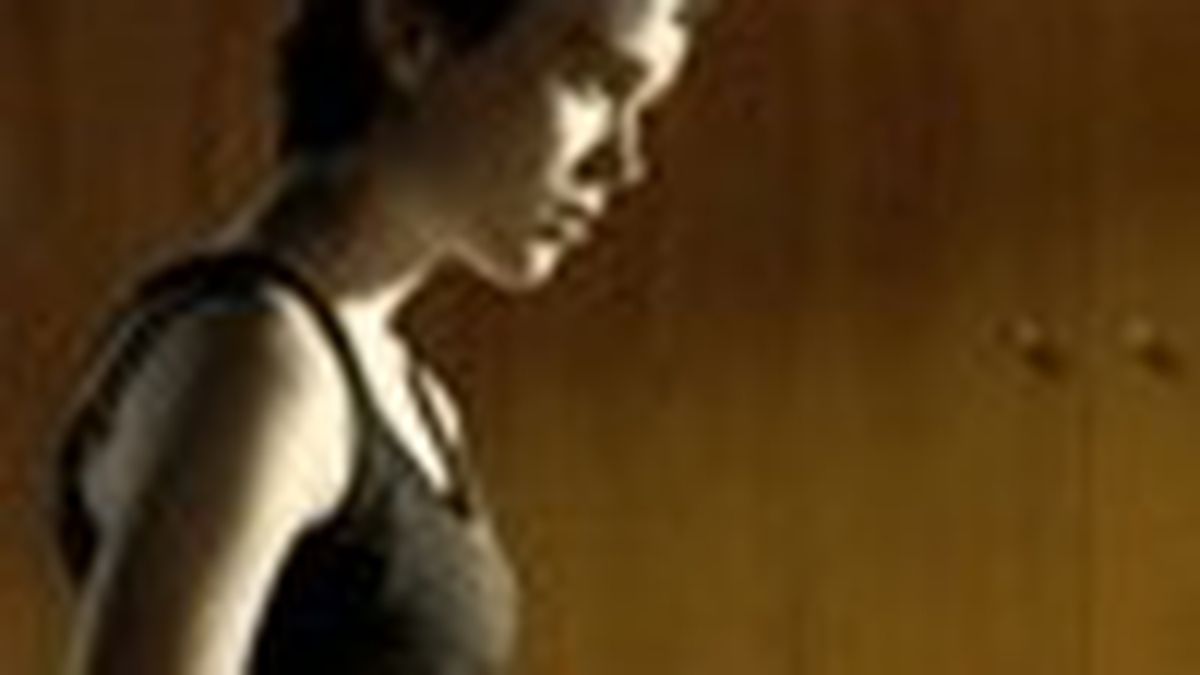 Hard Candy turns the tables on an online pedophile.

The Darwinian theory that schlocksploitation must tighten its twist of the nuts with each new release will be tested strenuously for years — or at least several weeks — by Hard Candy. A pointedly s(l)ick cross between Oleanna and I Spit on Your Grave, thrown like raw meat to Lions Gate for $4 million at Sundance, Hard Candy depicts a 32-year-old fashion photographer with an eye for jailbait getting bound and gagged by his latest subject — a screwdriver-swilling, scalpel-wielding gender-avenger who’s all of fourteen. Not to sound like Michael Medved here, but really: Isn’t there a statute of limitations for the rape-revenge genre? “We can sell it as a female empowerment movie,” Lions Gate’s Tom Ortenberg told The Boston Globe at Sundance — even as his reading of the film’s moral dilemma suggested another marketing tack: “What if this was your daughter?”

Hard Candy, however it’s wrapped, is a tough one to swallow. (“For disturbing, violent, and aberrant sexual content involving a teen,” the ratings board says of its generously issued R.) Still, the acute precociousness of our score-settling Lolita strains credibility only if you refuse to accept the film’s effortless assertion that American pop — i.e., the Internet and, yes, extreme cinema-on-demand — has lowered the minimum-age requirements for just about everything, including principled payback. Hayley Stark (Ellen Page), the freckle-faced femme fatale who toys with her pedophilic prey in an online chat room before meeting him in the “RW” (that’s the real world), is reading the autobiography of tormented actress Jean Seberg as well as Romeo and Juliet; her retorts, typed or uttered, are as sharp as the surgical tool she threatens to use on the photographer for “preventative maintenance.” When Jeff (Patrick Wilson), the perv-turned-victim, pleads from behind tight ropes that his professional rep will be ruined if Hayley calls the cops, the young cultural critic begs to differ. “Didn’t Roman Polanski just win an Oscar?”

Not for nothing does the movie put its cradle-robbing creep in the image-making biz. Hard Candy, seductively shot in hi-def DV by music video director David Slade, contrives to wag its own finger at itself — to have its bonbon and eat it too. Right from the film’s opening peep at instant sex-messaging (Jeff’s handle is “lensman319,” Hayley’s is “thonggrrrl14”), Slade goads us to admit taking guilty pleasure even from within a scenario as criminal as this one. Maybe Slade’s first RW close-up — of a fork slowly sliding through moist cake — is already stepping over the line. (Or maybe that comes in the next two shots, whose insinuation of sexual appetite I can’t even attempt to describe for fear of crossing the line myself.) In any case, one thing leads to another between these inveterate flirts (rapid-fire innuendo is easy with online practice), and the two proceed blushingly to the shooter’s Hollywood Hills bungalow, an Almodovarian setting that essentially allows Slade to blame the pedophile’s interior decorating sensibilities for our arousal. At least until the tables are turned (and probably a bit after too), Hard Candy is film noir as bright red lollipop: Its intoxicating visuals lower our defenses as effectively as the roofie that Riding Hood slips the Big Bad Wolf in his own lair.

In the spirit of Lions Gate’s Hostel and The Devil’s Rejects, a good half of this lurid two-hander is pure torture — to watch, some will say, particularly once the resourceful Hayley discovers her captive’s secret stash of homemade child porn and gets to work with a hospital gurney, a bag of ice, and … that scalpel. (Dad, she explains, is a surgeon.) Much as I’m convinced of the filmmaker’s own talent for cutting (and shooting), this critic would nearly kill to know how Carol J. Clover — the rape-revenge-movie scholar who wrote the book on post-Psycho horror (Men, Women, and Chain Saws) — will come to grips with Hard Candy, a film that forges identification with its victimized heroine like nothing else in decades. (The Nova Scotia-born Page, a Molly Ringwald type who was only fifteen when the movie was made, leaves little doubt as to whether a kid can play a grown-up’s icky game and win.) Still, the only truly authoritative review may be that of a fourteen-year-old girl in an online chat room. If Hard Candy is a fantasy, it’s hers — and, given the nature of most fantasies these days, she’s entitled to it.

Tenor of the Times

God Save the Queen