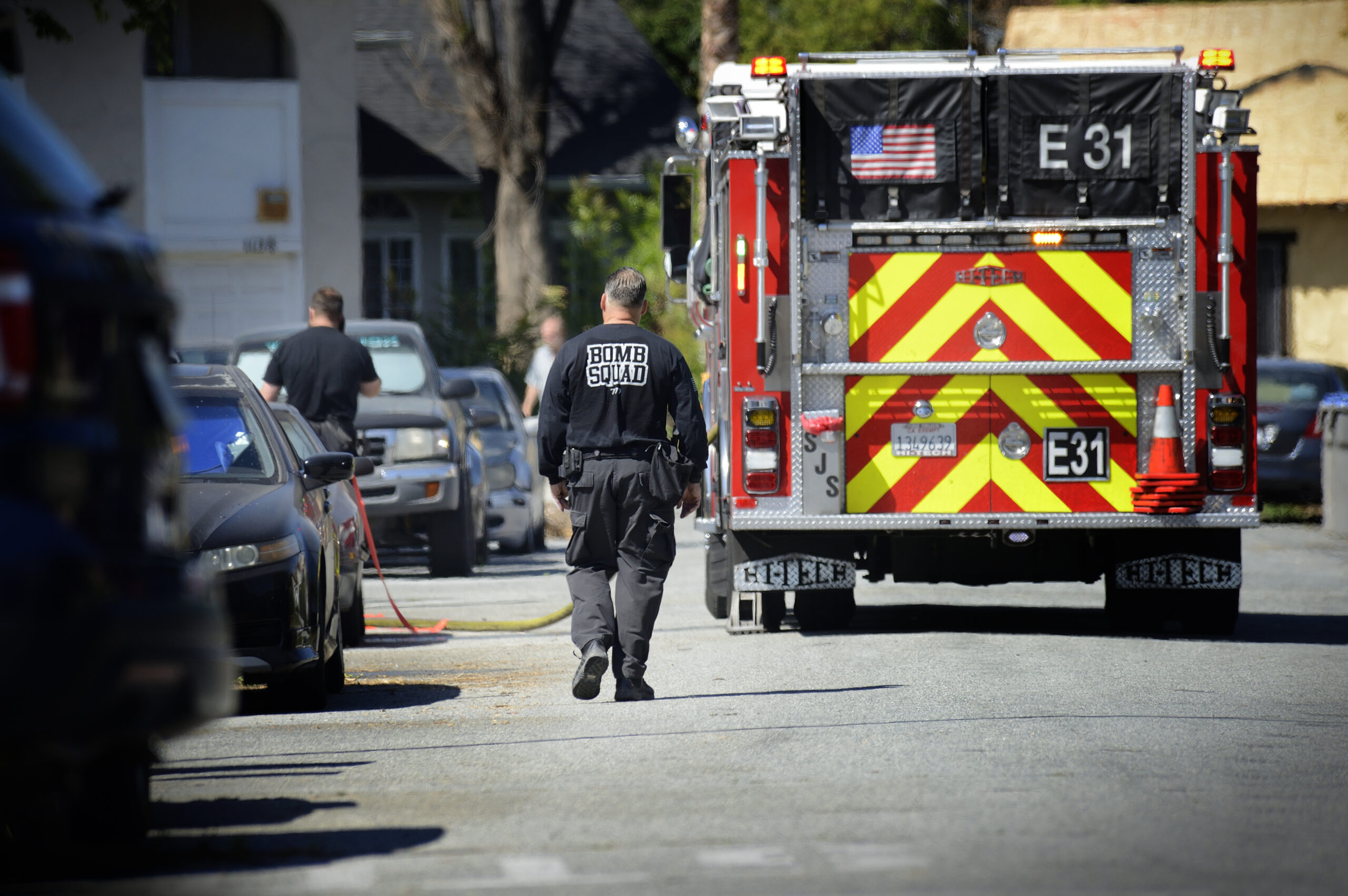 Although detectives provided no further details, high-capacity magazines for semi-automatic handguns typically hold 30-33 rounds, or potentially over 1,000 rounds of ammunition in the duffle bag Cassidy reportedly carried into the VTA maintenance yard. Detectives have not revealed how many shots Cassidy fired from his weapons.

“Sheriff’s Office crime scene investigators and the FBI Evidence Response Team are using high tech equipment to document the crime scene to ensure a full and thorough investigation is completed,” the Sheriff’s Office said in an afternoon press release today, May 27. “This technical documentation of the crime scene will also provide the ability to re-create the events of the tragedy to help improve active shooter awareness and training.”

The attack occurred next door to the Sheriff’s Office on Younger Avenue in San Jose, which meant officers got the 911 call, heard shots and ran into the VTA buildings as Cassidy was firing his weapons into two crowded rooms. Deputies said that when Cassidy heard them come at him, he shot himself and was dead when deputies found him.

“The heroic actions of the men and women of the Sheriff’s Office who donned their essential protective equipment and lifesaving medical kits and ran toward the gunfire saved lives,” the press release said. “They were armed with the necessary rescue equipment and munitions to immediately stop the suspect from continuing to take the lives of innocent and helpless VTA employees who were proudly at work providing a service to Santa Clara County.”

“The motive of the suspect remains a priority in the Sheriff’s Office investigation,” the statement continued, “and detectives are continuing to conduct interviews and review video and cell phone evidence to hopefully come to a reasonable determination of motive.”

“Sheriff’s deputies were affected by this incident and continue to process the tragedy while continuing to proudly serve the community. They are heroes as are all law enforcement officers who put their lives on the line every day to keep the community safe,” the Sheriff’s Office stated.

“If you have any information regarding this incident, please call the Sheriff’s Office at 408-808-4500.”