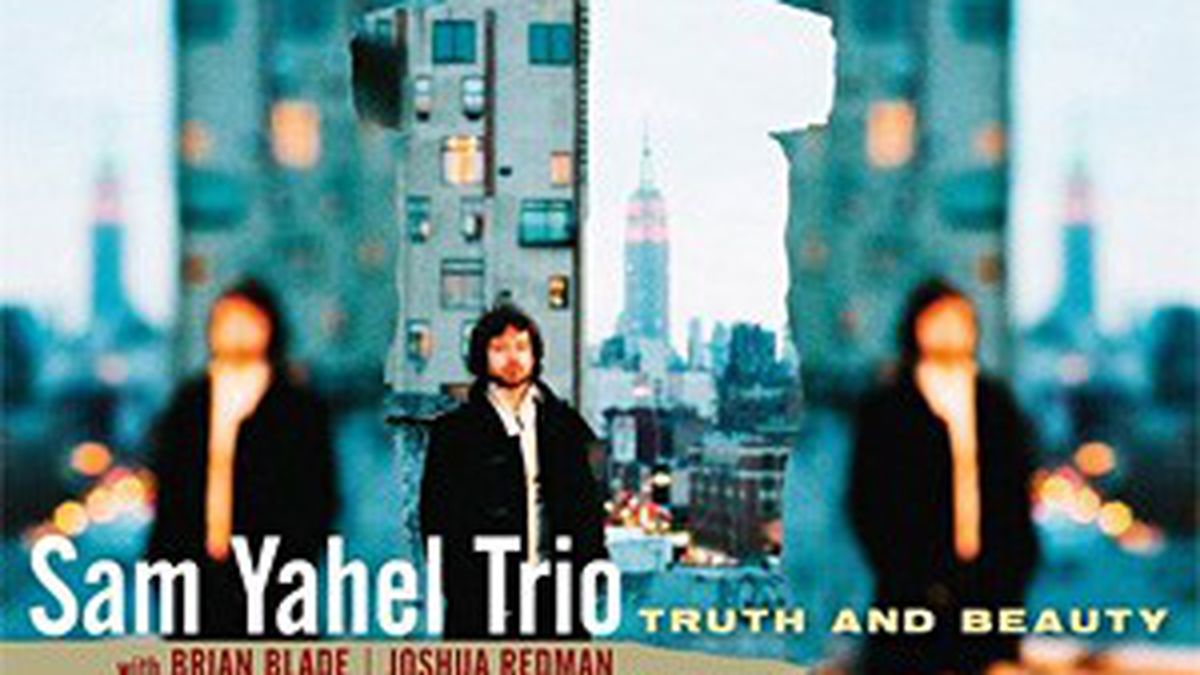 The tawdry cover art on Sam Yahel Trio’s new album — which echoes that of New Jack Swing albums of the ’90s with its reflected glamour shots of the trench-coated Yahel on a New York City rooftop — might clue you into which direction the Hammond B3 organist is heading on his groove-driven fourth effort. Despite his platitudes about world-music influences, and the infectious tukkah-tukkah-tukkah drum beat on his title track, Yahel appears to be veering away from worldish genre-blenders of the Omar Sosa strain. Rather, Truth and Beauty has an impeccably cool, highly accessible New York sound that appeals to listeners who want to enhance their hipster credentials.

Truth and Beauty is a clean, understated, and often whispery album, thanks mostly to the delicate interplay between Yahel, his tenor saxophonist Joshua Redman, and drummer Brian Blade. The three finish each other’s sentences in such an intuitive way that the solos barely sound like solos; you never get the sense of anyone cross-examining anyone else, or straining to show off his chops. In fact, tunes like “Child Watching” and Yahel’s slightly-behind-the-beat Ornette Coleman tribute, “Check Up,” sound so private and intimate that listening to them seems tantamount to eavesdropping. In “Night Game,” the organist transforms a cheesy Paul Simon number into a wordless hymn. The original song — in which Simon attempts to use baseball as a metaphor for death, with laughable results — might have benefited from Yahel’s patience as a bandleader.