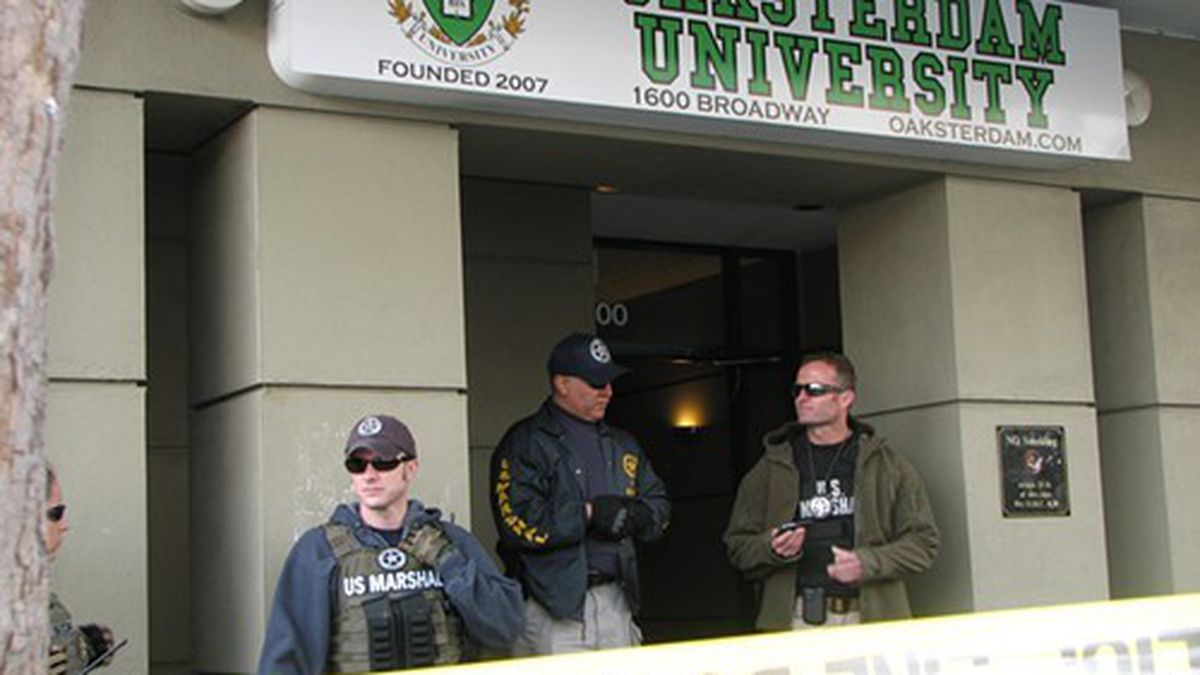 By David Downs
Jul 15, 2014
The Oakland City Council threw its support behind efforts to end the three year-long federal medical marijuana crackdown in California. Councilmember Libby Schaaf announced last week that the council had voted unanimously for her resolution to support the policy direction of the Rohrabacher Amendment to end federal raids on state-legal businesses.
[jump]

Haag has also closed about a dozen permitted, secure dispensaries in San Francisco, and is going after Harborside Health Center and Berkeley Patients Group in the East Bay.

“This amendment would put a stop to Federal medical marijuana raids in Oakland,” stated Schaaf. “As Oakland leaders, we support Congressman Rohrabacher’s work and believe that Congress’ vote shows that our federal leaders are ready to rethink how they treat medical marijuana use and patients in this country. Oakland’s medical cannabis dispensaries and medical cannabis patients are part of our local economy and community and they deserve protection.”

Dale Sky Jones, executive chancellor of Oaksterdam University, stated: “As members of the Oakland community and an institution that has been the target of a federal medical marijuana raid, we are happy to see Oakland leaders support the policy intentions of the Rohrabacher Amendment. This is one step in the right direction, but there is still work to be done to ensure Oaksterdam University can continue to operate and thrive in the community we love.”

The Rohrabacher Amendment is stalled in the Senate and is opposed by California Senator Dianne Feinstein. Feinstein has stated that:


While I support the compassionate use of medical marijuana when prescribed by a physician for certain serious illnesses, I also have concerns about youth marijuana use and rogue dispensaries. I am especially concerned about the proliferation of violence and devastating environmental impacts associated with marijuana grown on public lands and agricultural land in California, specifically in the Central Valley. For this reason I support federal efforts to investigate and prosecute the illegal dispensaries and cultivation sites – efforts that this amendment could prevent.