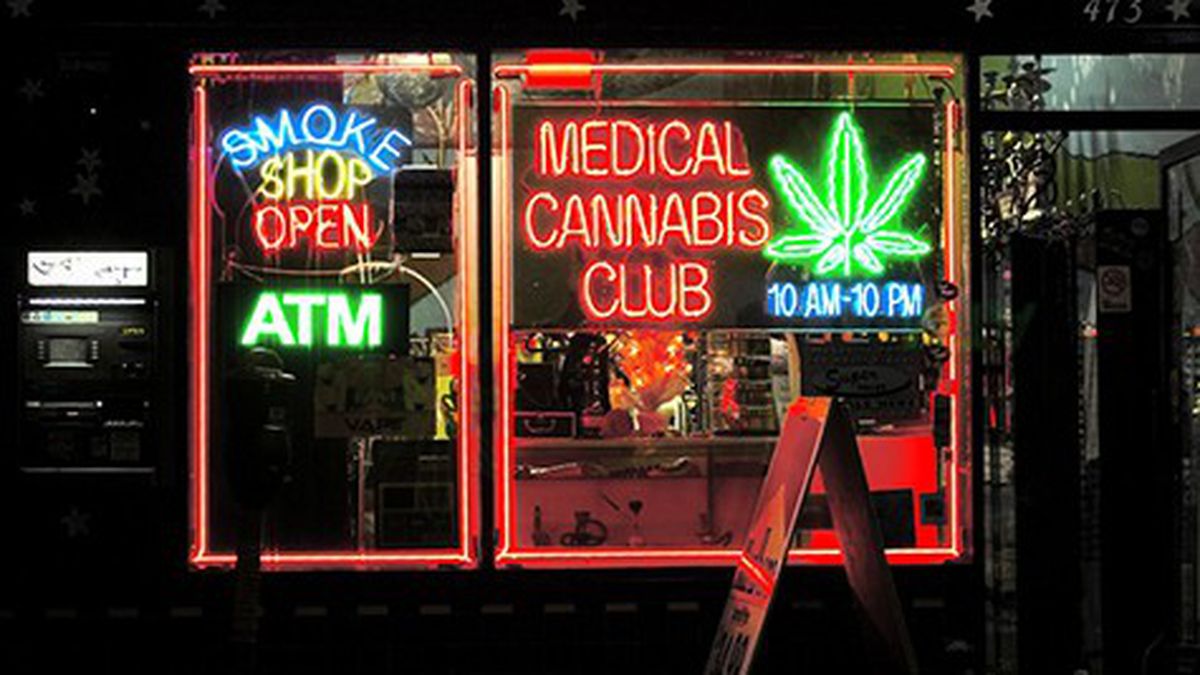 Inside Oakland Museum of California's upcoming exhibit on weed — Altered State: Marijuana in California. It's one of the hottest museum exhibits of 2016.

Oaklanders, cannabis fans, and museum-goers alike will get an unprecedented, massive museum exhibition on marijuana starting on April 16. Oakland Museum of California is putting the finishing touches this week on Altered State — a big budget, ten-part exhibition in the OMCA Great Hall that also includes a series of live events and pop-up shops through September.

The opening of Altered State: Marijuana in California represents a major milestone for OMCA’s evolution from a quiet museum to museum-as-platform pulpit and raucous megaphone, said communications director Kelly Koski. “This is the kind of work we’ve been hoping to do,” said Koski. “How do we really create exhibits that are relevant to the community?”

Cannabis is the second-most popular recreational substance on the planet behind alcohol. Thirty-five states have medical pot laws, and four states and Washington, DC have legalized weed for recreational use. Yet major institutions — like museums — are typically the last to acknowledge pot professionally.

The OMCA exhibit is the first of its scale in California and likely the world, Koski said. There’s a cannabis museum in Amsterdam, and small exhibitions have existed at places like Oaksterdam University in downtown Oakland. But nothing like this.

The decision to confront a controversial topic at OMCA came from the top, Koski said. About 55 percent of Californians support marijuana legalization, and an exhibit timed to coincide with the 2016 ballot initiative on legalization in California proved hyper-relevant — and a coup for museum marketing.

Seiter, associate curator of Natural Sciences, knows the topic of cannabis is vast, so she decided to focus on California, Oakland, and recent history — as opposed to the plant’s 3,000 years of global medical use, or the history of industrial hemp. Last summer, Seiter’s team made a mock-up exhibit for visitor feedback. Early reviewers wanted the exhibit to examine drug arrest disparities, as well as issues involving marijuana and youth. “I was amazed at how political it still feels for a lot of people — they have experienced discrimination around this,” said Seiter, a transplant from Colorado.

“We had a great quote from a kid saying, ‘It’s better to learn about it here when you’re twelve, than from your friends when you’re sixteen,'” said Seiter.

A cannabis confession booth also got heavy use in early trials. “We got really honest stuff,” said Seiter. “Everything from like, ‘I’ve been smoking weed and going to work every day, and it’s the only thing that makes the job tolerable,’ to other people are saying like, ‘My partner smokes weed all the time, and I’m so frustrated. They’re just not present.'”

Altered State will open just across from the museum’s ticket kiosk, and will feature a living pot plant from medical cannabis company Dark Heart nursery encased in a sealed box with full life-support. “It’s the front-and-center thing,” Seiter said. “We call it ‘the alien case,’ because it’s like the one sci-fi movies use when they’re doing the alien in glass.”

Visitors will also be able to handle bud leaf through special cases that have built-in gloves, similar to those in a biohazard lab. “It’s a bit ironic to have biohazard tools to handle a fairly benign plant,” said Seiter.

In the “Criminal Dope” module, visitors will be exposed to the differing odds of being arrested for pot, depending on their race and where they live. Altered State is also designed for events and activities.

The “Politically Loaded” part of the exhibition includes a desk where people can leave notes for each other. Once a month, experts from NORML and the ACLU will hold office hours where people can get their questions answered.

And OMCA’s “Makers and Tasters” series will include popups that feature The Natural Cannabis Company, pot for dogs outfit TreatWell, and 21st Amendment Brewery.

The exhibit likely will transform many people’s opinions on weed. Seiter says the federal designation of pot as one of the world’s most dangerous drugs “is a really big barrier to knowledge.”

As a progressive, she said she’s realized legalization is not a binary, yes or no vote.

“This exhibit is making me think about, ‘What are my deal-breakers?’ We’re a water-poor state in a drought, and we’re going to add a really big cash crop to that, and we have to be careful about how we do that.”