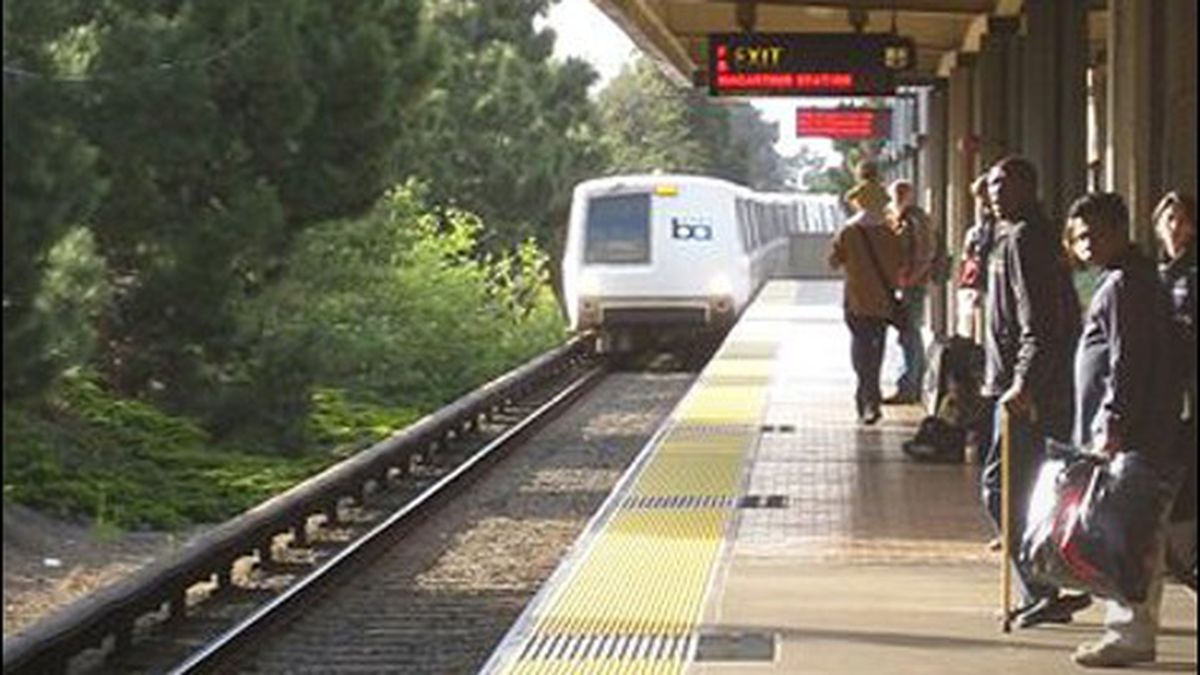 The shocking role of the San Francisco Chronicle and the Bay Area News Group in the BART dispute.

The recent BART labor dispute was a watershed moment in the Bay Area — not because of the tales of “greedy workers,” “bumbling” management, or “meddling” politicians. Its meaning was far larger. At its core, the dispute was about whether it’s possible to sustain a middle-class existence in the Bay Area today. During this dangerous time of severe economic pressure on the middle class, a serious struggle is being played out over wages, housing costs, retirement, public education, and safety between the multiracial Bay Area population and those who would make our beautiful area primarily a playground for the über-rich. It’s not an exaggeration to say that the future of our civil society is at stake.

Of special importance is the lesson the dispute taught about the role of the Bay Area mainstream print media — the San Francisco Chronicle and the Bay Area News Group, which operates the Oakland Tribune, the Contra Costa Times, and the San Jose Mercury News. These papers launched astounding and constant attacks on the BART workers and stood with local business groups who would welcome lower wages and benefits for Bay Area residents.

The purpose of the unions’ actions at BART was to maintain wages and benefits in jobs that allow a family to live a healthy life — the iconic American dream. This humane goal, however, received only derision from the mainstream press. As if auditioning for spots on Fox News, media scribes worked hard to trivialize the legitimate demands of the workers, and engaged in obfuscation and exaggeration. Reading the papers’ editorials, and all too often the hard news stories, one would think BART workers went on strike because they wanted paper pay stubs and did not want to be forced to use the Internet. It was sad to see some reporters whose families are adversely affected by the same economic trends that BART workers confront falling prey to the sin of envy in their writings.

A review of recent editorials, columns, and reporting from the mainstream outlets is eye-opening. The Mercury News, which often acts as if it’s the house organ of super-wealthy Peninsula techsters, ran editorial after editorial against the workers. The workers’ actions were dubbed “outrageous.” And the short strike, the Chronicle opined, was the “most egregious and counterproductive overreach by unions.” Chron editorial board director John Diaz even seemed to go so far as to blame the workers for worsening global warming.

Marie Antoinette had nothing on the columnists at the Chron. My favorite ridiculous lines came from Matier and Ross, who wrote that having a job at BART is like getting into Harvard. Huh? They wrote, “No matter how the BART strife is resolved, the odds of being hired as a train driver, station agent, or janitor at the transit agency will still be worse than getting into Harvard …. And, just like at Harvard, you qualify if you have a high school diploma.” I wonder if these two fellows would tell a kid to take a job at BART instead of admission to Harvard. Given the choice I bet a BART worker would pick Harvard for his or her kid.

The nauseating paternalism toward BART’s multiracial workforce echoed the whines of the segregationist press in the South where I grew up. One could almost hear the phrase “uppity blacks” ring out when reading the Chron columnists talk about the BART workforce — and by extension all workers in the Bay Area. “Be grateful for whatever you get,” wrote Andrew S. Ross, “this is the new economy.”

As if taking a page out of Noam Chomsky’s Manufacturing Consent, the papers also claimed to find a furious groundswell of support for BART management and for banning transit strikes. Amid a constant barrage of misleading information about the actual pay and benefits of BART workers, the editorialists claimed that the transit agency’s employees were trying to live like royalty, and, in doing so, were sucking extraordinary salaries and benefits from the wallets of the average Bay Area resident — unlike the tech tax breaks or America’s Cup, I suppose. There was a fury for sure, but it was coming from these editorialists and their big business allies, not the general population.

When no such groundswell of anti-worker feeling came from Bay Area citizens, the papers and their allies tried to manufacture one. The Bay Area Council Economic Institute “sponsored a survey” this summer, with “support” from the Jobs and Housing Coalition, a group of highly paid senior executives. They claimed the results showed that “a vast majority of residents want BART management to hold the line on rising compensation costs.”

It is true that there is some jealously among stressed workers toward others who have not suffered as much in the recent economic contraction. But, in general, the populace did not embrace this hateful stance of the papers. So, lacking major public support for their anti-worker stance, the papers’ editorials got even more furious. The Trib blared, “BART negotiators sold out riders and taxpayers,” calling the transit agency’s board spineless after it finally reached a deal with workers.

Coming on the heels of the fawning media attention and taxpayer gifts to the über-rich Larry Ellison and his America’s Cup pals, the BART dispute also had a Tale of Two Cities aspect to it. The America’s Cup soaked up taxpayer money and governmental attention so normal folks could have the pleasure of seeing the rich at play in their sleek boats racing on the water. It was a true example of trickle-down economics. The claims of how much this event was going to benefit the region’s economy turned out to be “junkie talk” produced by the aforementioned Bay Area Council. Unfortunately, pesky reality intervened, and the economic result of the America’s Cup has been a mere fraction of the original promise. One way or another the tab for America’s Cup’s excesses will be paid by taxpayers — that beleaguered group that the mainstream papers claimed they were protecting in their BART coverage.

The turning point in the strike, sadly, was probably the unnecessary killing of track workers Laurence Daniels and Christopher Sheppard. BART management prepared to scab the strike and in doing so, two men lost their lives. The coverage of the deaths also was a microcosm of the coverage of the entire affair. BART and the mainstream papers put out thoroughly misleading information, and essentially blamed the dead for the crash. But finally it came out that the state had cautioned BART about the very practice that led to the deaths, and that BART had fought to maintain the practice for more than five years.

Imagine what the editorialists would have said if union members had been responsible for the deaths of two innocent men. But the reality did not fit editorialists’ political agenda, so their voices were silent. To add insult to injury, Chron columnist Debra J. Saunders’ list of “winners and losers” from the BART dispute conveniently omitted any mention of the dead men and their families. And, in what turned out to be the supreme egg-on-the-face moment, an earlier editorial in the Merc contained this grotesque line, “As to union claims that this is all about safety — how stupid do they think the public is?” The Merc and its editorial writers owe the families of Mr. Daniels and Mr. Sheppard a heartfelt apology.

Transit strikes can be a big hassle. But given the crucial issues of jobs, housing, and education that face local residents, support for those who are trying to maintain a healthy lifestyle in which regular folks can live a good life is to be honored, not condemned or ridiculed. And for those who claim that issues of class and race are not serious in our community, we have the Chron and BANG to thank for showing us the real forces at work.