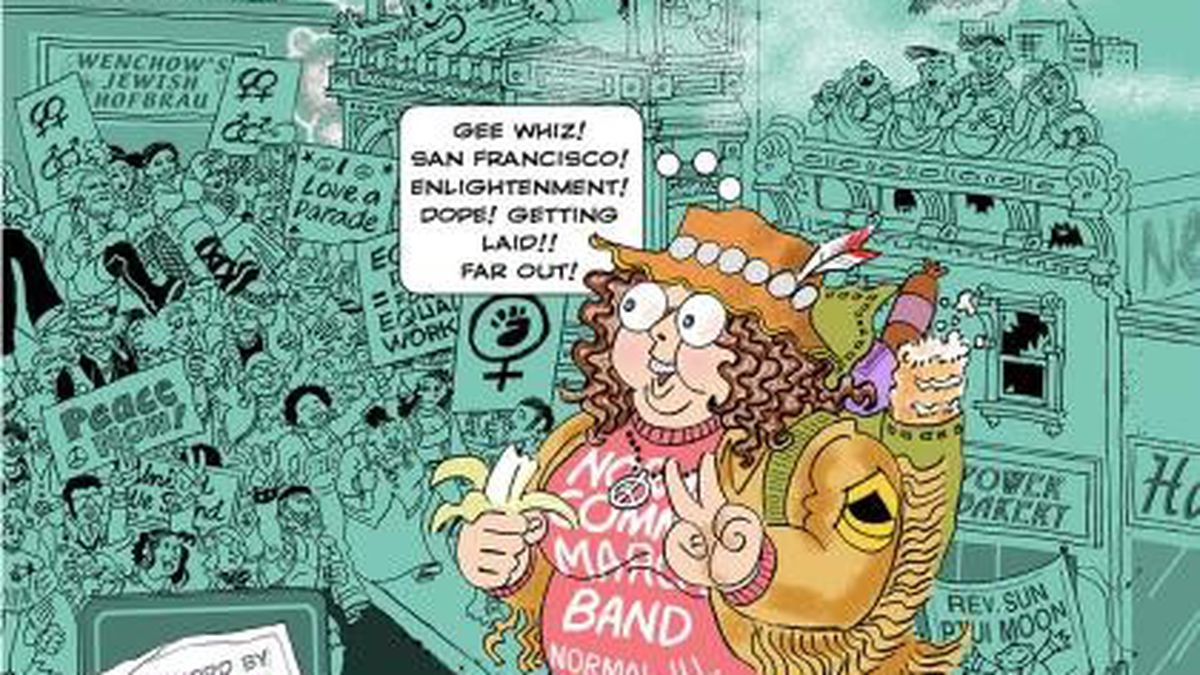 Meet Pudge, the protagonist of the comic series The Further Fattening Adventures of Pudge, Girl Blimp. She’s a teenage virgin who hitchhikes to San Francisco in the early Seventies. That’s where she gets mixed up with all kinds of hippy-era characters and events against the backdrop of a politicized urban hub. But the author of the feminist series, Lee Marrs, is equally as interesting. She has worked for DC Comics and Marvel simultaneously, done digital animation for Apple, MTV, Electronic Arts, and IBM, and worked on the titles Batman, Wonder Woman, and Indiana Jones. At the same time, though, she was a key member of the underground comic scene: One of the “founding mommies” of the Wimmen’s Comix Collective, known in part for parodying mainstream comics by replacing heterosexual characters with lesbians. After that, Marrs taught animation at Berkeley City College for fourteen years. Now, she’s self-publishing an anthology of Pudge, Girl Blimp that features an introduction by feminist icon Gloria Steinem. Marrs will be at Pegasus Books Downtown (2349 Shattuck Ave., Berkeley) on Tuesday, September 20 at 7:30 p.m. to discuss and sign copies.