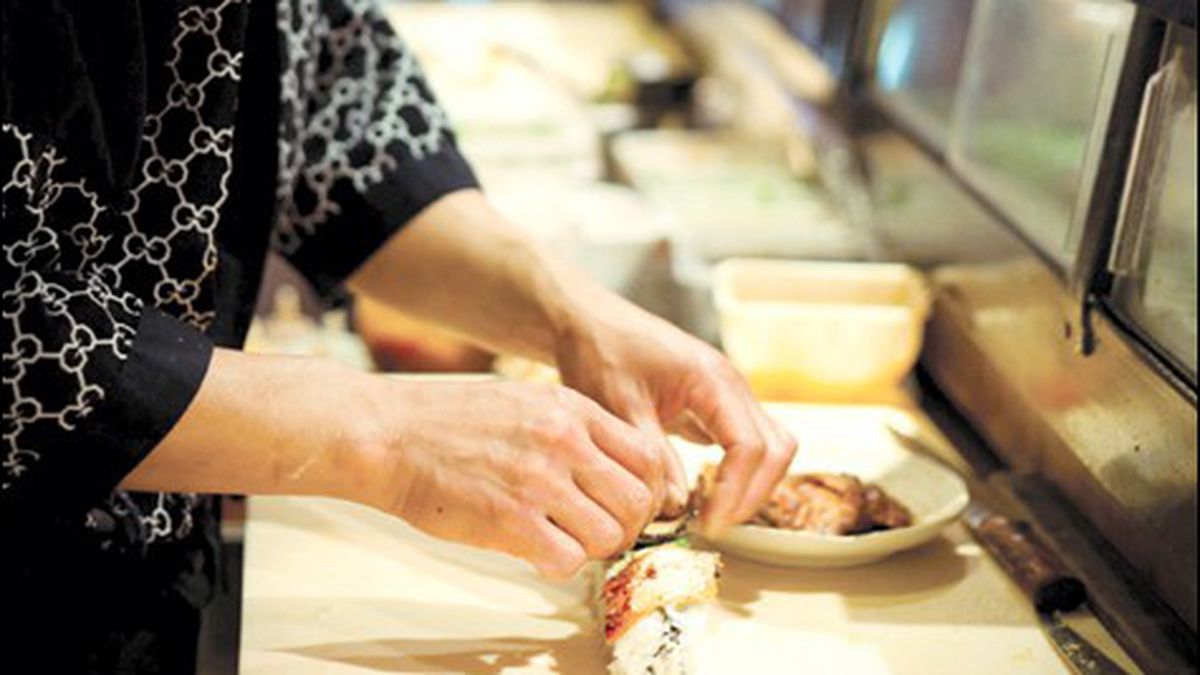 Happy at Any Hour

They say necessity is the mother of invention. And for Dong Oon Lee, that necessity was palpable: Tired of trawling his North Oakland neighborhood for food and a cheap buzz after standard dinner hours and coming up empty-handed, Lee decided he might as well solve his own problem by starting a late-night deal at his sushi joint, Kansai, in Temescal. This was seven or eight years ago, and back then, Lee said, Temescal was still a quiet, relatively undeveloped neighborhood with mostly Korean businesses, and Kansai was the only game in town. Now, the restaurant may be best known for its generous happy hour deal, which keeps the lounge-like space packed late into the night with sake-bombers and sushi-eaters — and which, Lee said with just a hint of bitterness, has spawned a host of imitators.

Indeed, in the years since Kansai started its now-legendary late-night happy hour deal — which begins at 10 p.m. Sunday-Thursday and 11 p.m. Fridays and Saturdays — countless restaurants and bars, in every neighborhood and at every price point, have started nighttime drink discounts and bar menus that cater to a different crowd than the standard after-work set. Some, like the Emeryville outlet of Rudy’s Can’t Fail Cafe, have been running late-night drink deals as long as Kansai, while others, like Adesso and Luka’s Taproom and Lounge, only began them relatively recently. And at least two new restaurants — Hudson in Rockridge and Sportivo in Downtown Berkeley — put late-night cocktail specials on the menu right out of the gate when they opened earlier this year. All say the late-night specials have been a boon for business.

It doesn’t take much sleuthing to figure out why late-night happy hours are an increasingly popular special for bar owners. “It’s all about trying to get people in the door,” said Rick Mitchell, the owner of Luka’s Taproom and Lounge, which started a late-night happy hour about a year ago. “It’s definitely an economy thing,” said Shandel Story, director of operations at Hudson, adding that the restaurant and bar is still in the process of developing its late-night cocktail menu, having just opened in January. “The industry is trying to capture every opportunity where they see it.” At Hudson, Story continued, he and his partners “wanted to seize on the opportunity to draw additional clientele during the nontraditional dining hours, and also provide somewhere for locals to come by and grab a drink.”

But while the still-flagging economy is forcing bars and restaurants to get more creative with their offerings, Bob Klein, owner of Oliveto, said the recent boom in late-night happy hours can also be attributed to other region- and industry-wide trends. First, he said, “cocktails got interesting. They weren’t interesting five or ten years ago.” Whereas before, drinking at any hour consisted largely of beer, wine, and standard-issue cocktails like martinis and Manhattans, the Bay Area and the country are now flooded with bartenders mixing increasingly inventive drinks, and with patrons willing to buy them. And, moreover, Klein said, it’s only in recent years that the concept of the happy hour emerged as a distinct, marketable, upscale niche. That’s entirely different from the age-old image of grizzled regulars packing a favored dive to share pints and stories mid-afternoon. “It used to be, in the restaurant industry, you had breakfast, lunch, dinner, maybe brunch, maybe dessert,” said Klein. “Now, one of the sections listed is happy hour — a block of time designated for drinking, kind of like teatime.”

In that sense, the logic behind doing a late-night happy hour is pretty similar to that of doing drink specials in the late afternoon and early evening. But there are other motivations and rewards for businesses entering the late-night niche. As the East Bay’s late-night dining scene continues to grow up — and as neighborhoods like Uptown continue to see increasing nightlife activity and foot traffic — late-night as a time to drink is becoming an increasingly viable segment of the market. “Traditionally, the East Bay hasn’t been a place where late-night dining and imbibing happens,” said Story. “But that’s changing.” Mitchell, too, said he’s benefited from increased foot traffic in his neighborhood, particularly spillover from the Fox and the Paramount, as well as from employees of other nearby bars and restaurants. “Where we are, there’s a restaurant on every corner,” he said. And you don’t necessarily want to drink where you work.”

Which isn’t to say that all restaurants decide to stick with the happy hours. Oliveto, which ran wine and cocktail specials between 9 and 10 p.m. over the summer, ultimately decided to abandon them for lack of foot traffic on the restaurant’s quiet stretch of College Avenue. Even so, Klein said he and his partners are still looking into bringing it back in some form, partly as a means of introducing the Rockridge mainstay to new clientele. “We wanted to give it some life later on, to open ourselves up to being used at night,” he said. “That’s still important to us.”At Sportivo in downtown Berkeley, that appears to be the guiding principle as well: “It’s definitely a different crowd later on,” said bartender Derek Szempruch. “And then people come in and they’re surprised — pleasantly surprised — that we’re doing this, and they keep coming back. We’ve seen a steady increase since we opened.” For a new restaurant in a struggling economy, that’s something to drink to.