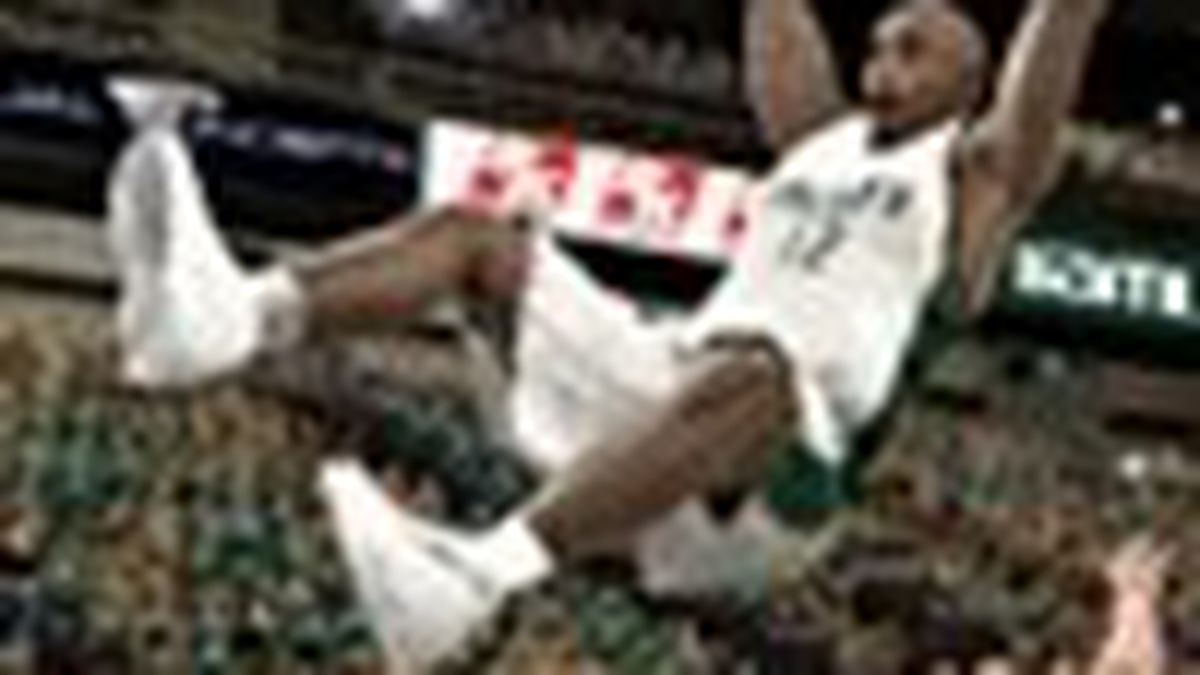 College Hoops 2K6 will bring out your inner Bobby Knight.

Pity the college basketball coach. He toils endlessly to explain the vagaries of offensive sets and defensive zones. He frets over lineups, injuries, and scouting reports. His job is never safe — one losing season, and it’s back to teaching bounce passes to the JV girls at St. Elizabeth’s.

Few videogames capture the coach’s life like College Hoops 2K6. Like most basketball titles, College Hoops lets users control the action on the hardwood. What sets it apart is that it also lets them endure the anxiety on the sidelines, where coaches pop heart meds like Tic Tacs.

As the head of a Division I team, you’ll experience all the ups and downs of a season — the elation of landing a top recruit and the anguish when your squad wilts against a rival. From the preseason scrimmage, where undersized walk-ons vie for roster spots, to the anxious moment when NCAA tournament bids are announced, College Hoops hits all the right emotional notes.

At its most basic level, College Hoops is a traditional dribble, pass, and shoot game. It deftly depicts the momentum swings and frenzied atmosphere of college ball. Players also move intelligently off the ball, setting picks and dashing around screens. Even casual fans will quickly learn the difference between a weak-side post and an elbow option.

As in actual college ball, the emphasis is on teamwork, not the individual player matchups so common in the NBA. Most of the game’s 300-plus teams have recognizable styles. Princeton slows things down and looks for backdoor cuts. Louisville tries to run past you. And Duke just beats you. Badly.

But the real stars are the coaches. This becomes obvious when you switch on “legacy mode,” which turns the user into a budding Krzyzewski or Pitino. It’s so immersive that you could spend hours poring over your playbook before the first jump ball of the season.

Although some of the more famous coaches appear in the game, you’ll be creating your own identity from scratch. Your first job will be at a small, unsuccessful program. You’ll get a cluttered office in the basement of the gym. You’ll hire green assistants, delegate work, and decide how much time to train and scout.

You’ll also devote enormous effort to persuading good players to join your program. From house calls to watching high school all-star games, there’s never a moment to relax and take it all in. Every week, you choose from a menu of recruiting tasks that will have your staff working the phones or jetting around the country.

About the only thing College Hoops won’t let you do is deliver a Bobby Knight-style pep talk at halftime. But throwing the controller at the TV is a good substitute for choking your players.

Before you know it, College Hoops has accomplished something very few games, regardless of genre, pull off: It has seduced you into becoming emotionally invested in its outcome. You’ll genuinely fear for the fate of your team.

Can your sophomore guard, brimming with potential, take your squad to the big dance? Will the local star accept your scholarship or sign with a rival? Will your players leave early for the NBA?

You’ll ask yourself all these questions. But the most important one will be this: Do you have what it takes to hold that clipboard?

You’re only a buzzer beater away from finding out.