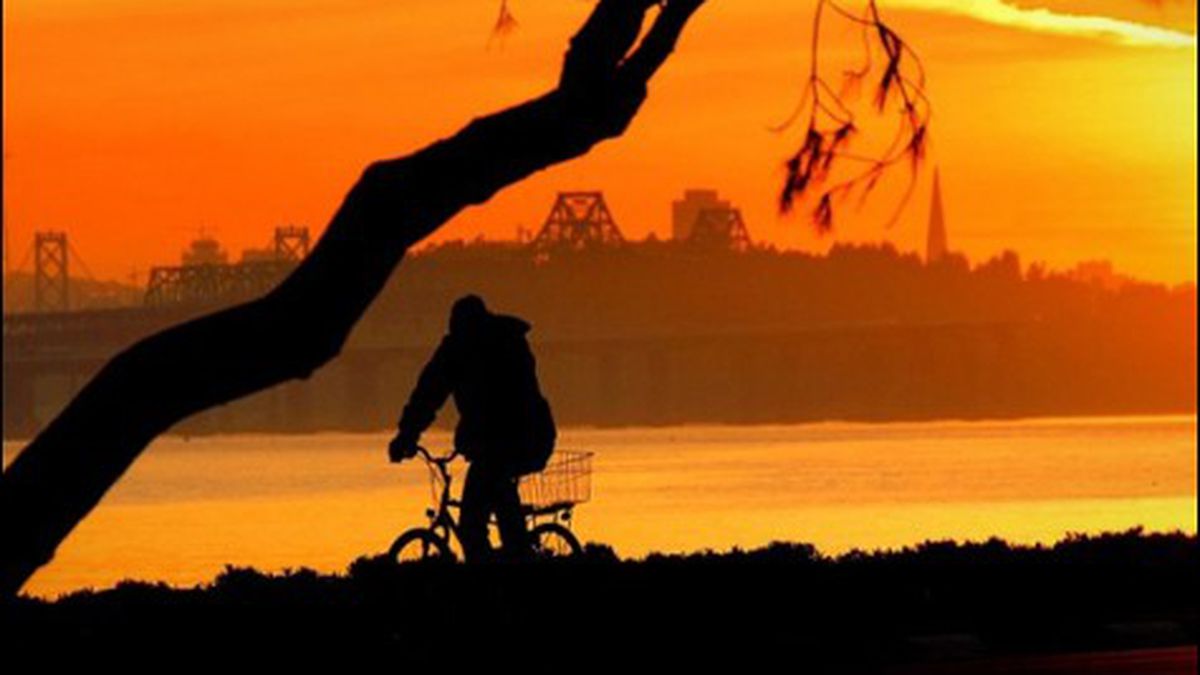 Family Biking in the East Bay

Here are some of the best summer trails for families with kids who like to ride their own bikes.

In our family, Sundays in summer are all about family bikes rides. Luckily, we have some great trails in the East Bay. There’s so many, in fact, that we often don’t decide which one to ride until just before heading out. Our choice is usually based on the weather. On warm, sunny days, we pick a trail on the bay side of the East Bay hills, and on cool, foggy Sundays, we head east of the hills in search of the sun.

Over the years, our choices for which trails to ride also have depended on our kids’ ages and abilities. When they were younger and were merely sitting in a bike seat on my bike or my wife’s, then we often chose steeper, more difficult rides. After all, the kids didn’t have to do anything other than sit there and enjoy the sights. The only proviso was that the ride had to be relatively short, because they couldn’t sit still that long.

As they grew older, and started to learn how to ride a bike, we transitioned them to trailer bikes — the kind that attach to our bikes and look like tandem bicycles. This setup also allowed us to take steeper trails, because while the kids got to pedal along, we did most of the work. We also got to go on longer rides since, as the kids have grown older, they’ve gained patience with bike riding.

Finally, when our kids got big enough to ride their own bikes for extended periods, we steered toward flatter trails. During this transition period (which we’re still in), my wife and I usually keep the trailer bikes attached to our own, so when our kids get tired on their own bikes — or we reach a hill that’s too steep for them — they can then hop off their bikes, lock them up, and jump on their trailer bikes with us.

Based on our experience riding around the East Bay, here are some of our favorite trails for families with younger kids who like to ride by themselves:

Lafayette-Moraga Regional Trail. Owned and operated by the East Bay Regional Park District, this paved trail is probably our favorite for days when it’s cold and foggy in Oakland and Berkeley. It’s almost always sunny on the east side of the hills, although it can be too hot on summer days when there’s no marine layer in the Bay Area.

The trail starts near the Lafayette BART station at Pleasant Hill Road and Olympic Boulevard. If you drive, arrive before 11 a.m., because the parking lots fill up.

It starts out as a flat trail through a forested section of Lafayette, making it an easy — and beautiful — ride for young cyclists. The trail runs through neighborhoods, and behind homes, as it winds toward Moraga. Eventually, when it becomes steeper, our six-year-old jumps off his bike and gets on the trailer bike attached to mine as we head uphill, past St. Mary’s College. On warm days, our kids like to bring their swimsuits, so they can run through a water sprinkler and cool off at Moraga Commons Park, before heading back down the hill.

Contra Costa Canal Regional Trail. This is another East Bay Regional Park trail that’s great on cooler days. We usually pick it up on Oak Road, just south of Treat Boulevard, near the Pleasant Hill BART station. If you drive, there’s usually plenty of street parking along Oak.

This is a flat, paved trail that’s perfect for younger kids who can’t handle steep inclines. The path runs along the canal through wooded terrain until it opens up into a sunny savannah as you head through Walnut Creek toward Concord.

Bay Trail in Alameda. This is a picturesque, flat ride along the bay that’s perfect on a sunny, windless day. Start out at the Crab Cove Visitor Center on McKay Avenue, west of Central Avenue, and then head south along the bay through Robert W. Crown Memorial State Beach, before heading back.

Berkeley Marina. Another flat ride along the bay that’s terrific on sunny days, although it gets tougher for kids when the wind kicks up. Start out in Emeryville, and head along the paved path beside the bay to the Berkeley Marina. My kids love to stop there for some playtime at Adventure Playground and a ride or two on the zip line. But you can also keep riding north to Golden Gate Fields in Albany.

Miller-Knox Regional Shoreline in Richmond. This is a fun and relatively short ride for kids ages six to ten. Like the other west-of-the-hills rides, it’s best on a sunny day. Pick up the Ferry Point Loop Trail in Point Richmond on South Garrard Boulevard, and then ride through the tunnel toward the bay. The trail runs through Miller-Knox Regional Shoreline out to a point on the bay. There are some fabulous views, and some great places to explore.

Bonus: Golden Gate Park. Is there a better place to ride with kids in the Bay Area? No. And when they get older, they can ride all the way down to the beach for some fun in the sand and water, or more riding along the coast.