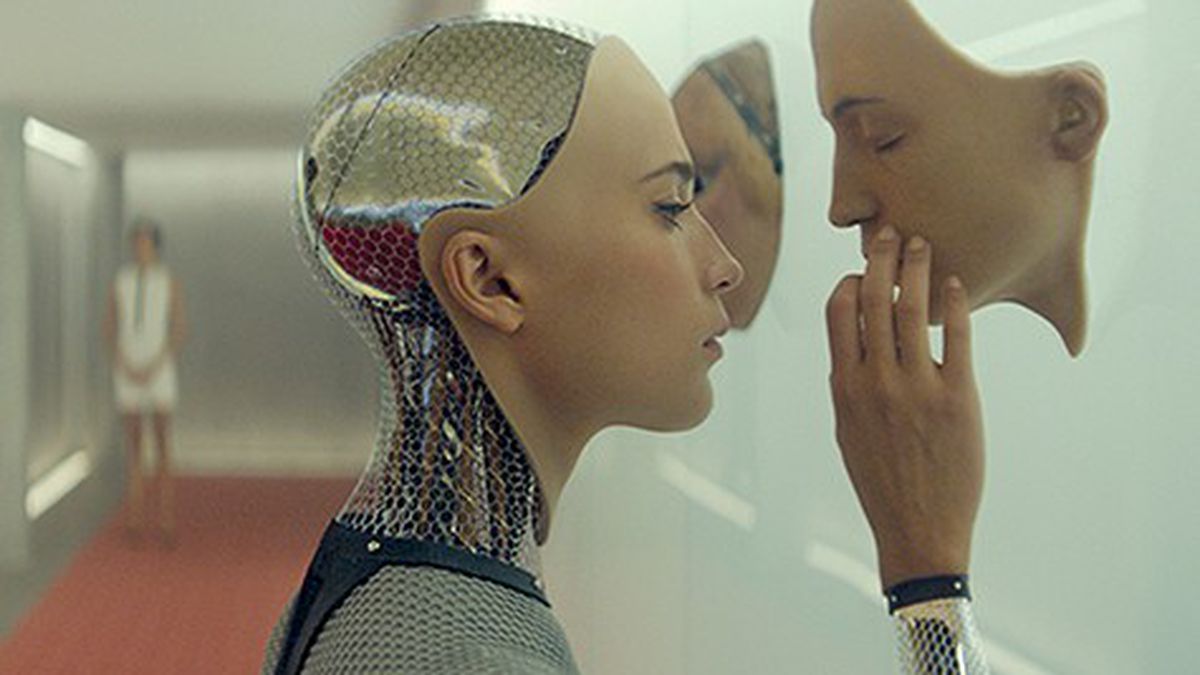 In Alex Garland’s Ex Machina, a talented search engine programmer named Caleb (Domhnall Gleeson) gets summoned to the secluded, fortress-like home/research lab of his mad-scientist boss Nathan (Oscar Isaac), ostensibly to serve as the human factor in a “Turing Test” to gauge the success of the boss’ invention, a remarkably lifelike — and at the same time, a remarkably alien — robot called Ava (Alicia Vikander). Whereupon unplanned-for events take place.

This really isn’t the sort of movie in which we should talk about performances and plot. But for the record, all three principal actors are convincing enough to allow us to suspend our disbelief for a moment. The story arc is pretty short. Isaac’s impersonation of urban upsetters in Inside Llewyn Davis and A Most Violent Year now extends to the type of power-drunk (and the other kind: He tends to overdo the beer) tech genius who describes his life as, “It’s all so super cool.” Gleeson’s job is easier, to play it straight in the House of Pain. The fulcrum of the piece is Swedish former ballerina Vikander’s fembot, a fascinating creation with the face of an angel and a brain of structured gel. Oh, and also ulterior motives. No use criticizing her acting as unreal.

A few days into Caleb’s residency/sentence we get right down to basics: the sexuality of Ava as well as Nathan’s lithe servant Kyoko (Sonoya Mizuno), who slinks around without uttering a word. Turns out the boss has a harem of spare-part flesh-pods. Is Garland telling us that tech nerds would rather build a synthetic woman than chat up a real one? Meanwhile, the lush Norwegian scenery stands in stark contrast to Nathan’s futuristic bachelor pad.

British writer-turned-director Garland (Never Let Me Go, 28 Days Later) admirably keeps the suspense level high and the dialogue appropriately scientific-sounding. Ex Machina is a fake-smart film — a cold piece of cheesecake straight from the fridge that gives new meaning to the term “artificial intelligence,” with characters we dare not trust for a minute. But that doesn’t mean we can’t play along and place our bets on the headstrong, hard-wired characters.