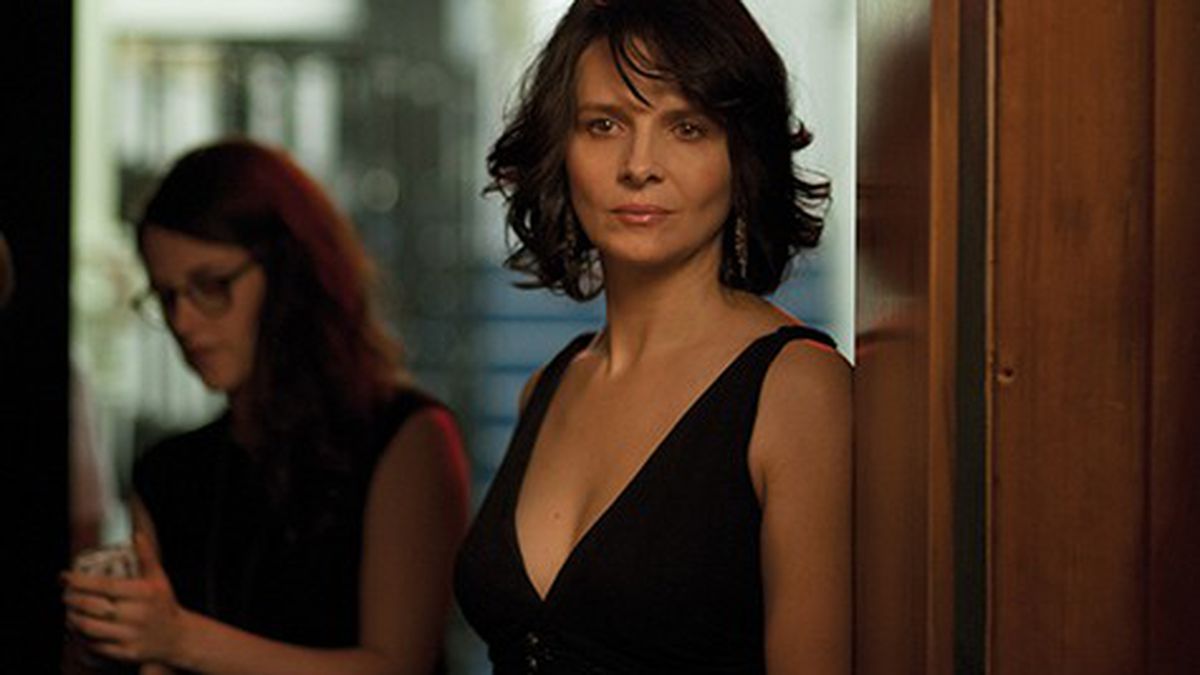 The Clouds of Sils Maria

The hills are alive with the sound of anxiety.

In his book Mythologies, the French intellectual gadfly Roland Barthes makes fun of mountain locales, not only for their spurious “picturesque” qualities, but for their significance as a bourgeois symbol with aesthetic meaning, part of the “old Alpine myth” built around the “cult of nature and of puritanism.” For Barthes (1915–1980), gorgeous mountain scenery was not only corny but sinister.

We’ve got some bad news for Barthes. Olivier Assayas’ The Clouds of Sils Maria takes place in a typically scenic corner of Switzerland, in the mountainous district of Maloja near the Italian border, where international actress Maria Enders (Juliette Binoche) has traveled with her assistant Valentine (Kristen Stewart) to prepare for Maria’s role in a stage play. The summertime lakes and peaks do indeed form a spectacular background for Maria and Valentine’s labors, as well as for the ups and downs of their personal relationship.

But in the 21st-century show business world these characters inhabit, gossip-driven, lowest-common-denominator mediocrity has long since triumphed over Barthes’ skeptical leftist anti-authoritarianism. Maria’s anxieties about aging — and her upcoming, more matronly supporting role in the same play in which she starred years ago, in her youth — seem more than slightly irrelevant to Valentine, and also to Maria’s costar in the play, a Hollywood glamour-brat named Jo-Ann Ellis (Chloë Grace Moretz). Maria aches to get in touch with her soul on long mountain walks; Valentine and Jo-Ann only ache for the latest Twitter update.

Writer-director Assayas, who made Summer Hours, Boarding Gate, and Irma Vep, has always reveled in comedies of manners about the relentless passing of time. For him, the vanity and pettiness of characters like Maria aren’t a plague — they’re an excuse to investigate the spirit of the age. Everything on the surface screams “art film,” but underneath the Euro scenery (mountains, plush hotels, the wispy “snake” of clouds slithering through the passes) it’s a thoroughly familiar “aging actress cruising for a crackup” scenario. What makes The Clouds of Sils Maria special is that it’s fitted out with three potent screen personalities, competing for attention.

Maria is in the midst of a long-distance divorce and sorting through various painful memories as she and Valentine settle into their rented mountain chalet. The play, an All About Eve lookalike about an ingénue driving her older mentor to suicide, bears an uncomfortable resemblance to Maria’s real-life situation. At times, as she and Valentine act out the play’s emotional dialogue, we’re unsure whether they’re just reading lines or starting an actual fight with each other. Are they secret lovers? Insecurity reigns. When Maria finally encounters Jo-Ann, the much-younger star of juvenile sci-fi flicks turns out to be no easily dismissed dummy, either.

Binoche plays Maria as a fragile prima donna, chained to the past and one inch away from a freak-out. We fully expect her to implode before the film’s ending. Stewart, now in full recovery from the Twilight syndrome, holds her own quite nicely as the quietly simmering underling — as we learned from On the Road, she has no trouble portraying a recognizable human being. The most interesting character, however, is Moretz’s briefly glimpsed Jo-Ann — a cool, matter-of-fact professional with no time for anything but her image. The subject turns out to be Darwinian, the survival of the fittest. All three women thrash it out under cover of the stage play, and Maria’s psychodrama dominates. They’re all caught in the net of publicity. The much-anticipated play becomes almost incidental. The hills are alive with the sound of anxiety. Another enigmatic Assayas portrait of women.