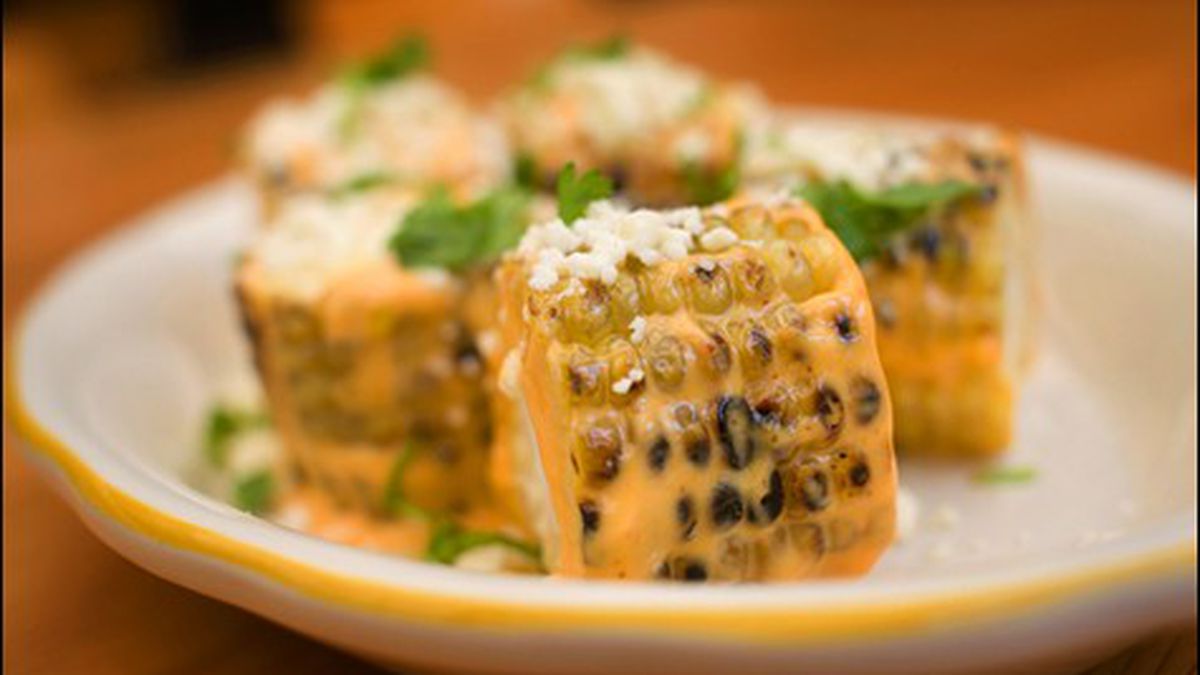 Matt Gandin may not be the savior of the Bay Area's Mexican food scene, but he knows his mole coloradito and makes a mean guacamole.

For the past two weeks, Twitter has been abuzz with talk of a pair of Chinese-American food luminaries who attempted to answer a prickly question: Why is this country’s dining public so quick to proclaim American-raised chefs to be the undisputed “masters” — saviors, even — of immigrant cuisines they didn’t discover until they were adults?

Eddie Huang, the Taiwanese-American chef-owner of New York’s Bauhaus, is more blunt: He says this kind of messaging — that this or that American chef is “elevating” Chinese food or Mexican food — is nothing short of cultural commodification.

“There should be a level of respect and tribute paid for the people who schooled you,” Huang argues in a subsequent dialogue with Lam, published on Gilt Taste. In Huang’s view, American-born chefs shouldn’t pass themselves off as “masters” of a cuisine they’ve come to as outsiders.

So what to make of Comal, the new Oaxacan-inspired, California-inflected Mexican restaurant in downtown Berkeley, owned by John Paluska — former manager of the rock band Phish — with Chef Matt Gandin (yes, a white American chef who built his reputation cooking at an Italian restaurant) helming the kitchen? Comal is by far the most heavily hyped restaurant to open recently in the East Bay — within a two-week span, various foodie news sites ran more than a dozen preview stories (complete with photo slideshows). A couple weeks after it opened, there were message board commenters declaring that Comal served the best Mexican food they’d ever had in this country.

I’ll admit I was turned off by the hyperbole. And after two visits to Comal, I still don’t think the restaurant is redefining Mexican food in the Bay Area — it isn’t the only Mexican place using local, seasonal ingredients, and the regional dishes on the menu aren’t so obscure. Then again, Gandin himself never made those claims.

What Gandin does talk about is how, yes, he was inspired by the time he spent living in Mexico as a graduate student — but also about his culinary birthright as a native of Southern California, which he considers an “extension of Mexico, in terms of food.” After all, pozole was his childhood comfort food.

Gandin said that in spite of the existence of authentic Mexican restaurants in Fruitvale and beyond, the cuisine is still underappreciated in the Bay Area — especially once you veer away from humble taqueria fare. And in order to get the good stuff, you end up having to eat at a flimsy plastic table somewhere.

I’ll concede the point: Comal is a gorgeous restaurant — one of the few I’d recommend based on aesthetics alone. Much has already written about the beautifully transformed space. I’ll just add this: The outdoor picnic table area — where people can have a drink while they wait for a spot in the dining room — is a stroke of genius. And the restaurant’s covered back patio offers one of the most pleasant al fresco dining experiences in Berkeley: With the festive strings of lights and a cool breeze blowing, all we needed was a view of the ocean and we could have been eating at some seaside resort.

Meanwhile, I appreciated how Gandin showcases Mexican flavors using local ingredients, and the fact that the menu changes quite a bit from week to week. Sometimes, however, dishes added up to less than the sum of their parts — especially with the restaurant’s signature masa-based items, many of which are finished on a traditional “comal” (a kind of round griddle).

For instance, the grilled rock-cod tacos had great components: handmade tortillas and a pickled cabbage slaw. The fish was perfectly cooked, but also perfectly bland. And squash blossom quesadillas were ruined by an excessive amount of cheese, which overwhelmed the delicate blossoms.

There were times, too, when the prices seemed out of whack: $7 for a small bowl of strawberries with little value added — just a cookie and bit of lime juice and chile de árbol. With much of the menu taken up by small plates mostly priced between $8 and $14, it’s easy to rack up a big bill. There are also large platos fuertes — wood-grilled meats priced at upwards of $39 — meant to feed two or three people.

But when the kitchen is firing on all cylinders, the food at Comal can be spectacular. The pork enchiladas were a showstopper, served in a brick-red mole coloradito that grew on me with each bite — layers upon layers of flavor: sweet and smoky, with a heat that hits you in the back of your throat. A spring vegetable soup was packed with the best of Northern California’s early-June bounty: fava beans, summer squash, fresh corn, and at least a half-dozen other veggies. The subtly spicy broth was packed with flavor.

Ultimately, despite Gandin’s desire to move beyond taqueria fare, Comal’s best dishes are its simplest: There was a delicious version of the street snack elote — grilled corn on the cob slathered in chipotle aioli and excellent handmade queso fresco. And while I was initially put off at paying $8 for guacamole, Gandin’s minimalist guac turned out to be the best I’ve ever had. There wasn’t a single fancy thing about it: just smooth avocado, lime juice, and serrano chiles. Scooped up with thick house-made tortilla chips, this was my favorite bite in two visits.

The last time I ate at Comal, the gentleman next to me at the bar cozied up to a novel while nursing a cocktail and a bowl of guacamole. The guy had the right idea.