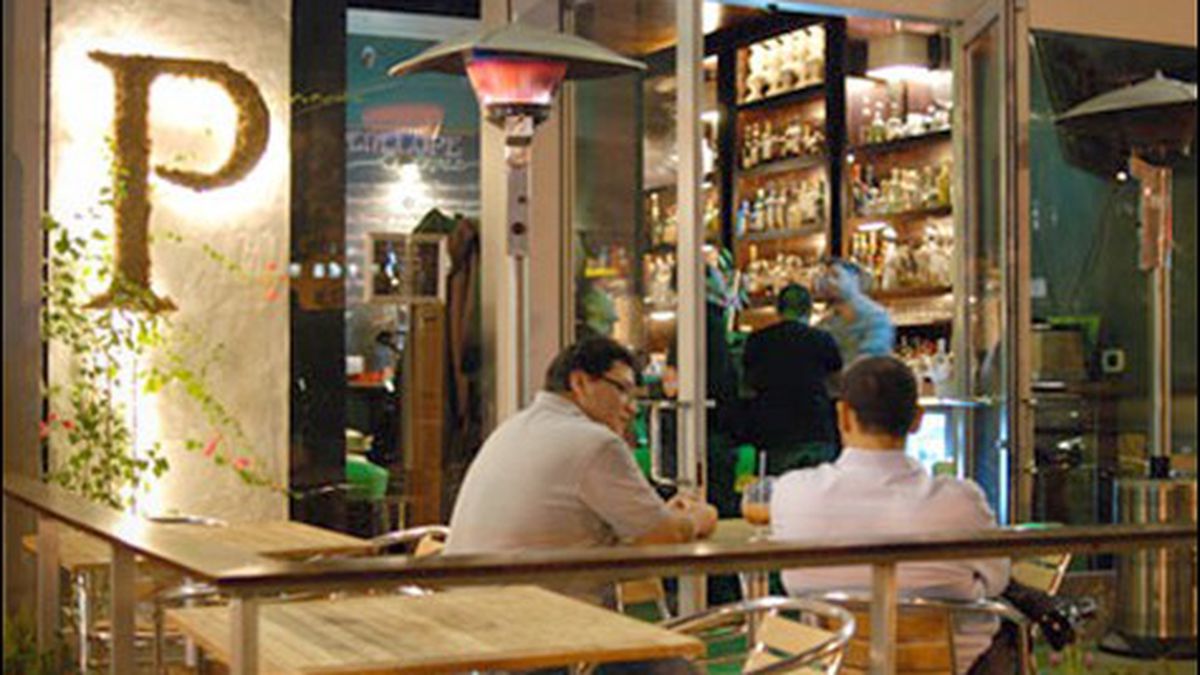 It'd be easy to miss this Downtown Oakland bar. But that would be a mistake.

On the flat, wide corner of 11th and Clay streets — across the street from a massive underground parking lot and a dolefully fenced-in lawn; a few blocks north of the point where that part of town goes from old-timey adorable to office-building indistinctive; where the primary architectural aesthetic seems to be sandstone-colored and hulking and the feeling of corporate productivity hangs thick in the air — Penelope feels like a beacon, or maybe a secret hideout. Occupying a tiny jewel-box of a ground-floor space in what’s commonly known as the Ask building, it’s not quite a hole-in-the-wall, technically, because hole-in-the-wall usually implies dark and divey, not light-filled and lovely, but it certainly is easy to miss.

“I work right next door and this is my first time here!,” a blazered young woman proclaimed last Friday, over one of My Beautiful Dark Twisted Fantasy‘s better and deeper cuts, and between sips of a ruby-red cocktail. It seemed to be the prevailing sentiment: According to bar manager Johnny Navarro, he routinely gets customers who work in the area, sometimes even in the very building, but who, after three years, have just finally noticed Penelope.

It is, indeed, an unassuming place, its sweet front patio blending into the neutral-colored palette agreeably, its small space fitting in like yet another shitty deli or off-brand coffee shop of the variety you only find in the basements of big office buildings. But mostly, it’s just not the kind of place you’d expect to find here: Inside, the walls are papered in a beautiful, organic-looking emerald-green print, and the handsome, dark-wood bookshelf is artfully cluttered with a collection of funny hipster artifacts (board games, marble busts, a pair of abaci). Embedded in the stone bar, there’s a series of little display cases — kind of like horizontal portholes, if you can picture that — each bearing a disc of pyrite resting on a bed of salt.

Navarro and his business partner, Tung Tran, opened Penelope in 2009, right before the East Bay cocktail boom did its official booming, and it’s hard not to notice how ahead of the curve the place is. There are big, framed paintings of birds on the walls and specials scrawled on a chalkboard and fresh fruits and vegetables in the drinks: If it were three blocks south toward Old Oakland or five blocks northeast toward Uptown, Penelope would be a totally different place — completely overrun, first of all, and loud as hell, and sceney in that sticky, self-conscious way. As it is, though, it has all the trappings of the kind of bar people are unconscionably eager to check into on Foursquare, but none of the pretension. This, if you can’t tell, is a very, very good thing.

Penelope’s cocktails are inventive and organic where possible, if the teensiest bit overpriced, and certainly well-made: The Penelope (tequila, fresh beets, apple, pear, lime, $9), for example, is interesting but completely not annoying about it, and the Jali Berry (Plymouth Gin, jalapeño, blackberries, Luxardo Maraschino liqueur, fresh lime, $10) is my official new summer drink, henceforth — but if you ask Navarro what his signature cocktail is, he’ll probably just smile, shrug, and ask you what you like, with zero attitude. Penelope is pretty much exclusively an after-work bar — it closes at 10 and is only open weekdays — and as such, skews a little older than its Uptown counterparts; Most nights, the regulars take over the east curve of the bar for a contained-but-contented dice game. The chalkboard specials wall is a little smudged sometimes, and the busts and board games are joined, incongruously and utterly charmingly, by a vaguely terrifying painting of a mime that Navarro’s father donated to the bar and nobody had the heart to get rid of. According to Navarro, the porthole-pyrite was supposed to react with the salt in some way — turn it a different color, maybe; he’s understandably fuzzy on the details — but that never actually happened. He doesn’t seem to mind.