The car and weed capital of the world has become one of the first major cities to roll out a breathalyzer for pot. Sort of.

<a href="http://abclocal.go.com/kabc/story?section=news/local/los_angeles&id=9374443
“>ABC News is reporting that the LA City Attorney is deploying oral swab tests in the field that can detect the presence of marijuana’s main active ingredient, THC. The swabs could lead to convictions for driving under the influence. 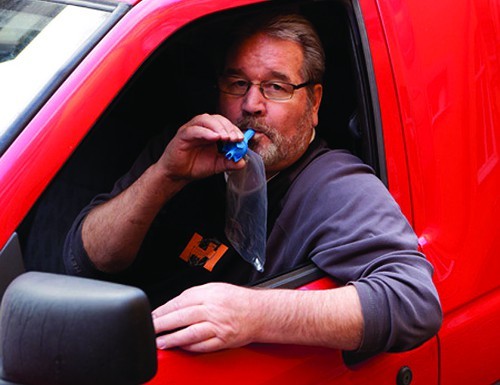 As your humble columnist reports in the latest issue of CULTURE magazine, such swabs are not breathalyzers in the traditional sense. They can’t tell officers how much THC you have in your system. But combined with ‘zero tolerance’ ‘per se’ laws like those in Arizona, they don’t need to. The mere presence of broken down pot molecules in the body weeks after last use is enough to convict in Arizona.

In California, the bar is higher. Driving high is illegal, but prosecutors have to prove you are high. There is no “per se” limit on pot like alcohol’s .08, because the presence of THC does not correlate to impairment like it does with alcohol. Still, these new THC swabs will help L.A. cops build their case, … and hopefully scare some stoners into taking advantage of pizza delivery instead of take-out options.