GoldieBlox, an Oakland-based toy company that encourages girls to become engineers, is publicly feuding with the Beastie Boys over its new viral advertisement. The company, which aims to push back against gender biases in the fields of science, technology, engineering, and math, has received a lot of attention over the last week for its catchy parody of the Beastie Boys’ song “Girls.”

And now, GoldieBlox has taken legal action against the band in what appears to be a preemptive measure to thwart threats from the group — which has since released an open letter to the company, claiming that, while it supports the message of “empowering young girls,” it cannot condone the use of its music in a commercial ad.

Of course, the latest drama has created a fresh surge of publicity for the Oakland toy company.

Here’s an excerpt from the GoldieBlox suit, filed in US District Court in the Northern District of California:

In the lyrics of the Beastie Boys’ original song, girls are limited (at best) to household chores, and are presented as useful only to the extent they fulfill the wishes of the male singers. The girls are objects. The GoldieBlox Girls Parody Video takes direct aim at the song both visually and with a revised set of lyrics celebrating the many capabilities of girls. Set to the tune of Girls by the Beastie Boys but with a new recording of the music and new lyrics, girls areheard singing an anthem celebrating their broad set of capabilities—exactly the opposite of the message of the original.

The company goes on to argue in the suit that its song, as a parody on the original, does not constitute a copyright infringement and that GoldieBlox is protected through the Fair Use Doctrine. The filing thus seeks an injunction against the band from taking actions to enforce copyright laws through takedown notices or other similar measures. The company says its action is a response to direct threats from the band. 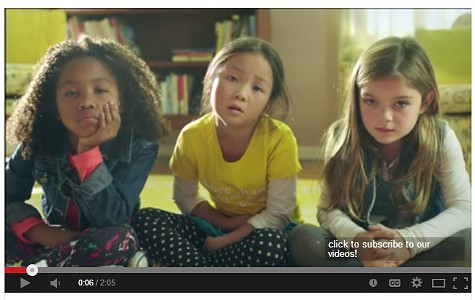 The Beastie Boys, in its open letter making the rounds today, says the band has a longstanding policy of not permitting its music or name to be used in product ads. The statement in full reads:

Like many of the millions of people who have seen your toy commercial “GoldieBlox, Rube Goldberg & the Beastie Boys,” we were very impressed by the creativity and the message behind your ad. We strongly support empowering young girls, breaking down gender stereotypes and igniting a passion for technology and engineering.

As creative as it is, make no mistake, your video is an advertisement that is designed to sell a product, and long ago, we made a conscious decision not to permit our music and/or name to be used in product ads. When we tried to simply ask how and why our song “Girls” had been used in your ad without our permission, YOU sued US.

Ad-Rock of the Beastie Boys tweeted a link to the letter to his followers, with this added message: We did not threaten to sue Goldiblox..THEY’RE SUING US. And Thom Yorke also weighed in, tweeting his praise for the band today: “I support the beasties here> I would be v upset too.!”

In case you haven’t seen the video, here’s a side-by-side of the lyrics, courtesy of the GoldieBlox lawsuit. From the original:

Versus the GoldieBlox version:

Girls to build the spaceship,
Girls to code the new app,
Girls to grow up knowing
That they can engineer that.
Girls. That’s all we really need is Girls.
To bring us up to speed it’s Girls.
Our opportunity is Girls.
Don’t underestimate Girls.

GoldieBlox has not yet responded to a request for comment from the Express.

Previous ArticleNorikonoko Shut Down By Fire, Plans to Reopen Next Summer