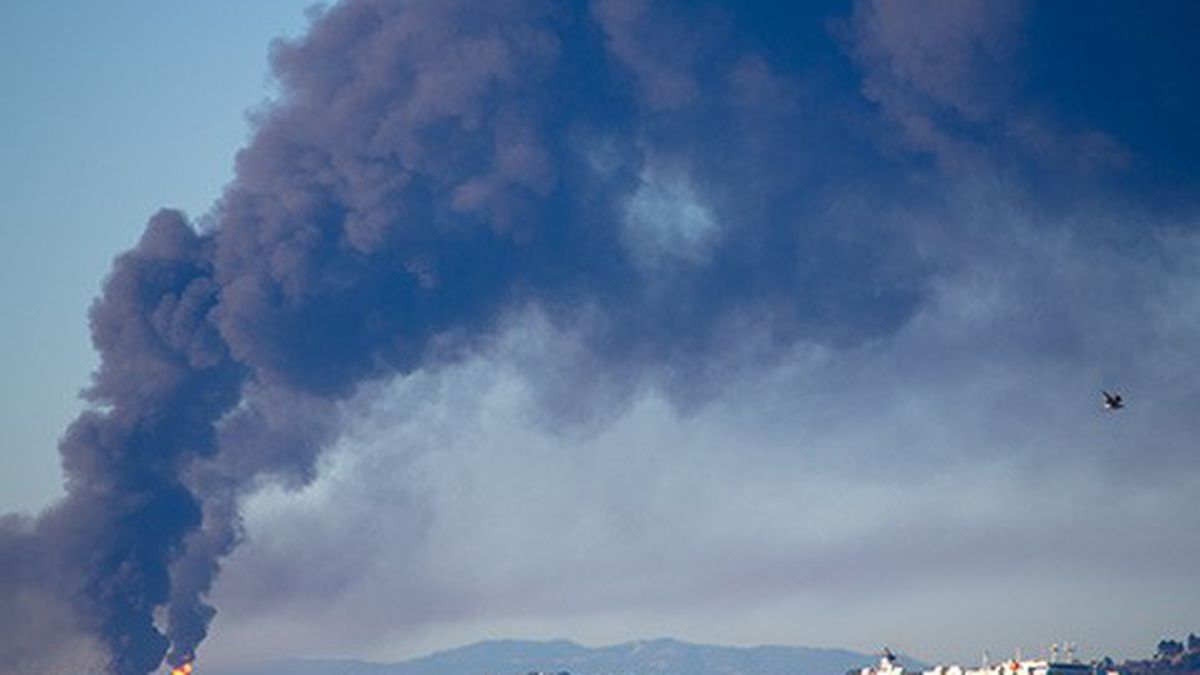 Bad Air? There’s a Pill for That

One of the most widely prescribed drugs in the United States may have an extra benefit: protecting people from air pollution. Statins, prescribed to lower cholesterol and reduce the risk of heart attacks and strokes, seem to diminish inflammation that occurs after people breathe airborne particles.

“Health impacts from spikes in particulates in the air are substantial,” said Dr. Norman Edelman, the American Lung Association’s senior medical advisor. “Statins seem to protect not only lungs from these impacts but the heart, too.”

About one in four Americans over the age of 45 takes statins, including Lipitor, Zocor, and other brand names.

Although drugs cannot be prescribed to protect people from air pollution, several studies show that people who take statins have fewer proteins in their blood that indicate inflammation of tissues, said Dr. Stephan van Eeden, an associate professor at the University of British Columbia who specializes in lung health. This inflammation may aggravate respiratory and cardiovascular diseases.

Most recently, a study of 1,923 US women found that those taking statins are less likely to have signs of inflammation, said Bart Ostro, an epidemiologist with California’s Office of Environmental Health Hazard Assessment who led the study.

“There are some specific groups [such as diabetics] that seem to have higher levels of inflammation after long-term exposure,” Ostro said. “On the converse side, we found that people on statins seem to be protected from the inflammatory effects of PM2.5.”

Among women taking statins, there was no association between PM2.5 – the tiny particles emitted mostly by burning diesel and other fossil fuels – and the proteins indicating inflammation, while for most of the other groups the links were quite strong.

This is not the first time researchers have noticed this link: University of Michigan researchers found decreased blood indicators of inflammation in people who took statins in a study of 92 people in Boston. A national study of 5,778 people also reported that statins canceled out the presence of signs of inflammation from PM2.5, carbon monoxide, and nitrogen dioxide.

Scientists believe that inflammation is a key factor in heart disease.

“The older thinking was that plaque in coronary arteries caused heart attacks,” Edelman said. “Now the thinking is that it’s also due to some living tissue under plaque that gets inflamed and that disrupts the plaque. We already knew statins ameliorate heart disease, and always thought it was through lipids, but here’s a new pathway.”

Around the world, studies have shown that whenever particulates increase, deaths from heart attacks and respiratory disease rise, too. Experts estimate that fine particles are linked to about 800,000 deaths annually worldwide.

Particulate pollution has been on a steady decline in the United States: The national average for PM2.5 decreased 34 percent from 2000 to 2013, according to the Environmental Protection Agency. However, high concentrations of the pollution still persist in some cities with heavy traffic and industry.

When van Eeden and colleagues gave statins to rabbits before exposing them to particulate matter they exhibited decreased lung inflammation. In a second study of rabbits, statins seemed to help clear large particles from the lungs by promoting the movement of white blood cells to nearby lymph nodes, which protects the lungs against pending inflammation.

“It’s clear that if the animals are treated for about a month with statins before they’re exposed to particles, you can significantly lower the amount of particles generated in the lungs and decrease the blood vessel inflammatory process,” van Eeden said.

In a 2011 study in Argentina, mice given Zocor prior to exposure to oil fly ash or particulates did not experience lung injuries and inflammation like their non-treated counterparts did.

Van Eeden and colleagues are now trying to figure out if the animal findings hold true for human lungs. So far, their work looks “very promising,” he said.

“Once again it suggests anti-inflammatory properties and seems to clear the particles,” van Eeden said. “And these were people chronically exposed to air pollution or cigarette smoke.”

However, it’s too early for doctors to prescribe statins for people exposed to air pollution, said Dr. Martha Daviglus, a cardiovascular epidemiologist at Northwestern University and University of Illinois.

“We need more evidence. We already have a lot of people taking statins for cholesterol, and we don’t fully know the effect of taking the drugs for years and years, and decades yet,” Daviglus said.

The number of people taking the drugs is already expected to rise as the American Heart Association last year advocated for increased statin use to combat high cholesterol. Lipitor is one of the most common statins.

It remains unclear if people would have to take statins immediately prior to breathing air pollution, and, if so, for how long, in order for the drugs to help.

“It seems they have some good effects with regards to air pollution, but we need to conduct clinical trials with people living near roads or high-emitting facilities,” Daviglus said.

Ostro said it would be “somewhat of a leap” to prescribe statins to mitigate air pollution impacts, given some of their known side effects, such as liver problems.

Food and Drug Administration spokesman Kristofer Baumgartner said that any new claims about additional benefits for a drug have to be reviewed by a team of scientists, and the benefit would have to outweigh any risks.

Two pharmaceutical giants that sell statins, Pfizer and AstraZeneca, would not comment on the air pollution studies.

Guv: I’ll Shut Down State If I Don’t Get My Way