.A New Home for the Hip-Hop Academy 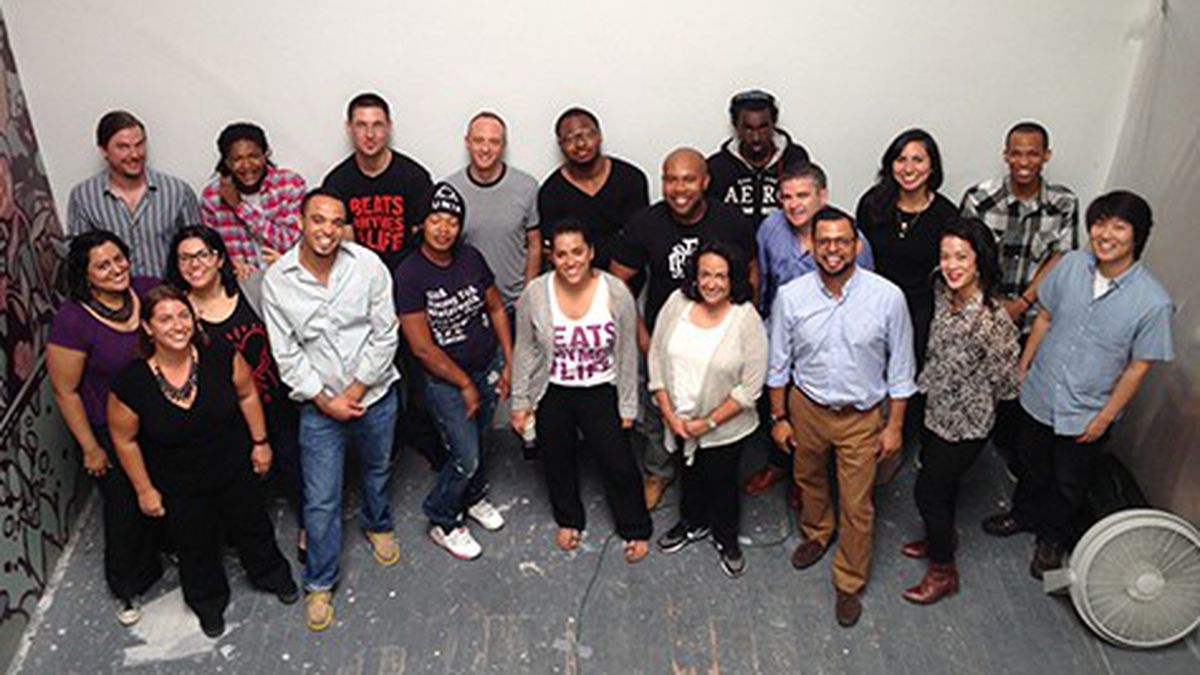 The new Beats Rhymes and Life headquarters is going to be decked out with a professional recording studio, complete with a neon “In Session” sign above the door that will light up when it’s in use. The private room will also be the venue for members of the Oakland-based hip-hop therapy organization to meet with their therapists, at which time the “In Session” sign will also be illuminated. The sign’s dual meaning is fitting at an organization at which producing hip-hop music and working through personal trauma are interwoven.

Beats Rhymes and Life (BRL) was founded in 2004 when social worker Tomas Alvarez III and artist Rob Jackson began developing an innovative hip-hop therapy method that rejected the usual approach to mental health and instead engaged high school students in therapeutic programs that were grounded in their own interests. When I met Alvarez in the soon-to-be BRL headquarters last week, he explained that many Oakland youth suffer from post-traumatic stress disorder not only because of abuse and hardship, but also because of the taboo of seeking out mental health services and the insufficiency of those services at providing effective, long-term treatment. The goal at BRL is to undo the stigma against receiving mental health services by making therapy cool, and empowering youth by centering them in their own healing. “When I saw kids free-styling at lunch, and they were the same kids who were on the verge of getting expelled and suspended, that the school was trying to engage in therapy, to me, it was a no-brainer,” said Alvarez.

Now, eleven years later, Beats Rhymes and Life is a highly visible Oakland nonprofit with programs in schools across the Bay Area as well as on the East Coast. Its hip-hop social workers teach students to work through trauma by expressing themselves through music, and even teach them to produce and record albums.

BRL secured the space for its headquarters in 2012, and has gradually been working to transform it. The spacious storefront near the Grand Lake Theater was once a musty, oddly designed art gallery with six layers of dirty carpet covering the floors, but it’s come a long way. The extended period of renovation has overlapped with the organization’s nurturing of its first ever class of BRL Academy peer mentors, a parallel that has contributed form and meaning to the space.

BRL’s traditional program is offered in high schools and community centers and is primarily designed to help high school-age students. Its other program, known as the Beats Rhymes and Life Academy, started nearly four years ago after Damonte Wilson, an alumni of the BRL high school program, had been kicked out of school and was feeling as if the world had nothing to offer him. All he knew was that he wanted to help other youth have the transformative experience he had through BRL, so he kept asking organization staffers if he could be involved in any way. Alvarez and his colleagues finagled some money to create a position for Wilson to receive training as a facilitator. Soon enough, other alumni heard of the opportunity. Although the organization didn’t have any extra funds, the employees agreed to take pay cuts in order to create an academy of five members to learn how to teach the BRL programs.

Today, the academy is a developed four-year program in which members learn peer mentoring, social work, and music production skills. “We’re trying to build what we call a pipeline into the helping professions for youth who are the experts on their community,” said Alvarez. “If they can learn the skills to be helpers and healers, they’re going to be far more effective in supporting youth in their community than anyone else.” Alvarez said that one day he envisions his academy members taking over the organization.

BRL will be adding four new academy members this fall. The headquarters will be a space at which both academy members and employees can work together, debrief, relax, record, and mix and master work done by their students. BRL programs will still take place on site, out in the community, but the new headquarters will mark a milestone in grounding the organization’s presence as a long-term resource for Oakland’s youth. It will also be a venue at which the general public can interface with the organization, and attend workshops and performances.

BRL has garnered significant community support throughout the years, and it has been able to leverage that support in creating its new headquarters. The organization received numerous in-kind donations through community partnerships, including approximately $30,000 in architectural design work by Mallory Cusenbery, who designed the REACH Ashland Youth Center in San Leandro.

Cusenbery designed the BRL headquarters through a youth participatory process in which he engaged BRL academy members in a series of workshops to envision what they wanted out of the space. He then put together an elaborate floor plan that includes an office area, classroom space, recording studio, turntable station, art gallery, lounge space, and Bay Area youth hip-hop archive.

But BRL still needs $15,000 to complete the final renovations. On July 16, the organization launched an Indiegogo campaign (BRL-Inc.org/HQ) to raise the funds, which will run through August 31.

As Alvarez led me through the BRL clubhouse, he continually pointed out the many ways in which the design of the building works as a physical embodiment of the organization’s mission and methods — such as the “In Session” sign. When referring to the youth they serve, BRL employees never use the term “at-risk.” Rather, they prefer “at-promise,” to acknowledge the youths’ potential. That same outlook helped them see the potential in the once worn-out space that is soon to be their headquarters. “Using the term ‘at-risk’ is like coming into the space and only seeing all the work that needs to be done and being like ‘I don’t wanna touch this,'” said Alvarez. “But when we look at the space, we see what it can be. When we look at young people, we see what they can be — what’s inside that just needs to rise to the surface.”