.Lonely at the Top

Shotgun Players continues its season of hosting female-driven dramas with Caryl Churchill's Top Girls, a play that explores the consequences of "having it all." 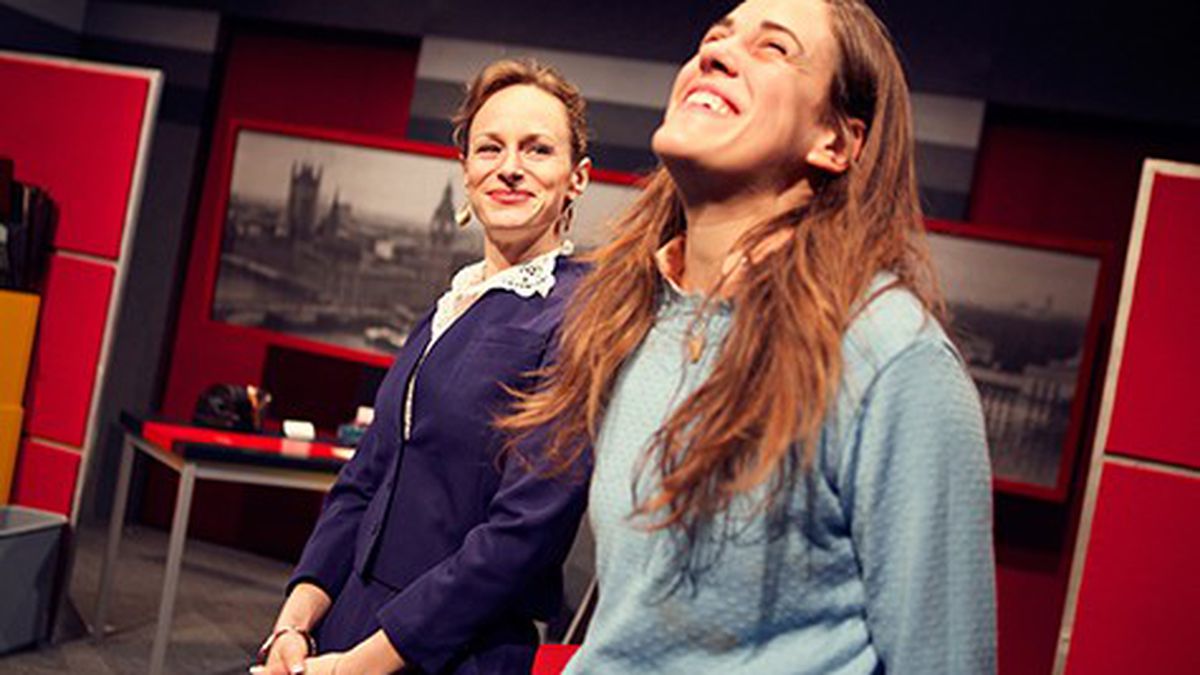 There’s something about the opening dinner scene in Top Girls that makes you feel as if you’re a guest at the table. Maybe it’s because a glass of champagne comes with the purchase of a ticket, maybe it’s because the predominantly female audience seems like an extension of the all-female cast, or maybe it’s because the conversation unfolding on stage feels similar to one you might share with your own friends. Whatever the cause, director Delia MacDougall’s revival of Caryl Churchill’s famous play about gender and class reminds audiences why the original was such a hit more than thirty years ago, when it was first performed.

The year is 1982, the setting is Thatcherite London, and the unlikely cohorts have come together to celebrate the recent promotion of the host, Marlene (the acerbic Kendra Lee Oberhauser). For Marlene, a modern woman even by today’s standards, this imaginary dining fete will be her only reprieve from the criticism she faces as a childless, unmarried, and successful woman in her thirties. The loquacious bunch laugh, talk over one another, and get positively “smackered” as they share their greatest pleasures and their greatest pains — the latter of which usually involves a story about a dictatorial man or a society that barred them from making personal choices. The audience can barely discern who is speaking and when, which is trying at times, yet somewhere through the din, the feminist ideological framework of the play emerges.

Other than the few untidy bits of dialogue, the dinner is the comedic zenith of the entire production. The jubilant atmosphere on stage spreads quickly through the audience, and the scene’s few moments of sobering poignancy are not easily forgotten. When Marlene asks the non-rhetorical question, “Why are we so miserable?” between ironic laughs, her guests hardly stop to consider the question, as if to say that unhappiness has been the natural plight of women for as long as history has been recorded. It’s in this moment that the comparison between Marlene — who has the lucidity and birth year to realize that happiness should be hers — and her dinner guests becomes pronounced for the first time. Their differences remind audiences how far women have come in the quest for gender equality, but their significant similarities serve as a reminder that the journey is far from over.

The end of this fantastical sequence leads to Marlene’s reality, which is less enjoyable for both her and the audience. She is a rising star at an employment agency, where many of the performers from the dinner sequence make reappearances as haughty coworkers or go-getting job seekers. “Can you type?” becomes a recurring question in office dialogue — one that, along with age, sums up a woman’s potential in the workforce. This second act is fairly insignificant, except for set designer Erik Flatmo’s slick, neon office décor and the introduction of Angie, Marlene’s puerile niece, and Joyce, Marlene’s bitter sister. Cain and Hallett skillfully portray the mother and daughter, respectively, and both match Oberhauser’s formidable performance as Marlene. The resentment between the two sisters — one a tired single mother working as a maid and the other a smashing success in London — is intense. Plus, their interactions lead to some big reveals.

Eventually, the audience finds out that earlier in life, each sister made decisions that came with great sacrifice, and when their decades-long grudge is finally exposed, it makes for a third act that beats act one by virtue of sheer emotional power. The loaded questions of who is right, who is happier, and who is better off pervade the dialogue, but Churchill never explicitly provides an answer, and MacDougall is smart to follow suit. Today, the right to choose one’s own destiny lies with the individual, and it’s a right that the women seated at Marlene’s dinner table would surely have been grateful for.