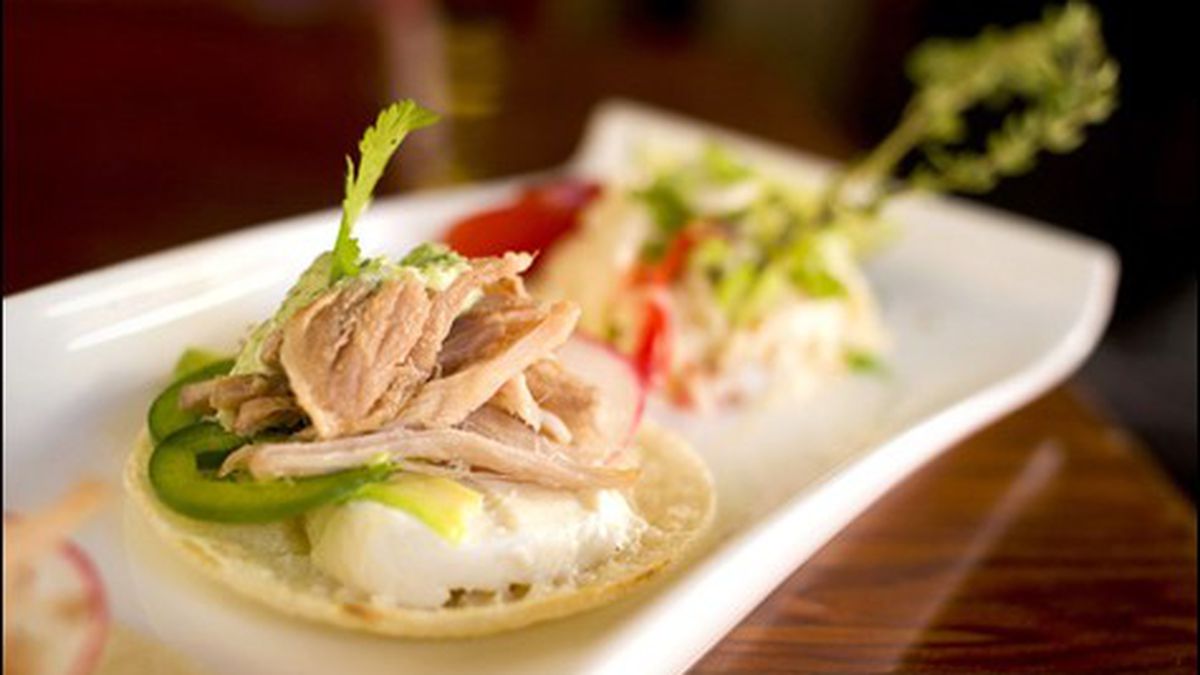 A Berkeley Institution Gets Reinvented

All I remember about Joshu-ya Sushi Bar when I was a student at Cal, decades ago: a sun-faded, bamboo roll-up fence enclosing a patio I could never quite see into. Though close enough to campus, Joshu-ya broke the rule of restaurants in the student bubble. Every other place hawked cheap food — things you’d eat when you were sick of limp, gray, steam-table broccoli and craved something vivid, with rubbery cheese. Or if you had the munchies, drawn into the freaky theater of lights and people talking in muddy bass notes around the periphery of a psychoactive bubble, every synapse bending in the service of an unbelievably delicious Polish sausage slippery with mustard.

Joshu-ya existed apart, in the sophisticated world of actual restaurants. It was a place I imagined I’d go with a date someday: a woman I could order “foreign” food for, deftly using chopsticks, earnestly holding forth on Rothko and Bach.

Turns out I never did have a date like that when I was student, and after I graduated and moved to San Francisco my idea of a date had moved on, too. I ended up seeing some guy — a chef — who lived in the apartment building across the alley from Joshu-ya, but he cooked for us, and we, uh, well, we never went out. The sushi bar was still there, behind its gray bamboo fence on pale mornings hustling back to BART, still there when I moved back to the East Bay, after years of eating in other Japanese restaurants, other sushi bars, other places where I learned to be agile with disposable chopsticks.

By then my notion of a sophisticated restaurant also had shifted, like an image scrolling down a slowly moving screen. Joshu-ya seemed anything but sophisticated, a place firmly lodged in the student zone, its sidewalk scattered with kids in Cal sweatshirts and backpacks dangling mini stuffed animals. For all that my perceptions had changed, Joshu-ya seemed stuck, one of those places in a university town that never changes, like the fondue dive with funky carpet or the sausage stand ministering to new generations of the glassy-eyed stoned.

A couple of months ago, Joshu-ya finally changed. Jason Kwon, a 27-year-old with a degree in economics and business entrepreneurship, took over the place and vowed to modernize it. He’d run a sustainable-foods catering company in Washington, DC, and founded an organization called Couteaux Review, which I don’t totally understand even after finding its Wikipedia page, but whose website describes it as “an epicurean organization that promotes sustainable agriculture within the culinary industry.” It seems to exist to give props to chefs around the world who are sensitive about their impact on the environment. Sounds awesome, I say.

Doubly awesome that Kwon managed a makeover of Joshu-ya, changing the name to Joshu-ya Brasserie, knocking down the weathered bamboo screen, and erecting a substantial-looking wooden fence painted carmine red. As for the interior, well, I can’t quite speak to the degree of change, but the place is nice: propane-warmed patio, the restaurant itself a trio of rooms with a look achieving sushi-bar standard, though the front room’s moon window eyeballing an outdoor fountain rimmed with plants is handsome.

The word “brasserie” on the sign out front is a tip-off: The menu sprawls in ways even Joshu-ya’s solid new fence can’t contain. There’s a nod to old-school Asian fusion (salad with Burrata cheese and wonton crackers with kalamata olives) and stuff that’s not at all Asian (pommes frites), but most dishes would exist comfortably on the menu of the old Joshu-ya Sushi Bar.

That includes a list of American-style maki. If you’re a fan of Super Crunch and Spicy Crunch rolls, you already know what to order. I’ll just say that the Joshu-ya roll has enough fatty unagi sweetness, shrimp-veined umami, avocado richness, and tempura-batter crunch to satisfy like a BLT with a Rice Krispies treat and a few popcorn shrimp slipped in.

A sashimi lunch plate looked as pretty as a tableau of Victorian feather flowers, all ruffly edges and precise fanning. The quality of the fish (hamachi, tuna, and salmon belly): not pristine, but no worse than at most neighborhood sushi bars. And where was the consciousness about sustainability? No shout-out from the Couteaux Review for this dish, I’m afraid.

Other dishes showed far more ambition than skill. Ankimo “foie gras” should come off the menu — the two seared discs were mushy, fishy, and sticky. A couple of seared scallops were only marginally better, the “marginally” part having to do with a pasty purée of mushrooms and bacon that coated them the way froth sheaths a spittlebug.

No, saba shioyaki — grilled mackerel, with its stiff texture and oily staleness — was not good, but jalapeño pork belly soba showed better. The noodles (dressed with chile-laced ponzu) were a bit soft, but the strand cluster of meat was worth picking at with chopsticks.

The two best things I ate (not even bothering to describe the yuzu cheesecake) were drinking snacks. Sweet potato tempura fries showed off a crisp, lacy coating. Amuse-bouche-sized Brasserie tacos showed up with the same soft pork belly that redeemed the soba, with taco garnishes — avocado, radish, jalapeño — that didn’t try to fuse anything.

I gotta say, though the two visits I made to Joshu-ya made me think he’s not quite up to the task of running a restaurant with a menu this large, I sort of feel for Jason Kwon. It can’t be easy to try to remake a restaurant that’s lived as long as Joshu-ya has into something more modern, something that reflects this particular moment in food, with its concerns about sourcing and its fondness for bar snacks (also: tacos).

And anyway, looking around at the students inhabiting most of the tables here one night last week, I thought: How would Joshu-ya look if I were nineteen? Pretty damn sophisticated, I thought.