The US Attorney’s Office for the Northern District of California — which has conducted an almost two-year long crackdown on state-legal medical cannabis businesses — strongly indicated today that the office’s anti-pot efforts will continue on their current course, despite a historic White House posture-change with regard to medical and recreational marijuana.

The White House said Thursday that the Department of Justice will not sue to stop the implementation of pot legalization in Colorado and Washington, adding that prosecutors should not spend their time working to dismantle lawful medical cannabis systems in the twenty states where it is legal. 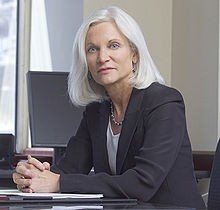 US Attorney Melinda Haag, who oversees the Northern District of California, has been trying to seize the property of Harborside Health Center, a permitted dispensary in Oakland, as well as its sister location in San Jose. Haag also is attempting to seize Berkley Patients Group’s building in Berkeley, and has dismantled Mendocino County’ medical pot farming permit program.

Lili Arauzhaase, speaking for the US Attorneys Office in the Northern District told us today:

“At this time the US Attorney is not releasing any public statements. The office is evaluating the new guidelines and for the most part it appears that the cases that have been brought in this district are already in compliance with the guidelines. Therefore, we do not expect a significant change.”