1. US District Court Judge Thelton Henderson fired Oakland police Compliance Director Thomas Frazier after the department took a step backward under Frazier’s command in its efforts to implement court-mandated reforms, the Trib$ reports. Henderson, who had hired Frazier last year, gave his responsibilities to Court Monitor Robert Warshaw. Police watchdog groups had criticized Frazier for growing too close to the Oakland police union, which has been the primary roadblock to implementing the federal reforms. 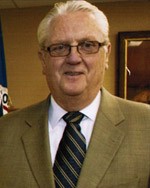 2. Oakland police and the CHP called off an Amber Alert after discovering that there had not been a kidnapping outside a Safeway store on Redwood Road, the Chron reports. Police said that a witness who reported the supposed kidnapping had gotten it wrong — and that there was no child in a vehicle that a shoplifting suspect had used to drive away from the market. Instead, it was a woman whom the man knew.

3. State Assemblywoman Cristina Garcia of Southern California introduced a bill that would prohibit lobbyists from hosting lavish “fund-raising” parties for their clients and politicians, the SacBee$ reports. The legislation comes in response to a recent scandal in Sacramento involving a high-powered lobbyist who held at least 26 such parties involving 40 politicians, including Governor Jerry Brown.

4. East Bay Assemblyman Jim Frazier of Oakley has introduced a bill that would require Governor Brown to seek voter approval of his giant water tunnels plan before it could be built, the SacBee$ reports. Frazier pointed to the rising costs of the project and the fact that state taxpayers may have to help pay for it.

5. The drought is having a severe impact on organic dairy farms in the North Bay, because there isn’t enough green grass growing on pastureland in the region, the Chron reports.

6. And Comcast has struck a deal to buy Time Warner Cable for $45 billion, raising concerns about one giant company being able to further restrict access to what people can watch on TV or download on their computers, the LA Times$ reports.