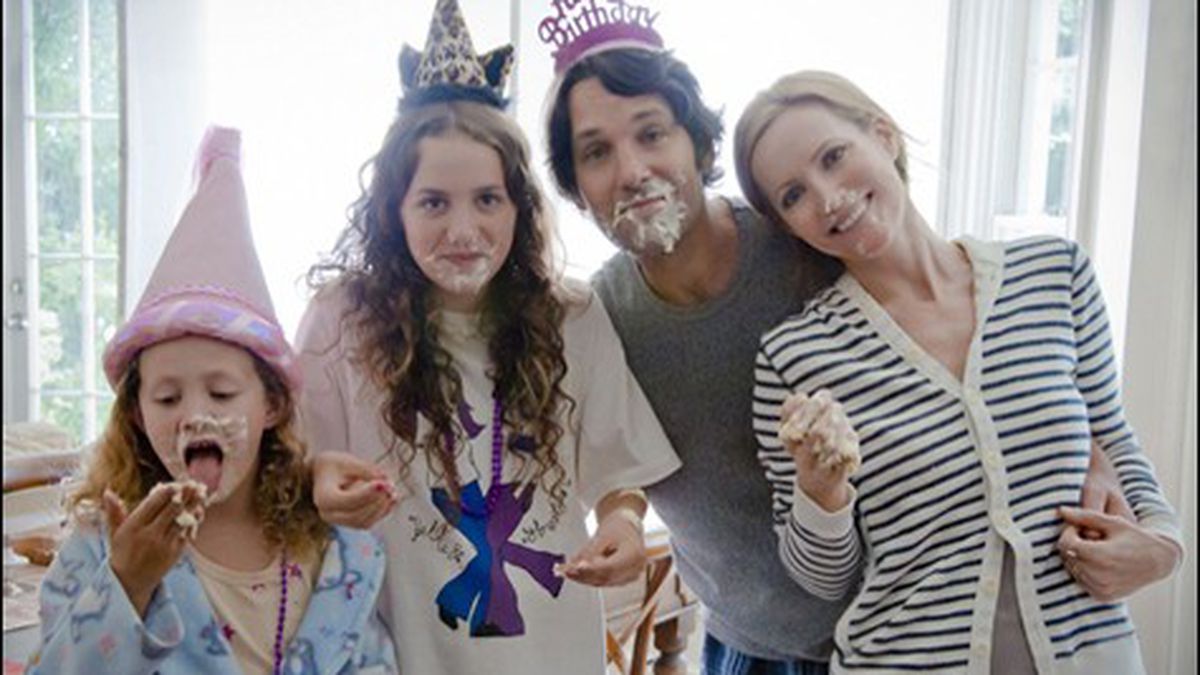 No, this is forgettable.

Judd Apatow has reached the “Is he still around?” phase of his career. Latest evidence: This Is 40, a flaccid, glum sequel to the writer-producer-actor-director’s 2007 Knocked Up.

One-time box-office magician Apatow (Superbad, The Forty-Year-Old Virgin, Pineapple Express, Get Him to the Greek) has always used romantic comedies such as Forgetting Sarah Marshall as a sort of pressure-release valve for his young-male-demographic romps, with the guy-pleasing gross-outs replaced by more snuggly couple-friendly pursuits, like reuniting with ex-lovers and emphasizing your inner warmth. This Is 40, built around the Pete (Paul Rudd) and Debbie (Leslie Mann) characters, fearlessly frog-marches that formula into middle age.

Pete’s business venture, Unfiltered Records, is plagued by unhappy workers, poor sales, and the frustrations of trying to sell old-fashioned rock music in 2012. On top of that, Pete’s dad Larry (Albert Brooks) is a luftmensch who has borrowed money from his son in part to finance his new family — money Pete now needs back. On Debbie’s side, the aggravations include her own uptight father (John Lithgow), the lack of passion between the spouses, and the implied threat of her outrageously sexy young girlfriend, Desi (Megan Fox). In other words, it’s a pure TV-style toothless sitcom. Then there are Pete and Debbie’s two young daughters, played by the filmmaker’s children, Maude and Iris Apatow. So add nepotism to the indictment.

Boyfriends/husbands squirming distractedly in their theater seats between trips to Fox’s breasts are thrown a bone every now and then, a reminder of the naughty schoolboy humor that put Apatow on the map: some gynecologist business, the money shot of spread-eagled Pete attempting to address his butt problem, and so forth. But the thrust of the comedy is along the lines of scratchy-voiced Debbie dealing with her pregnancy and promoting a gluten-free diet at home. Typical laugh lines pop up, for instance, when she goes to a singles bar. Pete suffers fools gladly, but he’s a nice guy. Debbie’s anxieties revolve around birthdays and the issue of honesty. Russell Brand is nowhere in sight. This is not 40. This is forgettable.