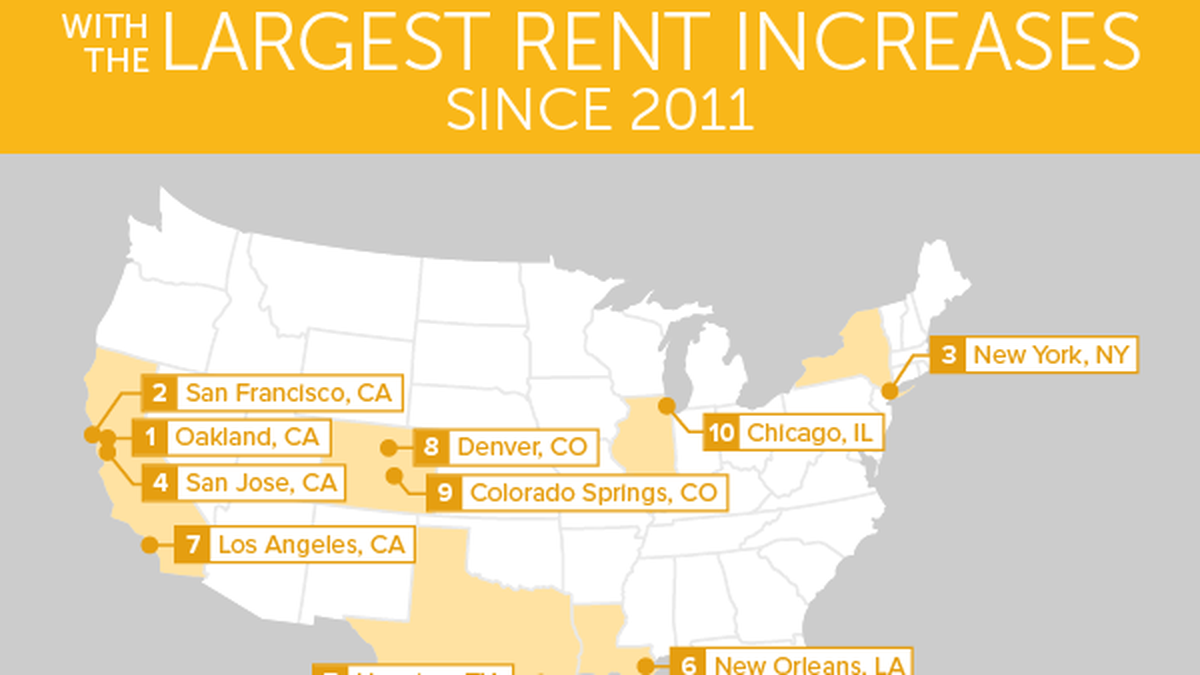 Study: Oakland’s Housing Affordability Crisis Is the Worst Among Major US Cities

By Darwin BondGraham
Dec 9, 2015
Yet another survey was published today showing that rents in big cities are rising fast. But today’s survey, conducted by SmartAsset, shows that since 2011 Oakland’s fair market rent prices have far outpaced every other big US city, and that housing affordability in Oakland is slipping out of the hands of most of its residents. If the average Oakland renter had to move tomorrow into a market-rate rental apartment, they would need to pay a staggering 70 percent of their income on rent.

[jump] According to SmartAsset, fair market rents in Oakland have nearly doubled since 2011. But the median income earned by city residents has only increased by 11.3 percent. This means that average rent as a percent of median income increased from 44 percent in 2011 to 70 percent today.

“No one who lives in the Bay Area will be surprised to learn that the region is becoming unaffordable more quickly than any other in the US,” wrote SmartAsset’s data editor Nick Wallace in a blogpost published today. “While incomes have increased in recent years, they have not kept pace with skyrocketing rent. This is especially true in Oakland.”

Other cities are seeing similar gaps grow between the average person’s income and rental prices, but they are much lower than Oakland. For example, in San Francisco, rent as a percent of income was 36 percent in 2011. Today it’s 48 percent. Among the fifty cities SmartAsset studied, only New York City residents pay more of their total income in rent than Oaklanders.

San Jose and Los Angeles were also in the top ten cities identified by SmartAsset that saw the biggest percent increases in rents relative to incomes.

As the Express has reported over the past several years, long-time Oakland tenants are being pushed out of the city as rents rise and landlords seek to reap windfall profits. Families are being priced out of the single-family home market by big corporate investors and big private investors who are buying houses as investments, houses which are exempt from rent control.

Oakland’s leaders have known for years about the city and region’s housing crisis, and solutions have been proposed over the past two decades, including recent efforts to adopt a basket of affordable housing policies, and more specific efforts to fund affordable housing through new fees. Oakland has made some progress, moving forward with new rules to increase density through reduced parking and promote the construction of new backyard rental units. Other policies like inclusionary zoning have been repeatedly killed by developers and their lobbyists, however. And some Oakland officials have failed to acknowledge the housing crisis.

Overall, Oakland’s leaders have yet to take action on policies that would have the biggest impact, and time is running out to shape the current economic boom in an equitable way.