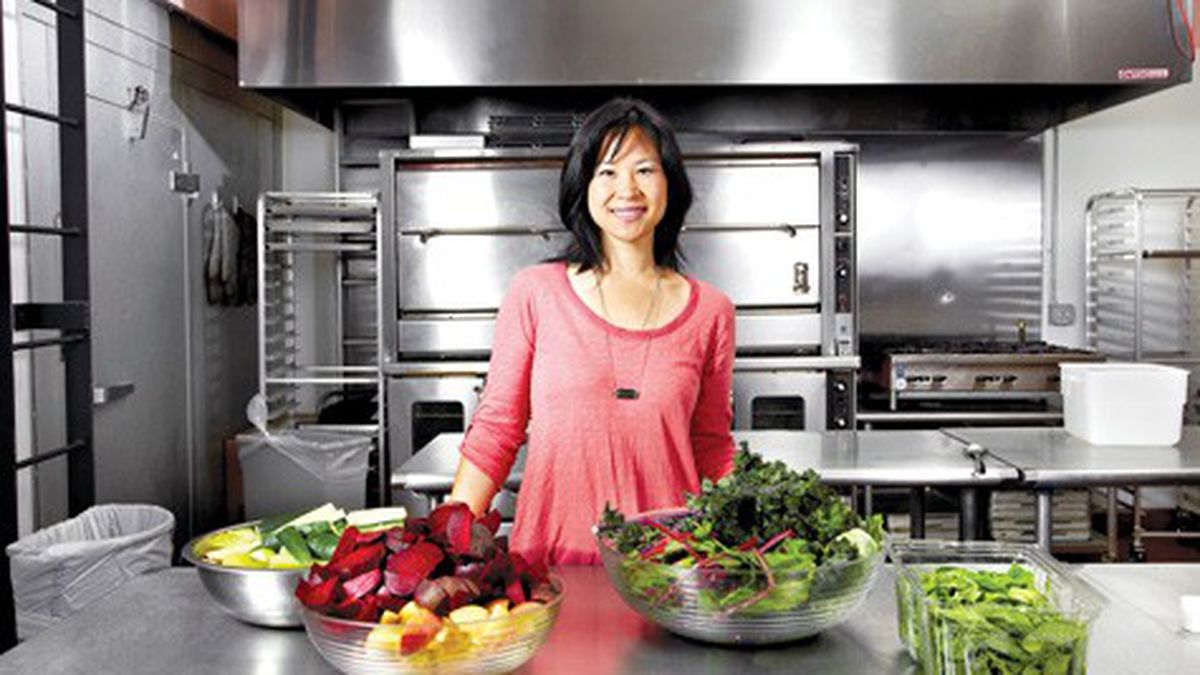 So You Want to Start a Food Business

These days it seems like everyone and their aunt have pondered the idea of quitting their day job to open the next great American cupcakery or gourmet food truck. Maybe all your friends say your homemade brownie/jerky/hot sauce is the stuff of legend, but how do you turn that knack into a viable job? How feasible is it, really, to start a small food business from the ground up?

We talked to the proprietors of several East Bay food businesses to get you the scoop on the challenges you might face as a fledgling food entrepreneur.

One of the first steps to launching a viable food business is to develop a kick-ass food item that people actually want to buy. You need to make sure that your food is delicious, of course, but you also need to make sure the market isn’t already saturated with too-similar products.

Gail Lillian, the proprietor of LIBA Falafel — one of the Bay Area’s first gourmet food trucks — said she’s seen too many aspiring food entrepreneurs get seduced by the flattery of friends and family.

Lillian stressed the importance of seeking out people who will give honest, realistic feedback.

As founder of Kitchener Oakland (372 24th St., 510-835-5885), a commercial kitchen and food-business incubator, Sophia Chang works with dozens of small food businesses. Chang estimated that a food entrepreneur’s actual recipe only accounts for about 30 percent of his or her success; the rest is all marketing and branding. “You can always bring in a consultant to help with the recipe,” she said. As a result, Chang counsels her kitchen’s tenants not so much on how their food tastes, but rather on how the product is presented to the public and how it looks visually.

Pop-ups and other informal food events can be another useful tool. Kitchener frequently hosts themed pop-up markets, where the vendors who cook at her facility can introduce their products to the public in a low-pressure setting — all they have to pay is a minimal ($20) stand fee.

Baron Baking’s Dan Graf decided to launch his now-thriving bagel business after bringing his bagels to a downtown Oakland community meeting. At the time, he’d yet to perfect his recipe, but the feedback he received was so overwhelmingly positive that he eventually decided, “You know what, maybe I can do this full-time.”

The Cost of Getting Started

The cost of permits and other associated fees alone can seem daunting to the first-time food entrepreneur. At the most basic level, every food business proprietor needs to acquire a food handler’s certificate, product liability insurance (which will run you anywhere from $500 to $800 a year to cover up to $1 million in liability, according to Chang), a business license, and a health department permit. If you’re launching a food truck business, there are even more fees — in Oakland, for instance, an additional permit is needed to sell at a city-approved “food pod.” The truck alone will likely run you upwards of $50,000. Then there’s the cost of renting commercial kitchen space to actually prepare your food. Kitchener’s rates are on the lower end of the spectrum, starting at $20 an hour for a minimum of ten hours a month — but that’s still another $200.

If you’re not certain you want to empty your savings account and max out your credit cards, there are a few intermediary steps you might take to test the waters. Chang always advises first-time food entrepreneurs to get to know their business slowly before dedicating all of their resources to it — for instance, by testing out their product among friends and family before even committing to a commercial kitchen. And she acknowledged one of the “dirty secrets” of commercial kitchens: A lot of food artisans actually do half of their prep work at home, illegally, while renting a kitchen for the other half. “They have to do that just to survive past the first year,” Chang said.

There’s another route, too: Ever since the California Homemade Foods Act passed earlier this year, licensed cottage food operators have been permitted to sell certain approved food products (basically, foods that can be kept safely at room temperature) that they cook in their home kitchens. Mollie Dutton-Starbuck is one of them; her business, Mollie Rose Baking Company, specializes in vegan and gluten-free baked goods. Dutton-Starbuck and fellow baker Benjamin Blustein launched the company after learning about the law because, while they’d long dreamed of opening a bakery, it had never seemed attainable. When the law passed, Dutton-Starbuck thought, “Well, this is the perfect opportunity for me to see if there’s a market for my baked goods” — a low-cost/low-risk way of doing it while still holding onto her day job.

That said, even though Dutton-Starbuck puts about twenty hours of work into the baking company each week, it won’t ever be more than a source of supplemental income so long as she stays within the parameters of a cottage food operation. Under the law, she can’t bring in more than $35,000 in total sales each year.

Help Is Out There

Fortunately, there is a wealth of resources available to aspiring food entrepreneurs if they know where to look. Lillian spoke highly of the San Francisco-based Renaissance Entrepreneurship Center, where she took a business planning class ($375-$750, with financial assistance available), during which she completed a thirty-page-plus business proposal and learned how to track her finances and market her product — the basics of running a successful business.

For many food entrepreneurs, finding the right commercial kitchen is one of the most important steps. In San Francisco, La Cocina (2948 Folsom St., San Francisco, 415-824-2729) is the most well known of these facilities — according to Lillian, it’s the name in the Bay Area for getting people into the street food business. Here in the East Bay, Kitchener has a shorter track record, but takes a similar approach. According to Chang, both businesses differ from many other commercial kitchens that claim to be “business incubators” in that they offer specific programs to help their food artisans. For instance, in addition to the semi-regular pop-up markets at Kitchener, Chang also hosts round-table discussions and does a lot of networking and outreach on behalf of her vendors.

According to Dutton-Starbuck, the best resource for prospective cottage food entrepreneurs is the Oakland-based Sustainable Economies Law Center, which helped draft the California Homemade Foods Act. Its website, CottageFood.org, includes the full text of the law and a handy list of Frequently Asked Questions.

Even for small-scale food entrepreneurs, a substantial loan might be the only way to get the business off the ground. The problem is that traditional lending institutions are extremely risk-averse, and the food business is notoriously high-risk. In Oakland, that’s where the Oakland Business Development Corporation (OBDC) can help. Director Oliver Scott explained that OBDC’s interest rates — 7.25 percent across the board — are higher than those offered by traditional banks, but the tradeoff is that the corporation will loan money to people who can’t get money from banks.

Scott said he’s much more likely to approve a loan if it’s clear to him that the applicant has thought through all of the contingencies and has done financial projections based on realistic numbers: “I understand, if you’re an entrepreneur, you think you’re going to make a million dollars. But I’ve been doing this a long time, and I’ve seen one business that made a million dollars in its first year. It just doesn’t happen.”

OBDC also tends to favor food businesses that have a proven track record — if they’ve already been successful selling at farmers’ markets, for instance. Unfortunately, that doesn’t bode well for the first-time entrepreneur. Scott said he often advises those loan applicants to first seek out alternative fundraising mechanisms, including crowdfunding sites like Kickstarter and Indiegogo. Once a food entrepreneur has a successful Kickstarter campaign, OBDC will view future loan requests in a more favorable light.

“To quote Stephen Colbert,” Scott said, “‘The market has spoken.'”

No Rest for the Weary

If you’re thinking about starting a food business, in the end what you really want to know is this: How difficult is it, really, especially during that crucial first year?

“Much more difficult than you think,” seems to be the consensus.

Lillian said that after she launched her falafel business in 2008, for the first two years she got up at 4 a.m. every morning. Because she couldn’t afford any employees, she was the one driving the truck and doing all of the cooking. There’s no getting around the hard work, Lillian said: “But I wish I had known sooner that it was okay to give myself a break.”

Graf, the bagel maker, said he went through eight months of twelve- to sixteen-hour workdays, without a single day off. His biggest piece of advice: If you’re going to risk everything on a business venture, make sure your personal life is squared away. The last thing the fledgling business owner needs is additional drama and distraction.

“But yeah,” Graf added. “You’re probably not going to get a lot of sleep either.”

The Secret of Saline